There was nothing routine about our 4th of July this year as we were away in San Francisco.  No rained out fireworks or fireworks in the parking lot of our local department store nor were there any hot dogs or hamburgers.  No swimming was on the agenda, but instead a stunning backdrop. There is something special about seeing the fireworks over the water, so when I planned this trip to California I planned it with the intent to see the fireworks in San Francisco.  However, if I had done my homework I would have learned that summertime weather in San Francisco can be like playing a game of Russian roulette and the best time to visit the bay area is in September or October.

While the temps were not to bad in the city center as we approached the pier the wind had us shivering all day long and had we not bought a few fleece blankets we would have never made it to the firework finale as it really was that cold. Who would have thought?  Not me!  We started the morning out trying to catch a cable car, but the service was limited and we were to late to buy a ticket.  The children did get a chance to ride on one of the vintage streetcars. Pretty cool in my book.  As I said, we went to the pier where we walked around, ate dinner, and waited for the show to start.  The few pictures I have of that day are only of the children in the city center.  I was to busy shivering to take any more pictures on the pier.  How did you spend the 4th?  All in all, we had a good time and I am sure this is a memory the children will never forget despite it being cold. 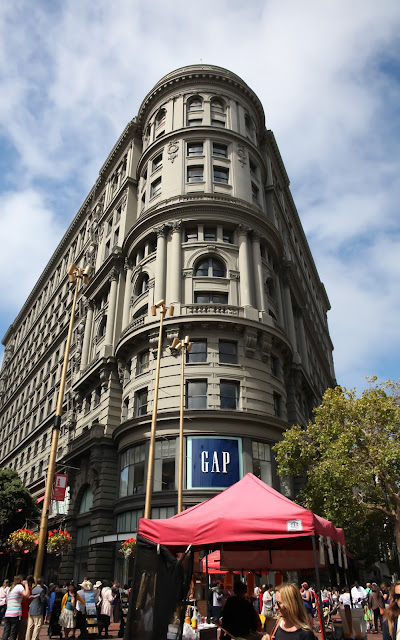 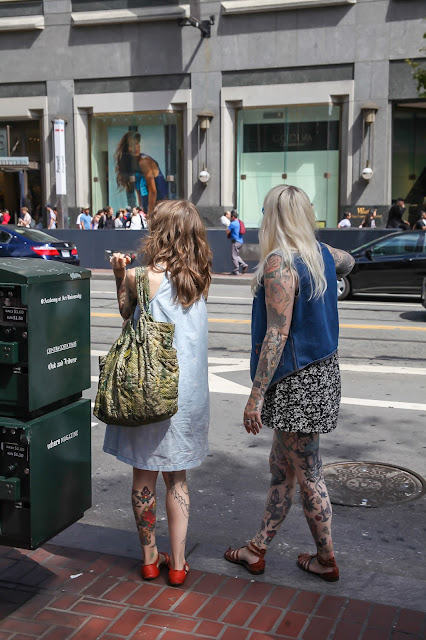 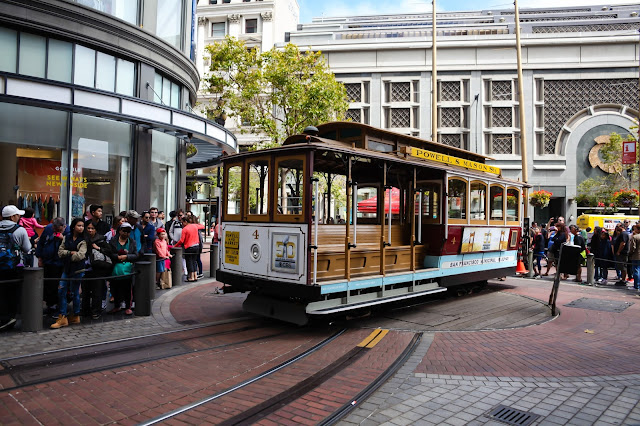 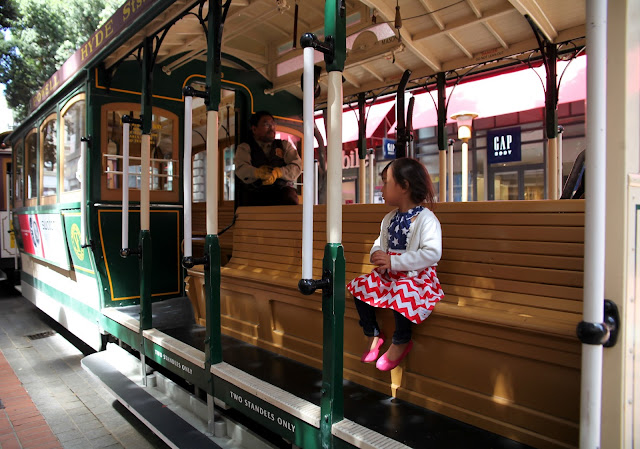 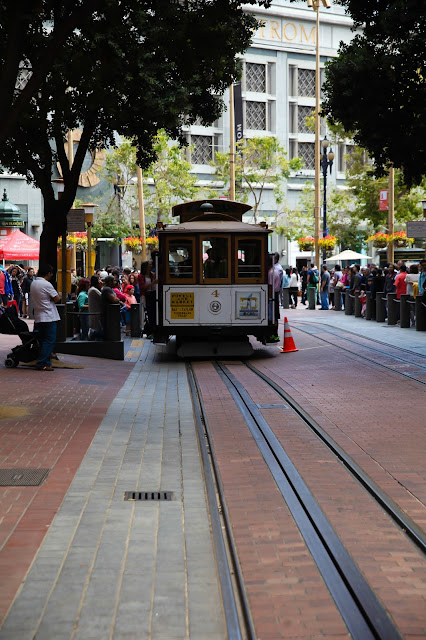 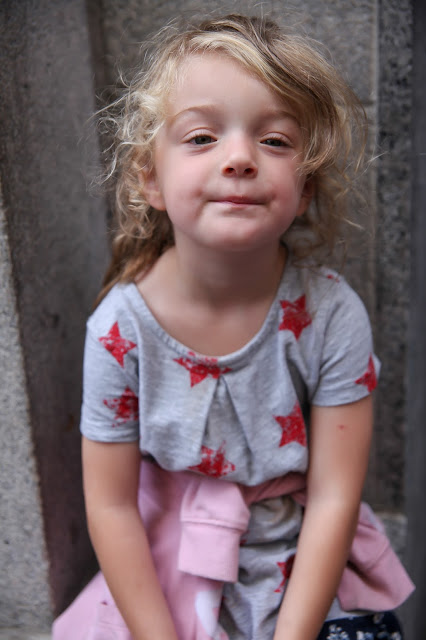 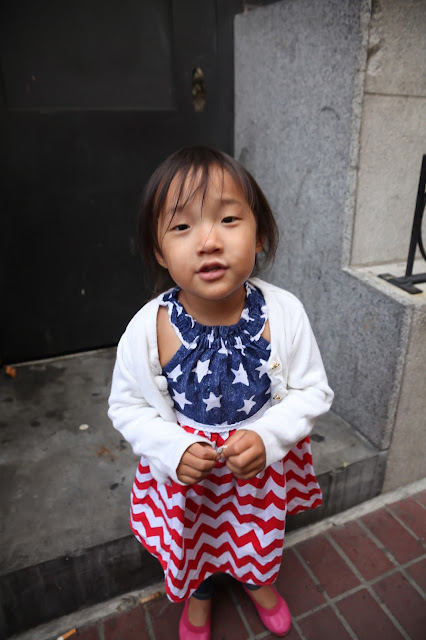 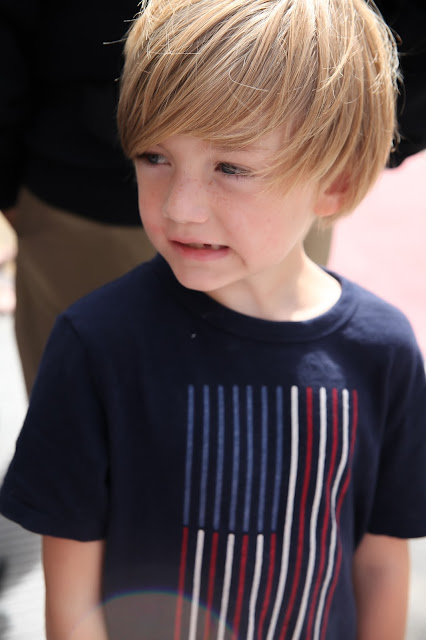 Not sure why I didn't get a photo of Winston in his 4th of July shirt, but he was dressed in Red, White, and Blue too!  We all were!  Oh, I should also mention it was pretty foggy during most of the celebrations, but just as the fireworks ended it lifted enough to make the finally pretty spectacular.

Kari said…
i love San Francisco!
sorry that your day was cold - sounds a bit like a London summer. the sun shines sometimes but just for show.
the kids look like they enjoyed themselves.