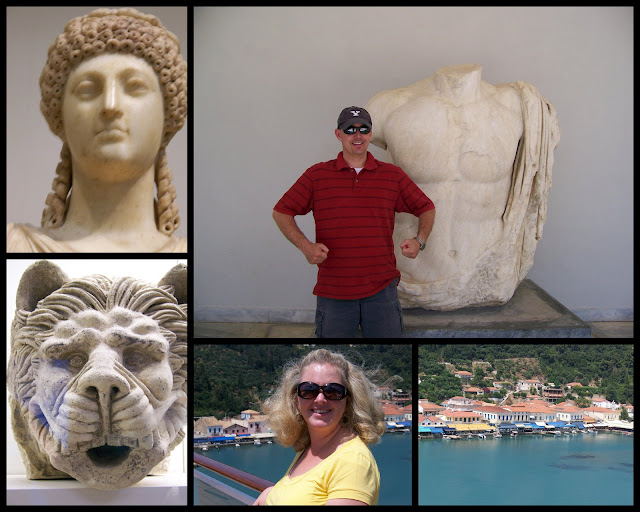 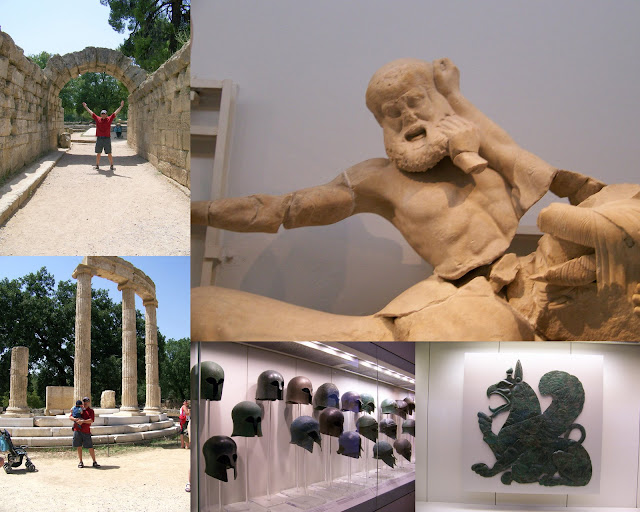 If you do a little research you can make you make your own excursions for a fraction of the price. However, there are some advantages to doing excursions with the cruise company. The advantage being that the buses are right there at the ship, you know that you will be back in time, and getting off the ship before the other passengers. Since we had the baby with us we choose not to do the excursions with the ship and make our own plan. I didn't want to have to worry about the baby crying and bothering the other passengers. We opted to rent a car in Olympia for 45 Euros which turned out to be a little cheaper than a taxi. What was nice is that we had just read a book with Harris on Olympia and the Olympics today, so we had additional information about what went on at that time period.
The Olympics started in the 1oth BC as an expression of the bodies ability to be strong thus having a stronger spirit. In 426 AD it was destroyed by Theodosius II the emperor who thought the Olympics to be a pagan activity along with a series of earthquakes and mudslides. The area reminds me of Southern California; especially, San Diego. Since the Olympics were held in July the men were usually naked and covered themselves with olive oil and dirt. No women were allowed to attend.
Labels: cruise Greece travel