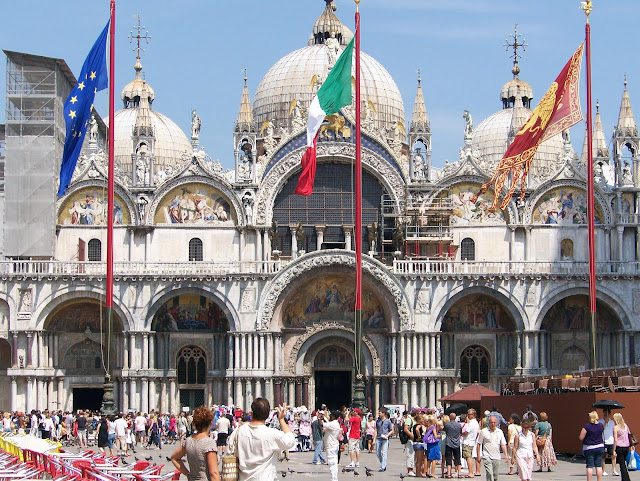 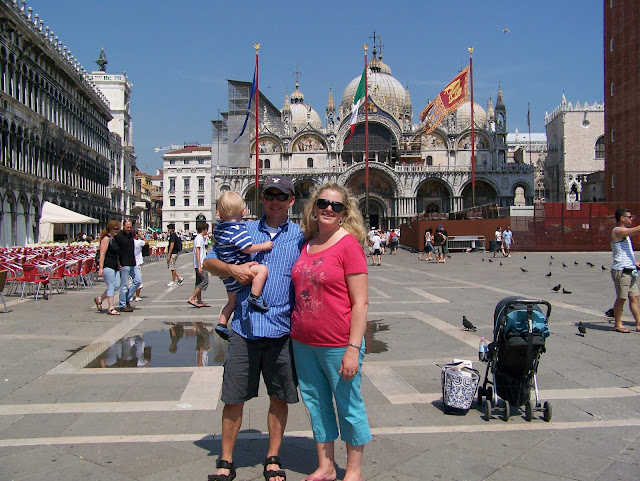 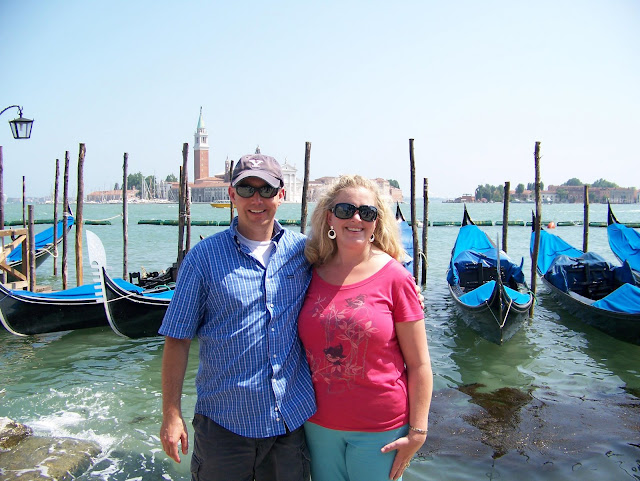 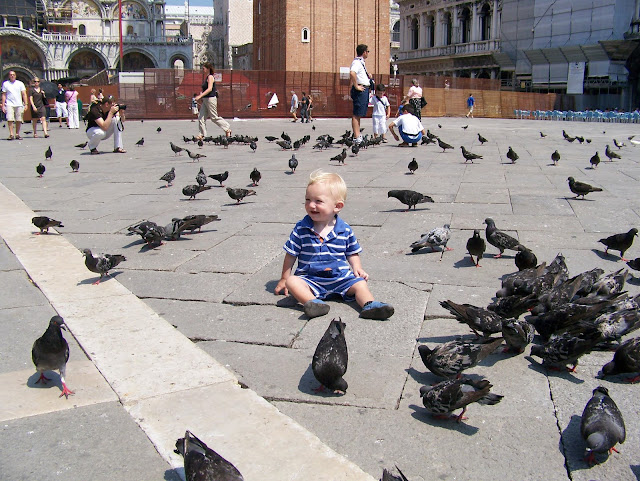 Day one was kind of a wash. Frank didn't get back from the U.S. until about noon, and then he wanted to take a shower, pack, and eat lunch. He realized that he forgot his razors in Georgia, so we needed to go buy him some new ones. Anyway, by the time we left St. Gallen it was about 2:30p almost 3p and it takes about 7 hours to drive to Venice. We drove via Innsbruck and the Brenner Pass which is really breath taking. Northern Italy is just gorgeous! You have a mixture of typical German, Austrian, Swiss architecture with Italian Stucco houses that vary in colors but are generally Peach or golden yellow or what I like to call Croissant. The area is a mountain region and well known for it's wine. You can see the Cavit head quarters along the Autostrada. We did not stay in Venice itself because at this time of year the hotel rates are outrageous. We stayed about 15 minutes east of the city city in Quarto Altino at the Holiday Express for around a $150 dollars. Day two we ate breakfast and caught a taxi to the terminal. Our taxi driver was sure not the typical taxi driver you get in the U.S. He was totally stylish minus the semi open shirt and gold chains he drove through the city at 85mph. Frank was a little nervous. This was our second cruise. I felt the same way the second time I saw the ship as I did the first time which is in a little bit of awe. Kind of like Kate Winslet when she looked up at the ship in the Titanic.
After checking in we had a half day to explore the city We took a water taxi to San Marco plaza. The cathedral is beautiful and topped with artifacts that were taken either through conquest or as a payment to enter the city. Frank always enjoys looking for a new tie and in this case he acquired 6 new ones. Roman thought the pigeons were fun though I was surprised he didn't chase them around. Venice isn't Venice without a walk to the Rialto bridge. There we found a restaurant and got our selves a pizza. I must mention though it is our third time there we forgot that they charge you a fee to sit down and they have additional taxes that they add on the bill. So be careful because we were a little shocked when the bill came. We should have gotten pizza in the hand which is just an individual piece that is wrapped for you to take as you walk. With the heat and the crowds though I wanted to sit. It was really crowded more so than any other time we have gone. I think is is better on a week day when there aren't 4 cruise ships sitting in the harbor which adds an additional 12,000 visitors.
Labels: Italy travel