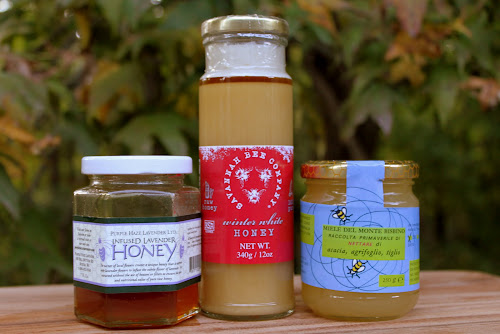 Usually, coming up with a post for corner view or Tuesdays at communal global is not so difficult. Aren't I the Travel Bug who has been all over the world? I have plenty of holiday photos. However, I just haven't been feeling in the holiday mood. See my husband and I have been trying to get pregnant for a while and it just hasn't been happening. I debated showing you pictures of the black and blue marks that are up and down my arms as they have drawn blood from my arms doing test after test. You would think they would just do them all at once, but I guess it doesn't work that way. I know it sounds crazy that we want another baby. We have three beautiful children. That is more than your average American family and definitely more than your average European family. I never even wanted a large family. I am an only child. I thought when we had 2 we were finished; especially with two pretty wild boys. My husband wanted more and I obliged. Everyone teased us and said, "Oh, you must be going for the girl." Truthfully, we were. I had always dreamed about having a daughter who I would dress up in pink, indulge her with American Girl doll, and play tea party. Then when Roman was diagnosed with having a heart condition. I felt guilty that I hadn't just prayed for a healthy child. After he was born, this wave of love washed over me that I have never felt before. I also heard a voice that told me that I needed to have one more child, and not because I want a daughter. I know that if I have another child it is most likely going to be a boy. Our family isn't complete. I waited for a while to see if the feeling would go away because maybe it was just the postpartum hormones. The ache did not go away. It is still here and it is roaring like a lion, and with each cycle I try to tell myself that if it is meant to be it will be. I am sad. What is even more frustrating is that they can't come up with any reason why I am not getting pregnant. I think it would almost be easier if there was a reason, so that I could just move on. In the end, I know I am blessed. I know that there are some woman who will never have an opportunity to be a mother. I have been blessed three times. Why the honey photo? Well, at the moment honey gives me joy, and I have started collecting it on my travels. The three honey's in my pantry right now are a lavender honey from Washington, a creamy honey from Savannah, Georgia, and a very mild flavored honey from Italy. Which reminds me, that I need to go to whole foods and buy some Sunflower honey from France. What do you collect when on holiday? To see more Tuesdays around the world go to Communal Global and for more Corner Views visit Theresa who is hosting Corner View right now while Jane is shooting photos of the bulls in Spain.
Labels: corner view

Unknown said…
I am so sorry about this hard time you are going through! I will pray for you tonight. Pray that the Dr's figure out how to help you with your dream! I think it is wonderful that you want another. I love babies. I keep begging and begging my husband for one!
October 19, 2010 at 5:37 PM

Andi said…
I love the eclectic look of your honey jars. So fun!

Been there, done that. And it's hard no matter how many children you have! Sending lots of love and best wishes!
October 19, 2010 at 6:22 PM

Mamí♥Picture said…
Thank you for sharing your today with the communal global.

Anita Johnson said…
After having two premature babies, we felt it best not to have more kids, but I always wished we had one more little face around our kitchen table. I hope you get that 4th blessing. (-:
October 20, 2010 at 12:41 AM

Thanks for sharing this; I'm sure it wasn't easy for you.

shayndel said…
so beautiful how you can be open and expressive to share what you are going through. You make me believe that a child calls to us when he/she is ready to come into the world.. a mysterious and magical connection, .... wishing you all the best
♡
October 20, 2010 at 4:46 AM

Francesca said…
I'm so sorry Kelleyn. It's not unreasonable to want another child, I believe that a mother's love the more is divided the more it multiplies. Hope you find peace and happiness. Baci.
October 20, 2010 at 8:17 AM

Maddy said…
So sorry to hear you're going through this. Though I'm not at the place where I'm ready to have children, I can only imagine how I'd feel if I were in your shoes. Best of luck and just know that whatever happens, it's for the best.

To answer your question, in my travels, I've started picking up Christmas ornaments! So far I have a few, but I just love that when I'm decorating my tree around the holidays, I'm reminded of all the special places and times I've shared with my husband :)
October 20, 2010 at 10:06 AM

tanïa said…
Thank you for sharing your so very personal thoughts with us. I hope you'll have the strength to make up with whatever life provides for you. I'm sure honey is quite a good aid on that way!
October 20, 2010 at 12:27 PM

Ayak said…
Sometimes if you're too anxious about getting pregnant it doesn't happen....and then when you put your thoughts to one side...it does. Here's hoping anyway xx
October 20, 2010 at 3:01 PM

Daan said…
I'll be wishing and hoping for you!
Sending you all my positive thoughts.
A big hug from Holland, Daan

Victoria | Hibiscus Bloem said…
Wishing you success with another child. I've been down that path too. Thinking of you, and hope you are enjoying your honey from around the world.

cate said…
so very sorry to hear the disappointing and hard times that you are going through. i know that you probably have, but have you read TAKING CHARGE OF YOUR FERTILITY? if you are trying for a girl, it supposedly gives the method. friends have used it with success whether they were wishing for a girl or a boy. you have a lovely family just as it is, but i wish you another baby if that is what you want.

p.s. i love honey and love savannah bee honey so much. it tastes almost exactly like the local honey (harvested in augusta) that my grandmother would buy at the health food store and serve to me on my peanut butter sandwiches. definitely a flavor of childhood. mmmmm
October 20, 2010 at 4:50 PM

Killara girl said…
yum yum sweetness...sorry to hear of your trial...i did lots of juicing and raw foods and fell pregnant twice shortly after....for what it's worth, maybe it could help you! all the best!
October 20, 2010 at 6:00 PM

Mlle Paradis said…
oh! so hoping it will happen for you! i'm going to borrow from your comment for victoria and prescribe some time in Destin, FL. Oh my it sounds like just the right place for this sort of time........let me know if.....

as for collecting, i'm a jam person. but i would love to be a honey person. they really do taste different depending where they come from don't they?

Tally said…
You post leaves me a little wordless and thoughtful.
Anyway, I wish you luck on your path.

Who else posted about Sardegna?

Ayak said…
Ian: Natural honey keeps forever. It never goes off (excuse me for butting in...just one of those things that I learned recently!)
October 23, 2010 at 9:39 AM

Allison said…
My husband and I had tried to get pregnant for several months before it finally happened, but then we had a miscarriage a few weeks later. It turns out that we got pregnant again just about three months later. (and that one stuck and he is now here and crawling all over the place!) But when we got pregnant the second time, I didn't think that is was possible because I didn't think that we hit the right date. It turns out that maybe we were trying at the wrong time all along... just a thought! Keeping my fingers crossed for you!
October 25, 2010 at 3:52 PM

Cole said…
Hugs Kellyn- and thanks for stopping by. I feel your frustration. Your mention of the black and blue blood draw marks makes me want to give you a hug and wish we could sit over a cup of coffee. I had 2 miscarriages before Maddie and then Abby was born with Ds (and a heart defect that will most likely need repair in 2012). I hear a similar voice telling me that there is one more girl meant to join our family- but in our case I'm afraid of the process. I'm worried we'll end up with issues even more complicated then we have now and end up wishing we had just left well enough alone. But then each cycle- I find myself wanting to try again. I so envy people who get to find pregnancy and reproduction simple and romantic. What a blessing they have. Of course what a blessing we all have as well- hugs!
October 27, 2010 at 11:18 AM

Cole said…
I saw on your blog that he had had heart surgery. Since we're headed that way ourselves most likely I've found an affinity for others who have gone through it. How utterly terrifyling and yet miraculous it is. Thanks for sharing about your friend- it's always nice to hear about others stories that are going well in the special needs realm- it's what gives you light when you worry. xoxo
October 27, 2010 at 8:34 PM

islandgirl4ever2 said…
These are SOOOOO GOOD!! I used to make them as a teen with my brothers and have made them twice here in France.... They're decadent, in fact..

islandgirl4ever2 said…
Wow.. I didn't even read the post and just looked up at the comments...
I'm soo sorry for what you are going through and I'm also sending all of my prayers to you and your family... I know that life is really difficult and challenging at times and I pray for you to have courage and strength to get through the hard times and that things will change for the better for you..
All my best..
Leesa
November 10, 2010 at 1:25 AM