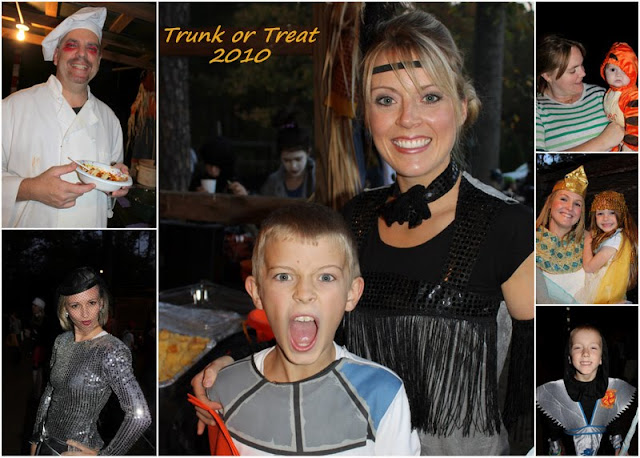 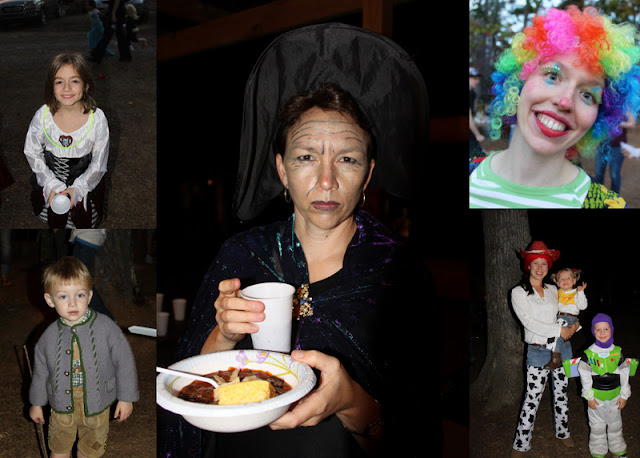 This weekend has been a busy weekend. After German school yesterday, I took Winston and Roman to the annual cardiac party for all the children at the zoo. It was such a beautiful day. The weather was perfect. Fall has finally arrived in Atlanta adorning our streets with plum, fig, pumpkin, and curry colored leaves. The boys had a good time. Harris didn't go with us because he had a Boy Scout Clinic and spent the day earning merit badges. Then we rushed home to pick up the chili I had made the night before and the boys changed into their costumes to go to the church Halloween party. This year it was held out at a local farm. The children enjoyed going on hayrides, getting candy, and roasting marshmallows. Somehow, I didn't get a picture of Harris nor Winston because Winston had to stay home because he hasn't been behaving. Roman still refused to wear his costume, so he went as Hans from Hansel and Gretel. Everyone stepped it up this year and there were some really fantastic costumes. The boys are counting down the days to Halloween.
Labels: daily life

Allison said…
I'd love to know more about your boys being in German school... is your husband speaking German to them? My husband and I are working on raising the little one bi-lingual. It is sometimes hard for me not to speak this funny mixed German/English "language of it's own" (at least that's what the experts suggest)

Unknown said…
Looks like fun! Between the church, school and my husband's office, we end up with about 10 pounds of candy every year. And of course I end up eating all the chocolate! :)
October 26, 2010 at 9:23 PM