Harris is settling in really well in Germany. He is doing really well in school. While he has the speaking German down going to school over there really helps him to learn how to write it. He has about three weeks of school left before summer vacation starts. He has made some new friends Nicolai, Hendrik, and Eric. They go to the skateboard park, play crochet in Oma's and Opa's garden, and go to the local indoor swim pool. Unfortunately, it has been too cold to go to the outside swimming pool, but I am sure warmer temperatures are around the corner. July and August are always the best months in Germany. Last weekend, Harris went with his Oma and Opa to Hessentag which was held in the city of Lagenselbold located on the river Kinzig just 10km east of Hanau. Every year the location changes. Two years ago, Hessentag was located in my husbands' hometown of Butzbach. Hessentag is kind of like our equivalent of a state fair. Germany is divided into 16 states. The largest state being Bayern. My husband comes from the state of Hessen. Over a million people attend the celebration that last a week long. You will find food booths, parades, plays for adults and children, carnival-like rides, competitions for clubs like soccer or other sports, and concerts. The concerts are mostly German rock bands, but sometimes they draw some pretty large name rock bands from the United States. Then comes the fireworks. 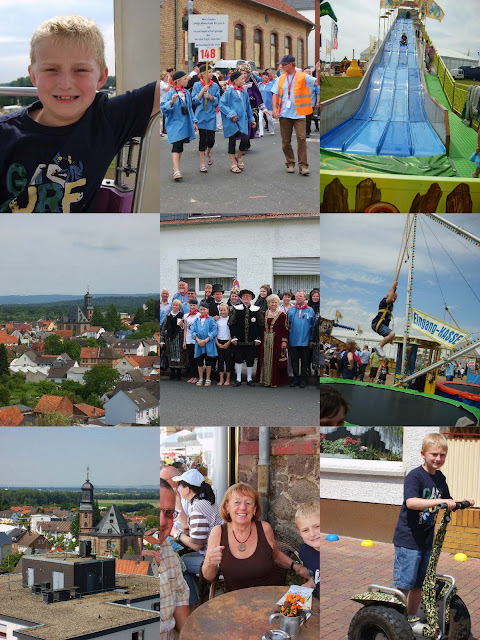 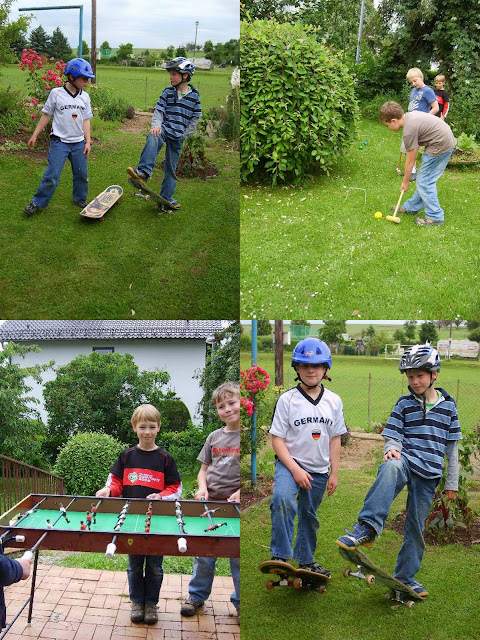