Kimball Farms and the Beach

After leaving the breakfast brunch, we headed north to Massachusetts to visit with the rest of our family on my grandfathers' side of the family. Even though it should have only taken us 7 hours from Maryland we ended up taking more like 12 hours. First, the directions we got from our web search were not correct, then we spent two hours stuck in bumper to bumper traffic on the George Washington Bridge. We thought it would be smooth sailing from there, but then there was construction on one of the highways we needed to take in Massachusetts. We made it to my cousin Jane's house at 12:30am. The next morning we got up bright and early to have breakfast with my cousin Mary at Shaw's. I love Shaw's french toast. Something I don't make that often at home. My poor Aunt Peg has been in a nursing home for the last 2 years, so we went over to visit with her. She loved seeing the baby. Later in the day, we headed to Kimball Farms in Littleton for ice cream with some of my other cousins: Jane, Susan, Maddie, and Andrew. I had never been to Kimball Farms. It is a really fun place to take the kids. They have mini golf, a few barn animals, bumper boats and you can even eat dinner or lunch there because they serve your typical New England fried clams, corn, or fish and chips. My mouth was drooling a little. 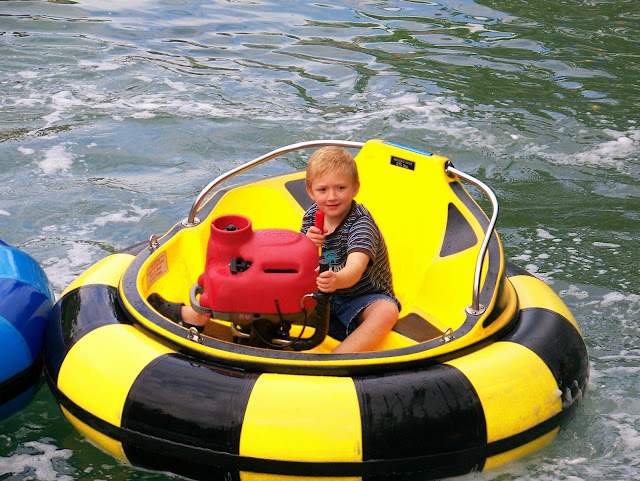 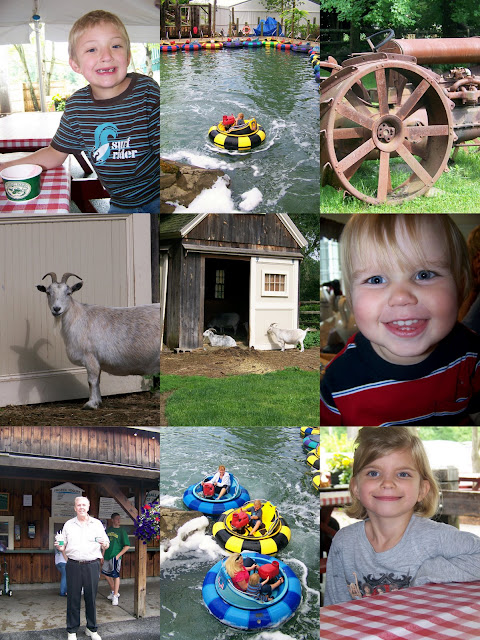 Tuesday, we just hung around the house before visiting with my cousin Warren; however, on Wednesday it turned out to be a nice day, so we drove up the coast to New Hampshire and we went to Rye beach for lunch. If ever beautiful homes were to be found, they are in Rye beach. We ate at Ray's which was given great reviews by friends, but my steamers were a little pricey for New England prices and were too mushy. My dad enjoyed his fried clams. The clam chowder is to die for, and I have never been a fan of clam chowder. As a tradition, we had to have onion rings because that is what we eat when we are at the beach. 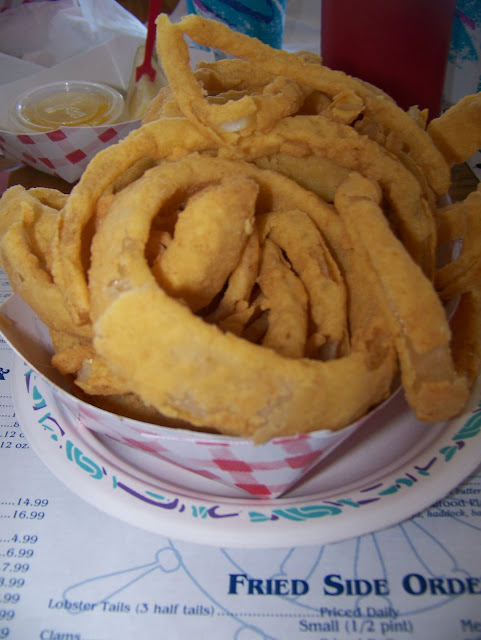 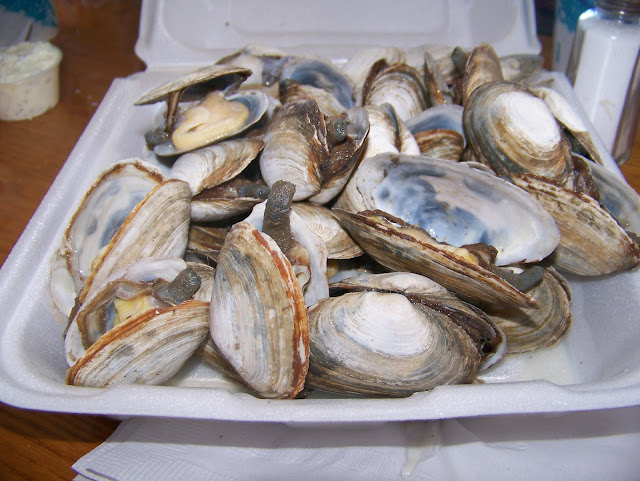 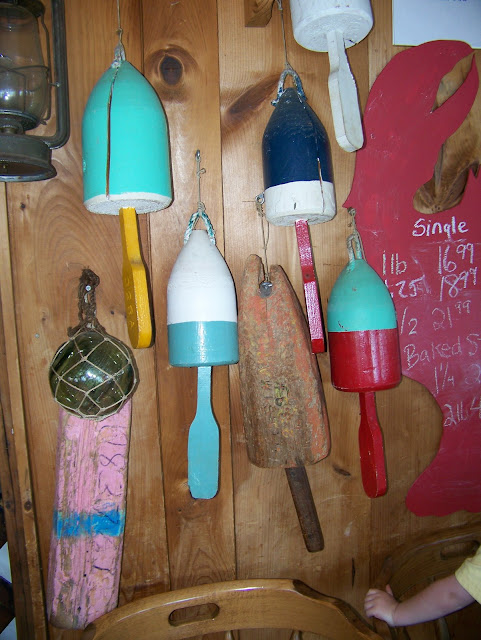 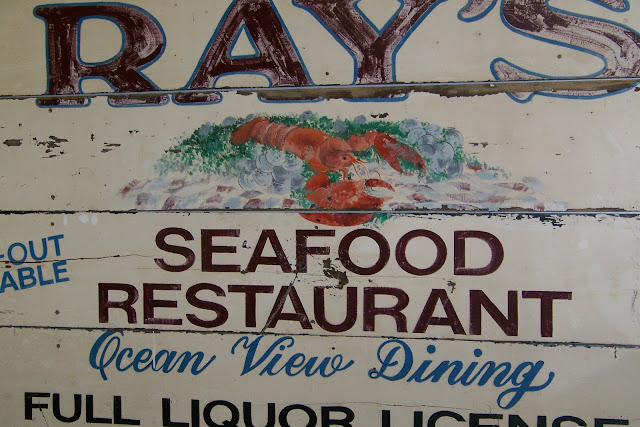 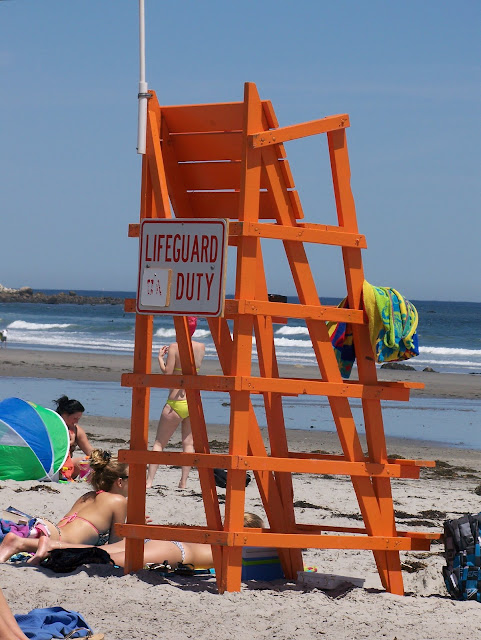 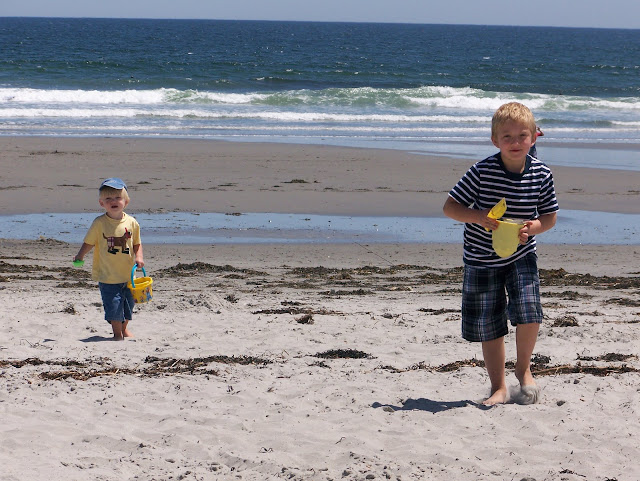 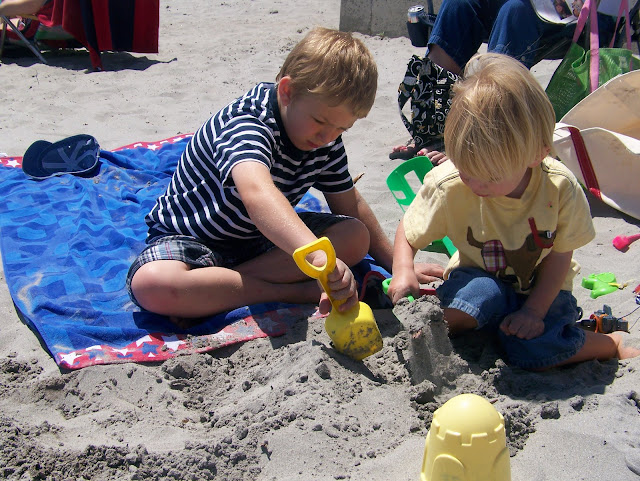