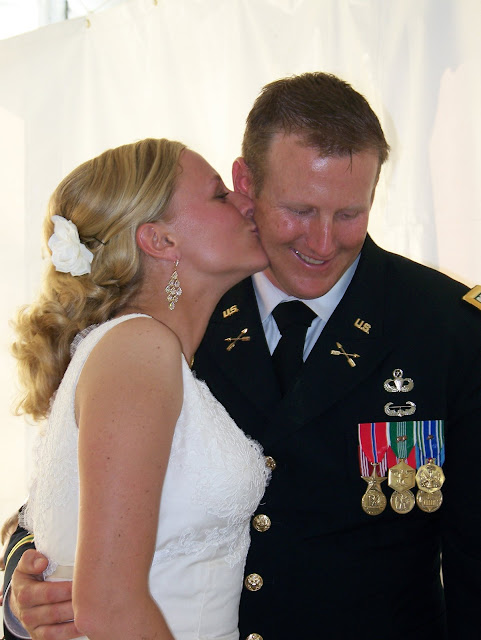 The afternoon was warm the clouds were threatening to rain. I had to keep wiping my camera lens because it was so humid that it kept fogging up. At the edge of the property a tiny pond hid behind the weeping willows, magnolias, and oak trees. The carpet was a lush soft grass that feels wonderful under your toes and the garden was smothered in beautiful flowers of sage, tea roses, daisies, tiger lilies, and hydrangeas. You could tell it was well loved. A simple arch covered with magnolias stood in front of rows of white chairs waiting for their audience to be seated. Classical music filled the air as the quest waited in anticipation and then it was time to be seated. A wedding was going to take place. A wedding between two special people who serve our country in the army. Their deployments were ordered and scheduled to take place. The bride and groom would be sent to two different places. The groomsmen took their places after escorting the mother of the groom and the mother of the bride. Then followed the bridesmaids dressed in simple but elegant black dresses carrying bouquets of garden flowers tied with brown raffia. Our breathes were taken away when the bride walked out on the arm of her father in her beautiful cream colored backless dress. Her blond hair was half up and half down and flowed down her back. She really was stunning. The ceremony was short a sweet and ended with an Indian prayer and an Irish prayer. The swords were drawn, but before the bride and groom could pass they had to kiss. While the wedding party took photos, the guest ate appetizers of coconut shrimp, fried wontons, bruschetta, strawberries, crackers with brie and salmon, and phyllo cups filled with a creamy cheese dolloped with jam. If that was not enough to fill a person a 5 course meal followed of: avocado and cucumber soup with a dollop of chives and sour cream, a mixed green salad with goat cheese, pecans, and raspberry vinaigrette, crab cakes with a corn and black bean salsa, pork loin stuffed with black cherries and peaches accompanied by summer rice and asparagus with blue cheese dressing. The bride had two cakes. The first was white buttercream frosting on the outside with layers chocolate cake on the inside with a raspberry filling served with a lemon mousse. It was delicious! The second was made of marzipan cookies drizzled with chocolate that looked like the leaning tower of Pisa. I think this is a Danish custom. Glasses clinked the bride and groom kissed often. The groom bathed his bride in eyes of happiness and love. Speeches were given and songs were sung by the Danish guest. As the sun began to set fireflies blessed us with a dance. Then the DJ broke out the dance music. The dance floor erupted into dance with arms up in the air doing the YMCA and people sliding left and right to the Electric Slide. It was a wonderful day! 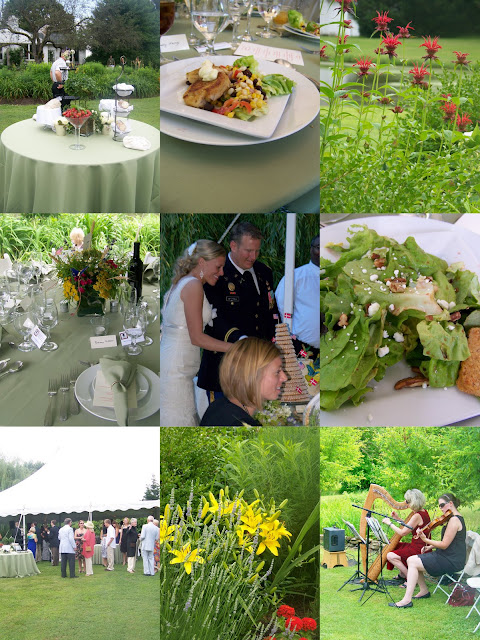 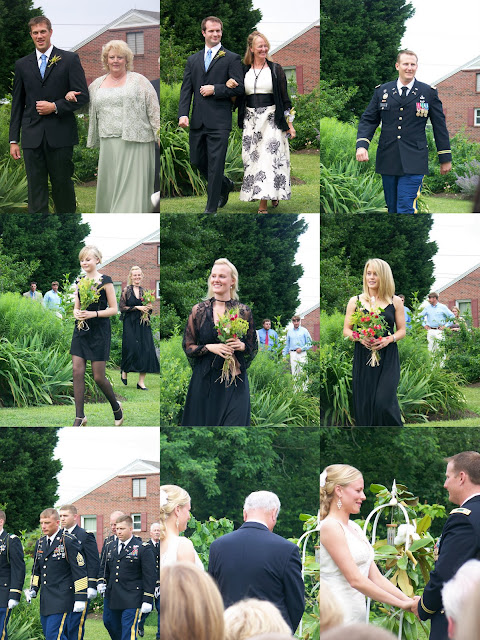 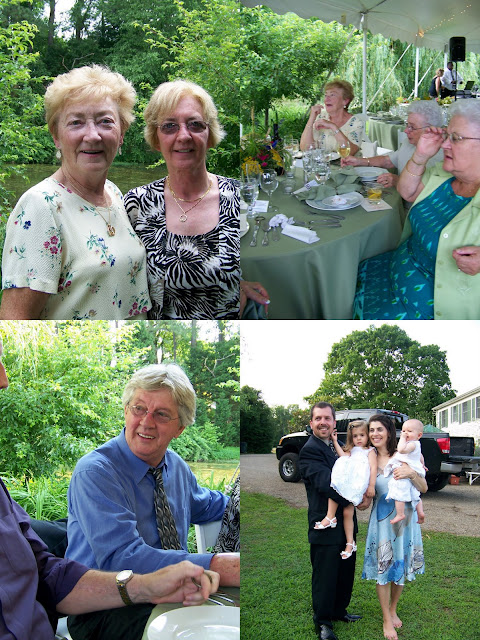 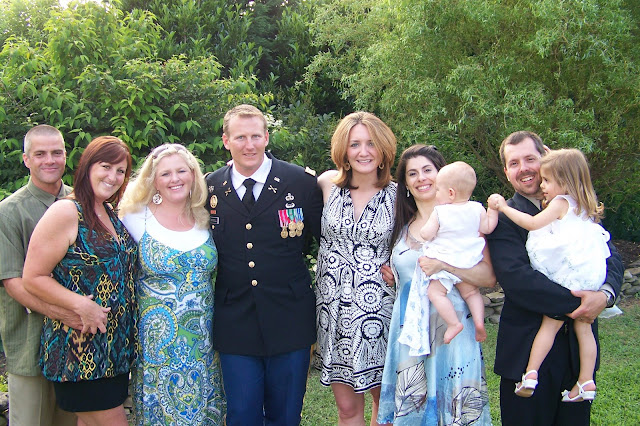