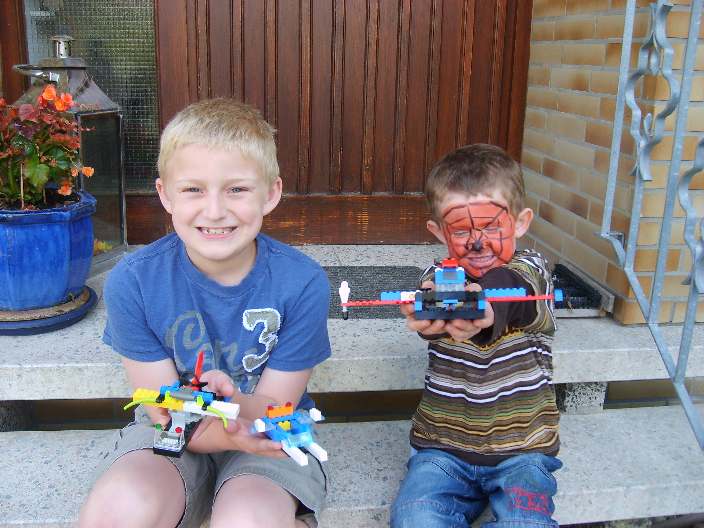 Harris is having a great time visiting his Oma and going to school for the summer in Germany. School in Germany doesn't get out until the middle of July. He is attending the same elementary school that his papa attended. He is having a blast! The first weekend he was there he played with his cousin Marc. This will make his second summer staying in Germany. I will pick him up at the end of July. He has made some new friends this time and has had a few playdates.

Crazy Campbells said…
That is really neat that he gets to go and have those fun experiences. Someday I want to go to Germany to see where my dad served in the air force but I am sure it will never happen.
June 6, 2009 at 10:10 PM

Jenna said…
That is such an awesome experience for Harris. How long will you be in Germany when you pick him up? I would love to visit with you!
June 7, 2009 at 1:23 AM

Rocks In The Wash said…
I'm thrilled for his experience; it makes me think back to when my folks were in the Air Force.

Traveling Mama said…
Wow! What a great experience for him! I'm sure he will always cherish the memories!
June 7, 2009 at 3:48 PM