The alarm went off way to early and no one should have to get up at 3:30 a.m.; however, this time despite it being dark my feet easily touched the ground and I sprung into action.  I packed the last few remaining items not yet packed, double checked that I had everything I needed, and kissed all my sleeping children before leaving the house.  Frank and I made the 45 minute drive to the airport.  We checked in my bags at the curb and kissed and hugged each other goodbye.  I grabbed a bite to eat and headed to the gate.  I was so tired that I dozed off to sleep.  The next thing I new a young woman with brown hair was tapping me and saying that they had just announced that our plane was having mechanical failure and that we were to head over now to gate A12.  I thanked her and grabbed my bags.  Upon reaching the gate I inquired about how long our delay would be and whether or not I would have enough time to catch my connecting flight.  They told me I would have 1 hour! 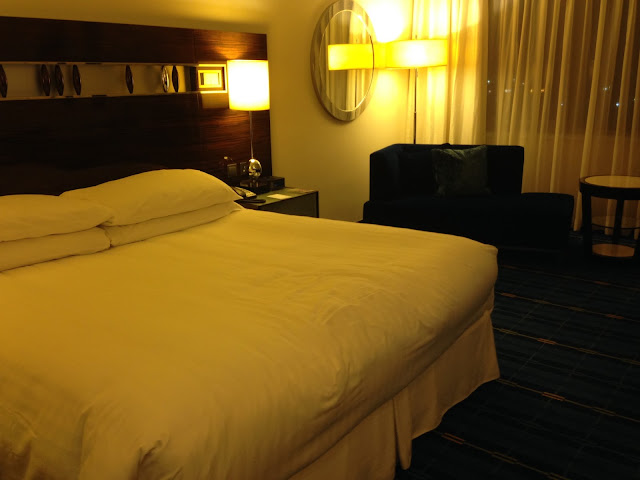 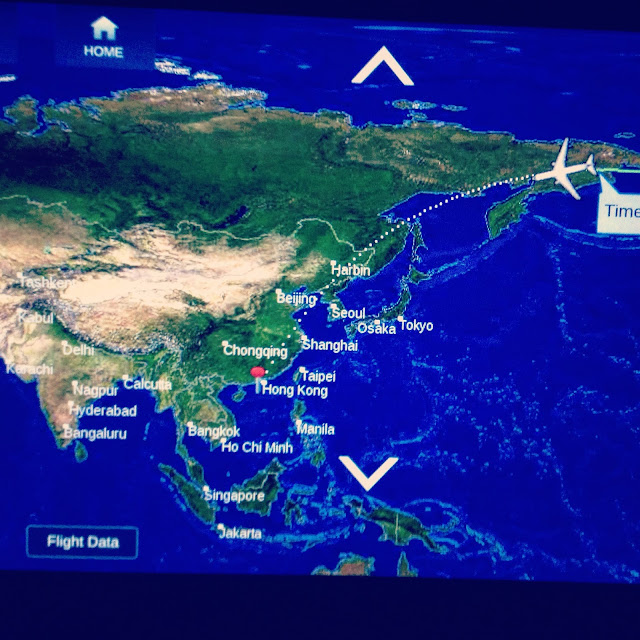 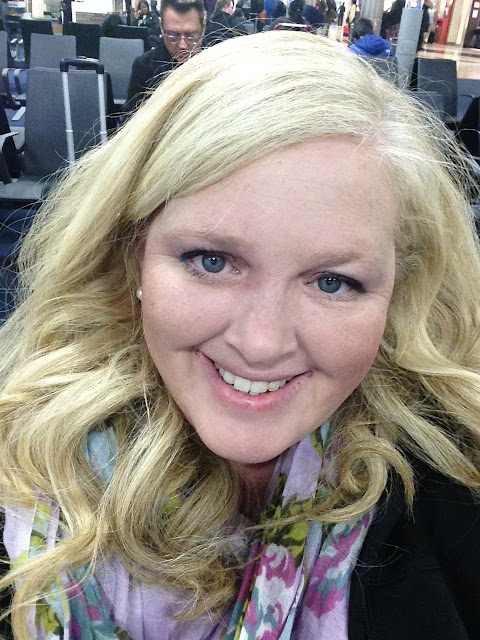 Boarding went quickly and I settled in for my flight to Seattle.  Sitting next to me was a very interesting woman whose husband works for GM in Korea.   We had a lovely chat before I dosed off again. When we pulled into the gate in Seattle.  I thought  I would have some time to get something to eat; however, I was informed that my flight to Hong Kong was all the way on the other side of the airport.  I had to run!  No time to get anything to eat as there were only a few minutes to spare.  They were boarding the plane.  At least I made the flight.  I lucked out there was a free seat next to me!  Plenty of room to move around.  I watched Papertowns while waiting for our meal service.  Then took a little nap.  Read some of my book and then watched love happens. Around Harbin, China just crossing over from Russia.  I had enough!  I was ready to get off the plane. Going to Hong Kong is such a long flight.  I forced myself to go to sleep and just two hours before reaching HK I watched a movie called A Royal Night Out.  A cute film.  Immigration went quickly and I was able to find the shuttle bus to my hotel without event.  So here I am in HK.  I have scheduled a tour of the city for the morning.  Pray I find the pick up location.  I am a little nervous about finding it on my own.  2 days closer to getting Ivy.  I will spend the next two days here getting acclimated to the time schedule.  I have some tooth pain in my back molar, so if you can pray that it will hold out until I get back to the state.  I think I might have cracked it due to grinding my teeth at night.  Ugh!

Holly said…
Wow how exciting. I agree with Francesca so brave. A heart full of love for their child will go through any length. I hope you enjoy the rest of your trip. May the molar pain cease and you have safe travels home.
March 25, 2016 at 11:28 AM

Kathleen D. said…
I've heard that people often report toothaches after flying especially if you have an issue. My dentist couldn't get me in before a cross country trip via air and prescribed pain and antibiotics to bring along just in case. Thankfully no issues for me, so hoping yours will pass also. Take care and cannot wait to read more about Ivy and her transition to her forever family!
March 25, 2016 at 4:14 PM