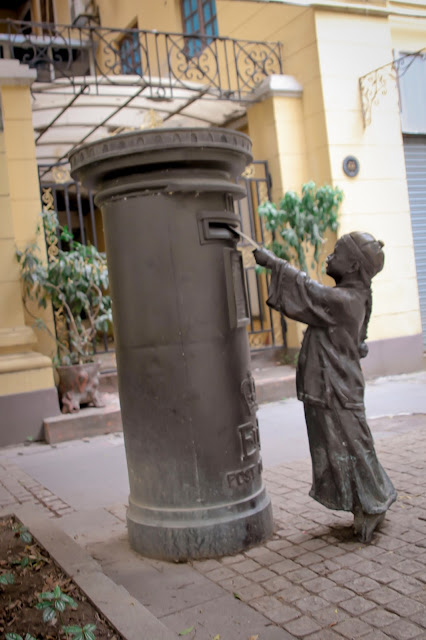 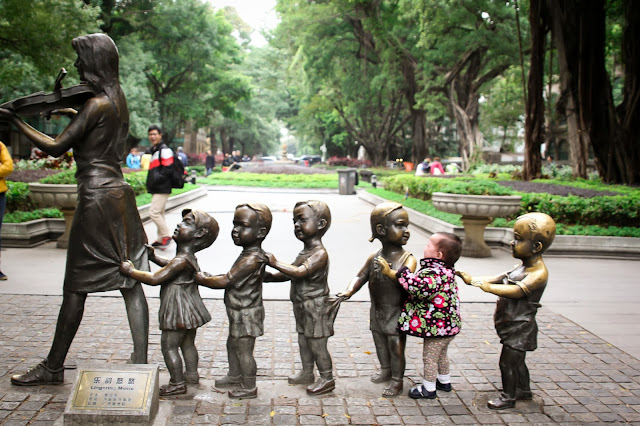 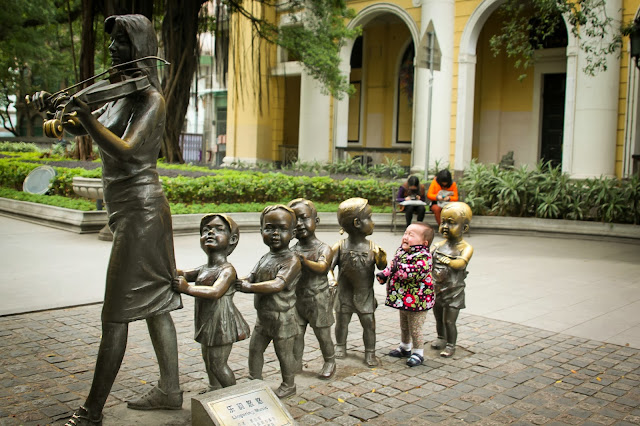 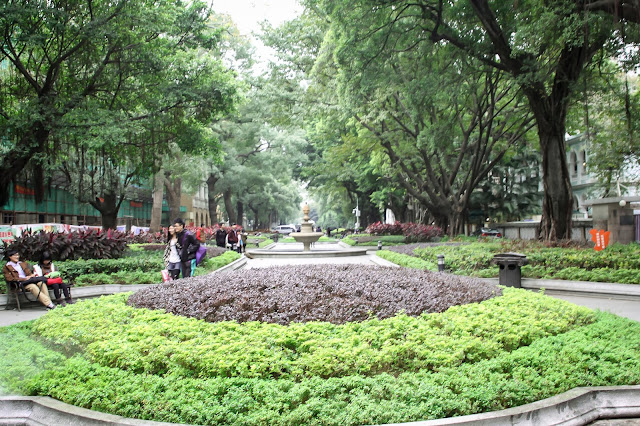 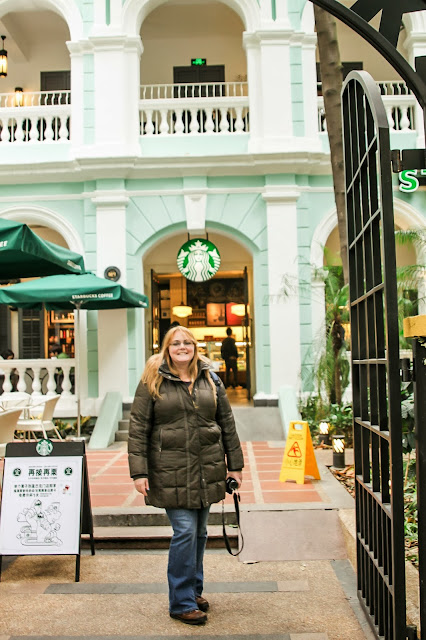 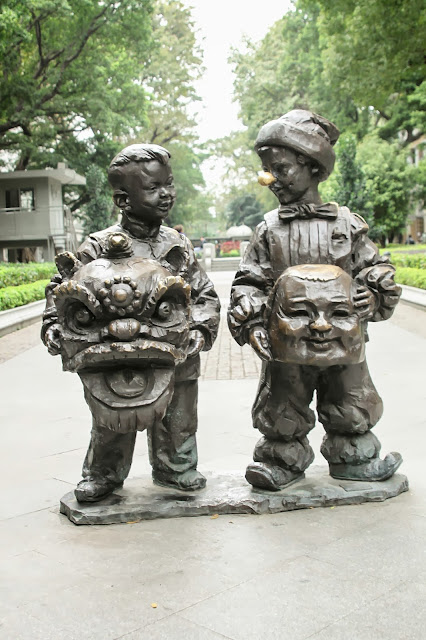 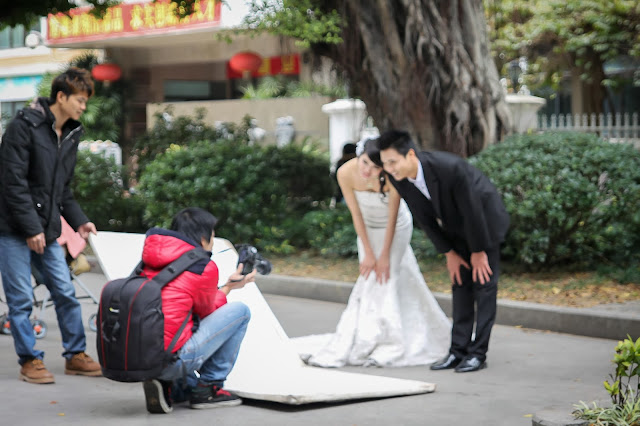 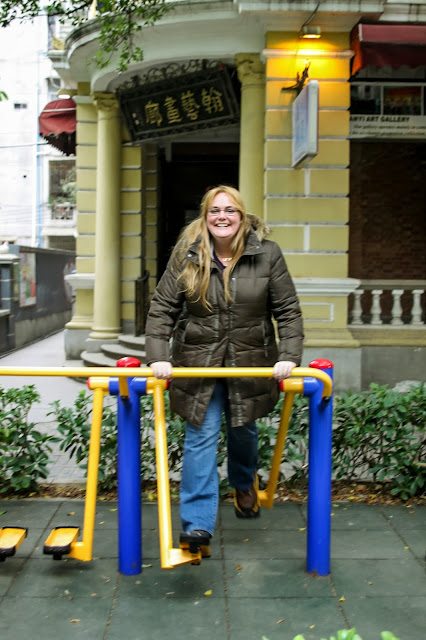 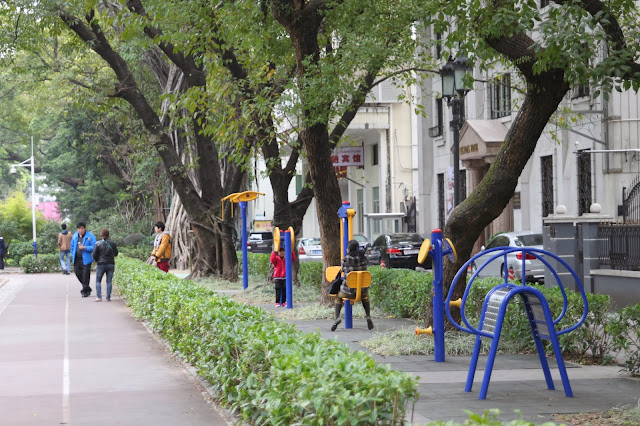 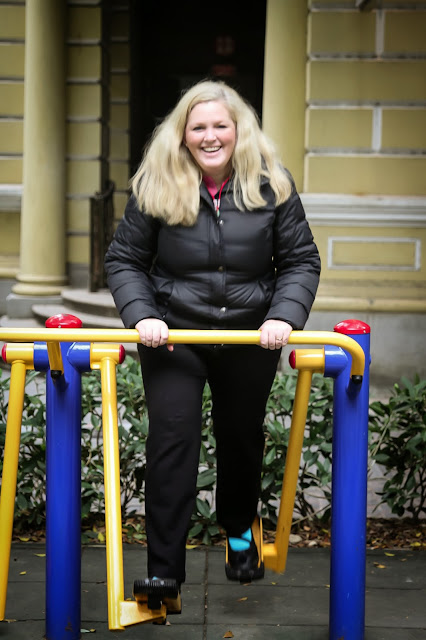 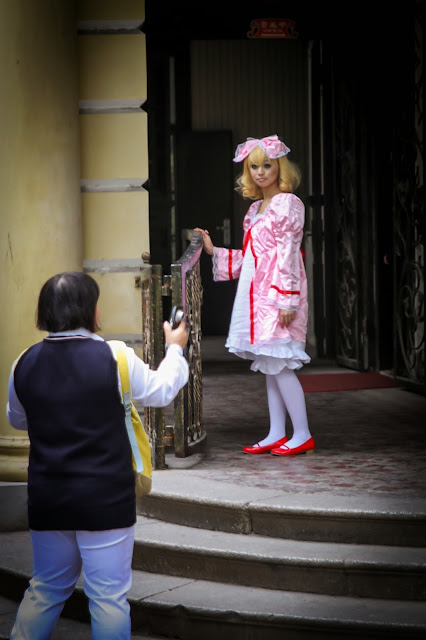 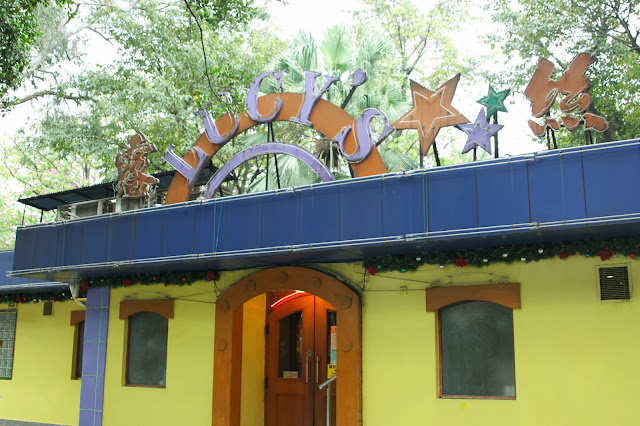 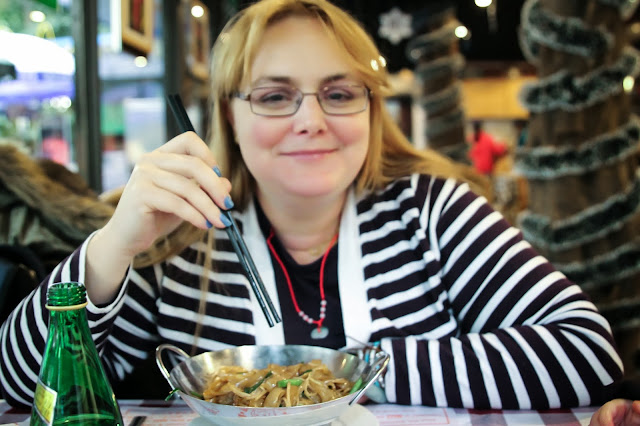 If you are in the adoption cummnunity you have most likely heard of Shaiman Island, but for those who are not Shaiman Island is something one would not expect to find in China.  A pocket of colonial Britain tha 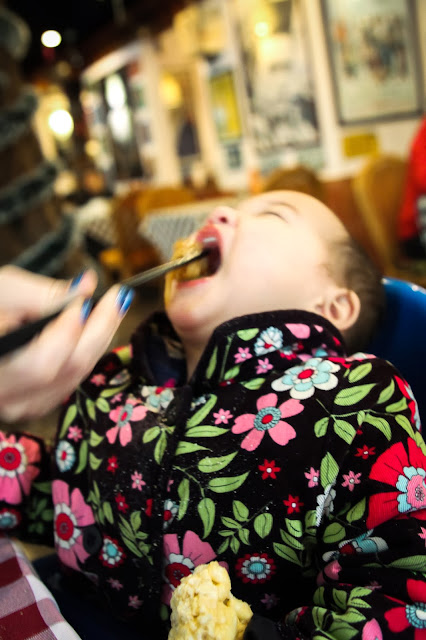 If  you are in the adoption community then you are probably familiar with the name Shaiman Island, It's a place where just about every adoptive family spends and afternoon strolling around, but for those who are not then you might say, "What is Shaiman Island."    Shaiman Island is an island here in Guangzhou that was once given to both the French and the British.  The architecture brings you back to colonial days.  It is a great place to do a little shopping, eat, and take the famous picture of your child with the statue of children. We left our hotel by taxi and we were dropped off in front of the Victory Hotel.  At one time most families who were adopting stayed at hotel on the island because it was close to the American Consulate; however the consulate has moved.  As we rounded the corner we saw a couple posing for their engagement photos. They were so cute!  The it was on to get Avery's photo with the statue of the Chinese children.  She was not thrilled.  Starbucks not only has the most delicious desserts, but some of the cleanest bathrooms we have seen in China and then it was on to Jenny's to do some shopping where I bought Addy and Avery some silk dresses and squeaky shoes.  All that walking around we build up an appetite and went over to Lucy's for some lunch.  Avery loved Lucy's noodles and when she was done eating those she ate some of my Indian curry.  I am trying to catch up on my photos, but I am getting behind.  Tomorrow we head over the the consulate to get Avery's visa to enter American and Friday is our last day here!  We will then head over to Hong Kong and Sunday we fly home.  I miss my family.  I am ready too sleep in my own bed and hug all over my other children.
Labels: Adoption Avery china

Ally @ Even Miracles said…
Love the island. We spent almost 2 glorious weeks there in 2010 while adoptoing our little girl. It was the best :)
Glad you are doing well. Enjoy every minute.
Ally
January 15, 2014 at 1:12 PM

Francesca said…
you go home tomorrow! thank you Kelleyn for taking the time to post so regularly, and share this happy and beautiful story with us.
January 16, 2014 at 5:10 AM

tanïa said…
Hi there Kelleyn! I haven't been here on your blog for such a long time and so many things have happened!! I'm going through your adoption journey with many "ooohs" and "aaahs" and can't stop being amazed! Especially seeing you in China, is just such an adventure, even for me, just reading about it, how much must this be an adventure for you and your family?! Be sure, I'll be back for following this very special story!
Best wishes!
January 16, 2014 at 5:20 AM

The McIntires said…
Your pictures are beautiful and take me back three years! I'm glad you've had fun shopping and experiencing the island!
January 20, 2014 at 9:26 AM