Yesterday, we took the boys to go Gold Mining in Dahlonga. Dahlonga is where the Gold Rush began in 1828. At that time, you could just kick a few rocks around in the creeks and you found gold. Eventually, the real mining began. The consolidated mines are approximately 5 miles long and go about 750 feet under ground though we were only allowed to go 350 feet. It is the large gold mine east of the Mississippi and at one time they found a vein of gold that was 22 feet wide. We even saw a handful of bats inside the caves. The boys tried mining for gold, and for gems. While they found no gold, they did find some Quartz, Amethyst, and a few other types of rocks. The boys had fun! Winston wanted to come home and mine the creek behind our house. Afterwards, we walked around the town square of Dahlonga which is charming. We stopped at Connie's Deli for ice cream and sandwiches. Yummy! 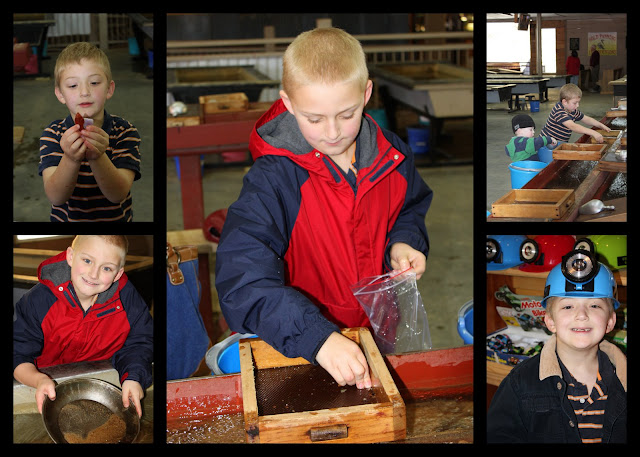 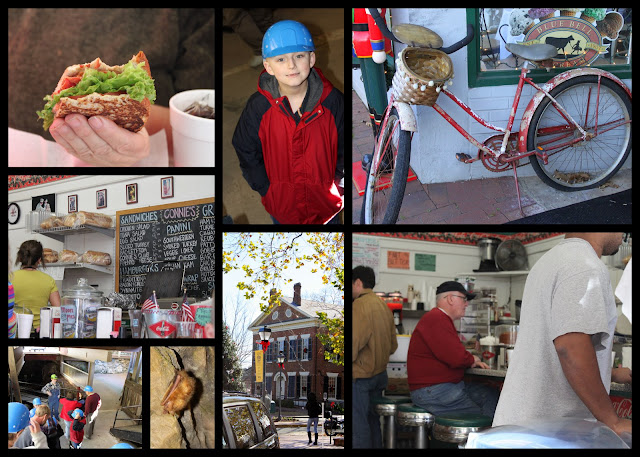 jane said…
great great shots! did you know that when bats leave a cave they always fly to the left. really 3,000 bats all decide to go left. just a cool fact from the discovery channel... besos!
November 30, 2009 at 4:46 PM