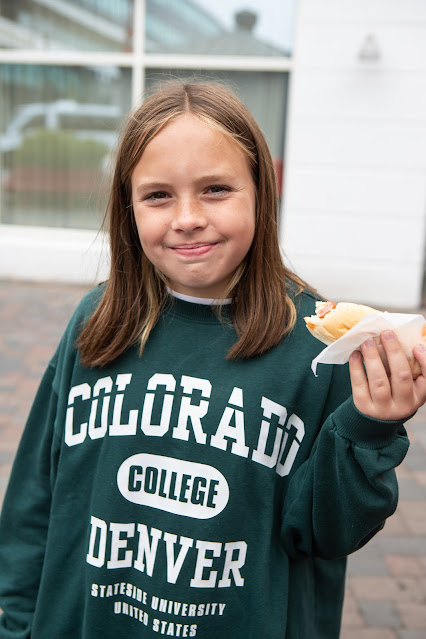 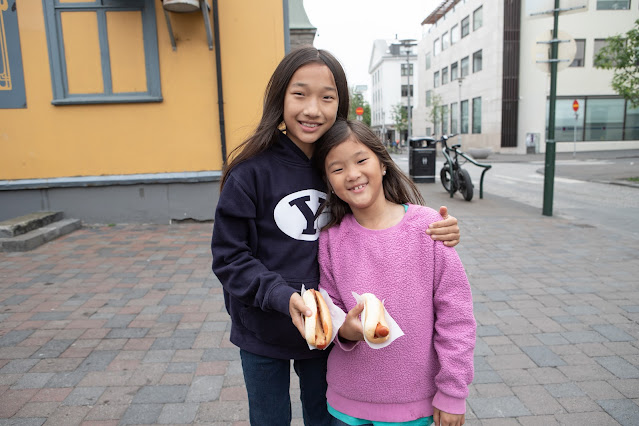 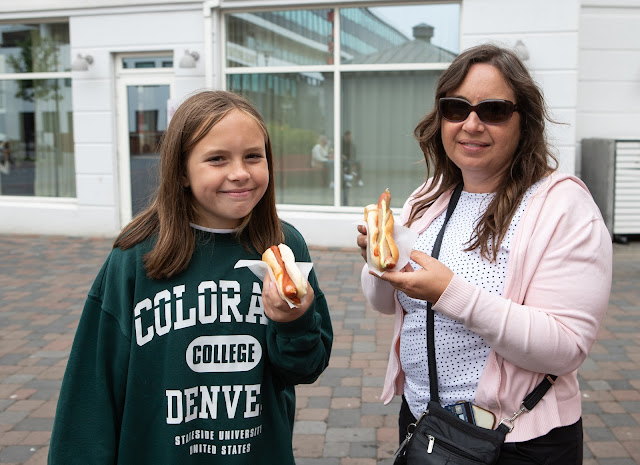 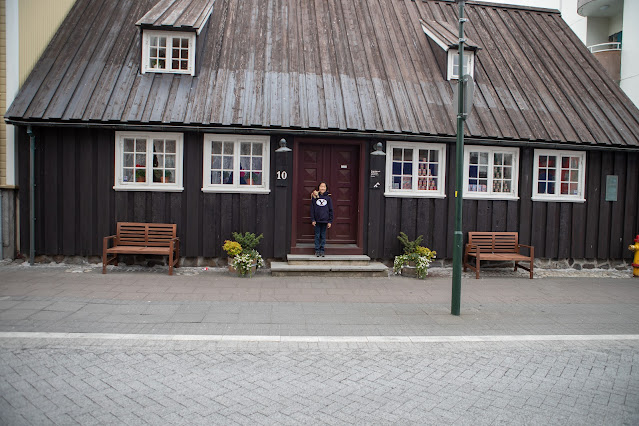 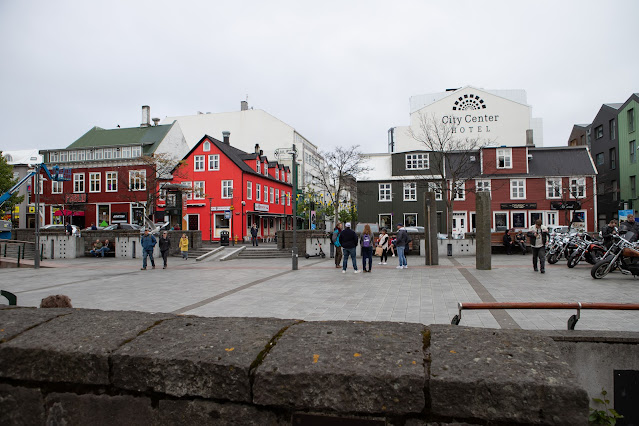 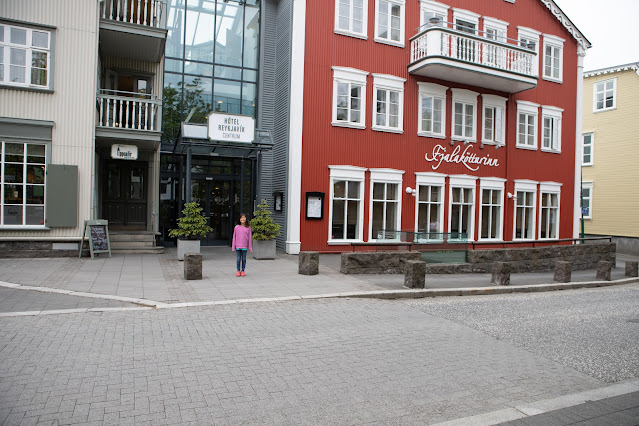 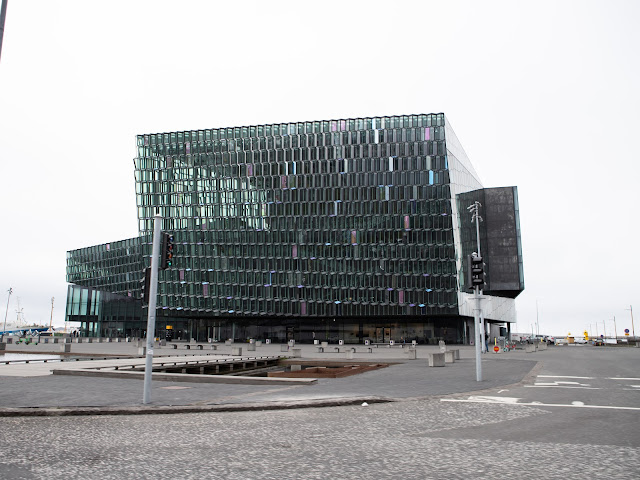 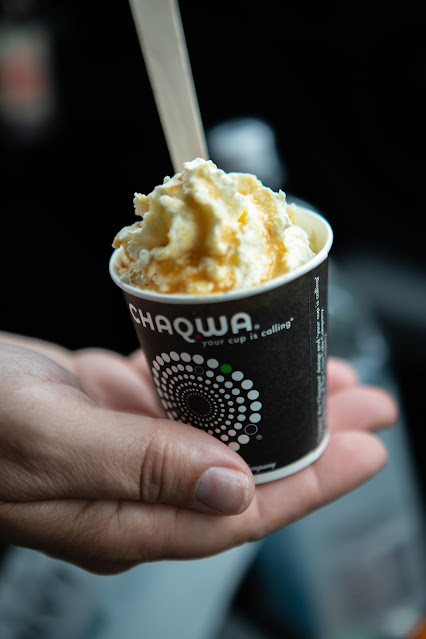 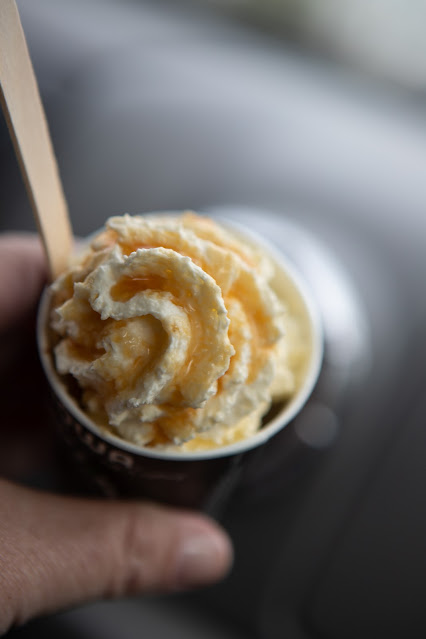 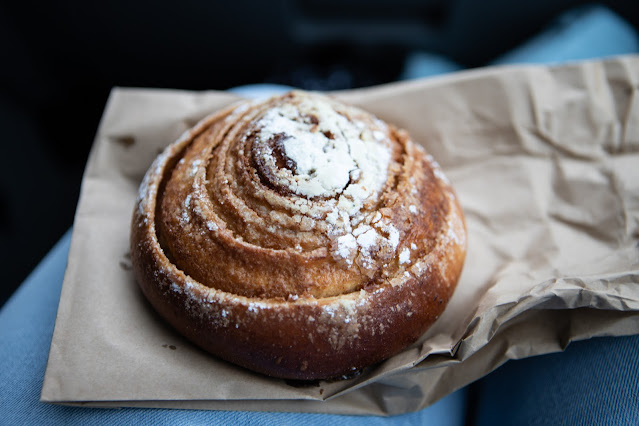 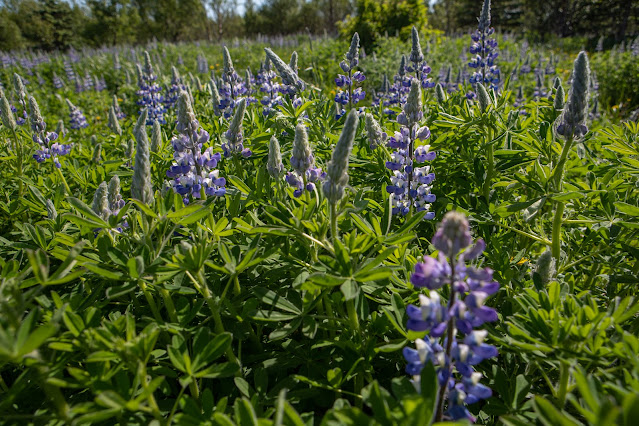 Hello!  Just in case you are confused, no, we didn't go to Iceland again.  These are photos from back in May-June that I forgot to post! Let me start this time from the bottom up this time.  The last photo is another photo of the Lupins.  One can never have enough photos of Lupin! So stunning!  Then Braud and Co was so good we had to return a second day.  Good thing that bakery is not down the street or I would be in such trouble!  I thought Iceland was costly until today when I went to go buy some lunch at Logan Airport and just about cried at the prices.  Needless to say, I ended up with nothing.  I just couldn't justify $11.95 for a smoothy. The salads were almost $14 and they weren't anything fancy.  Everything I read on Iceland said to taste the brown bread ice cream at  Loki Cafe!  It was really good, but the portion was way too small and the price tag was 7 Icelandic dollars.  Ouch!  I forget what the building with the pretty glass windows was.  I think it may have been a museum.  Last but not least, one of the tastiest meals we had in Rykevik was hotdogs from a place called Baejarins Beztu Pylsur. While not the cheapest hotdog I have ever had, it was also not the most expensive.  I think we may have also eaten there two times we were there!  It is hard to explain what makes these hotdogs so special, but I think it has to do with the combination of fried onions, the hotdog itself, and the special mix of sauces.  Yum!  Well, it has been a tiring last couple of days.  Stay tuned and soon I will have some pictures from my trip to Boston, New Hampshire, and Maine!  Hope you had a great weekend!!!!
Labels: Iceland 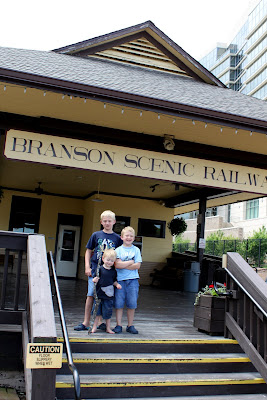 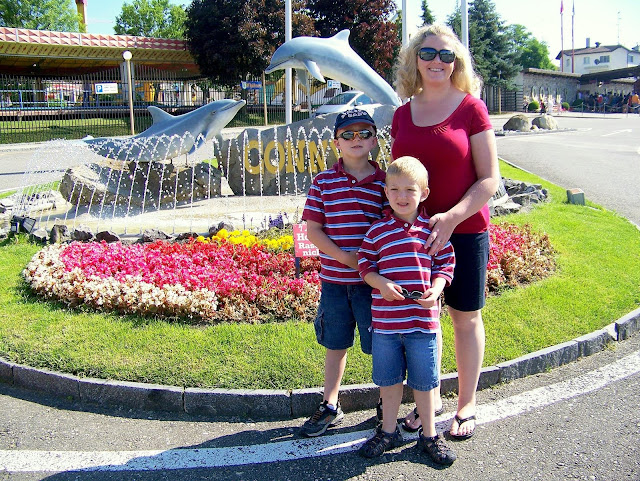