Skip to main content
Labels
Posted by likeschocolate May 16, 2013

Day in my life "Corner View"

Life has been crazy the last two weeks. Most days I don't know if I am coming and going and on top of that I have had two sick children. First Roman and Addy followed shortly after. This morning my day began at 6:40 a.m. but I was so tired I hit the snooze button on my phone and didn't get up until 7:00 a.m. where I quickly grabbed Addy's clothes and went down stairs. I poured Roman a bowl of cereal and dressed Addy and then brushed Roman's teeth. I drove Roman to school the dropped Addy off at preschool. I forgot my camera and money for Roman's lunch that he is going to have tomorrow from Chick fil A, so I ran home. Then I went back to the school where I dropped the money off and went outside to Winston's field day. Then I went to the gym where I workout while at the same time I checked my favorite blogs, Facebook, and my e-mails. I grabbed lunch at Panera Bread. This was all by 12:30 p.m. 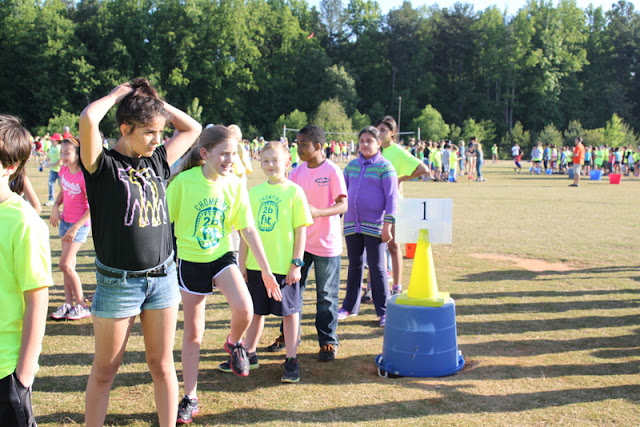 Then it was off to Costco to buy groceries. 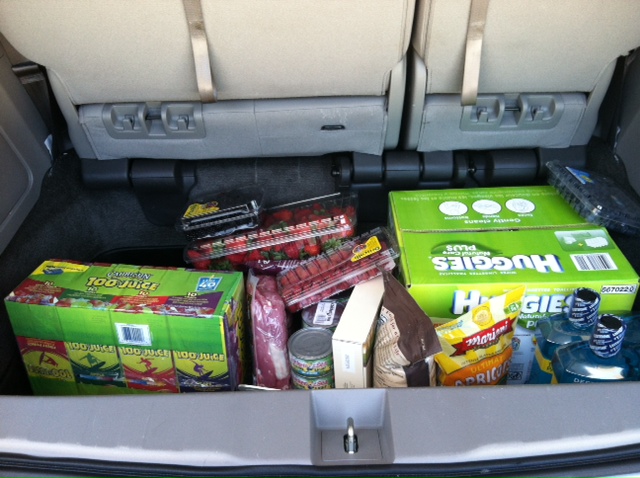 ﻿
I dropped groceries off, chatted with my husband, and then it was off to pick up Addy from school. 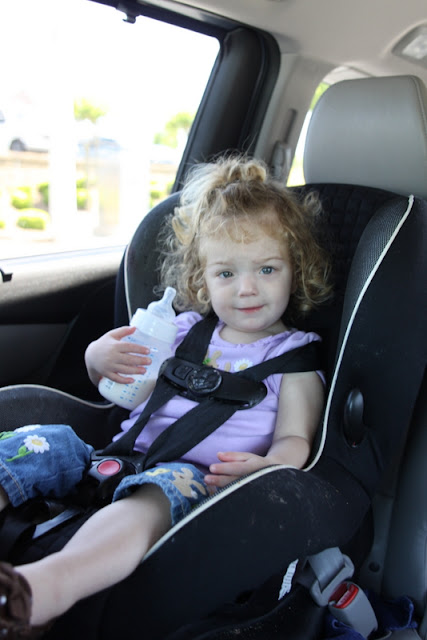 The boys come home from school.
Roman has been learning about sharks.
He whips up this shark from craft paper with no help.﻿ 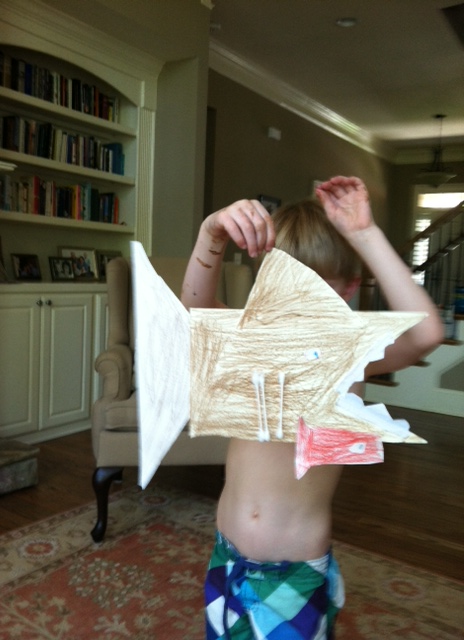 Winston turns 11 on the 16th and I make him a chocolate cake. 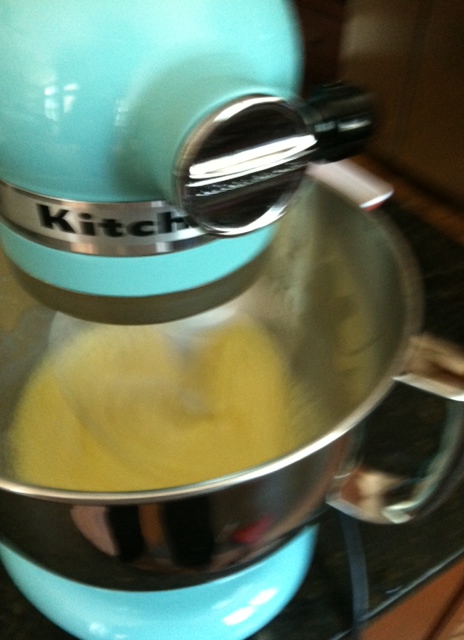 It is hot outside and the boys head to the pool. 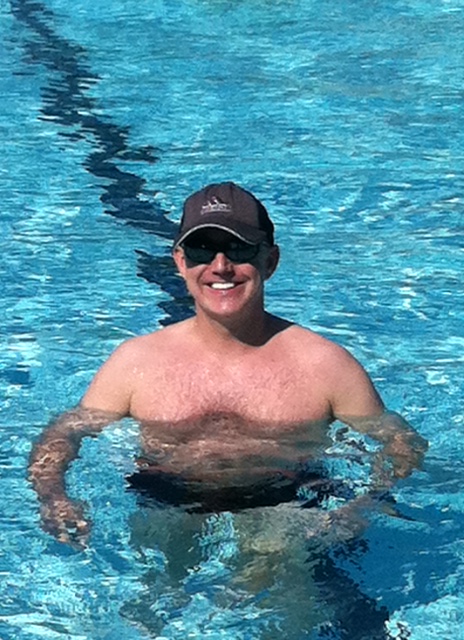 One little boy thinks the water is freezing and lays out in the sun.
﻿ 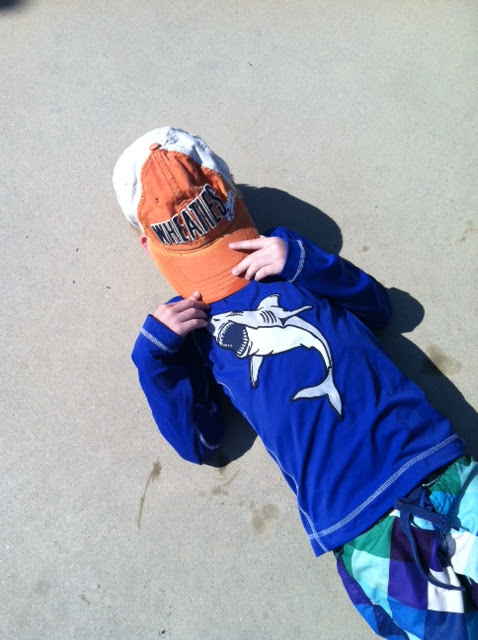 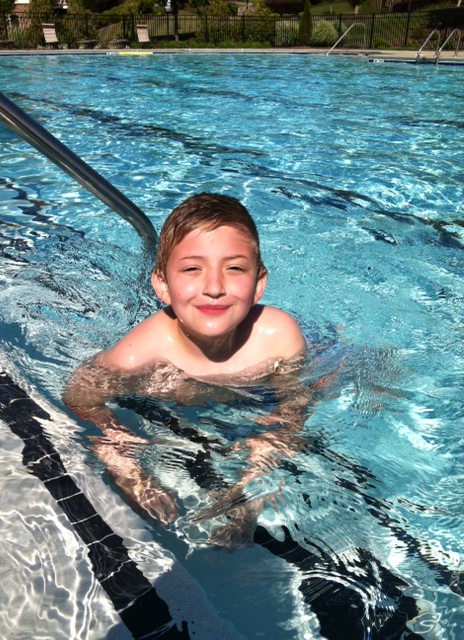 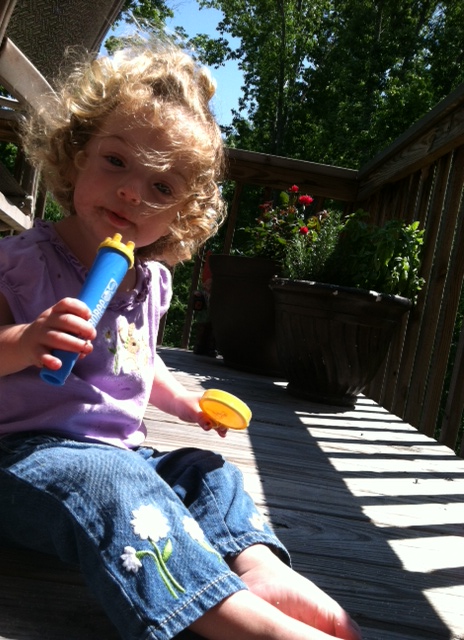 While I make dinner of Thai Peanut Chicken with Brown Basmati Rice.﻿ 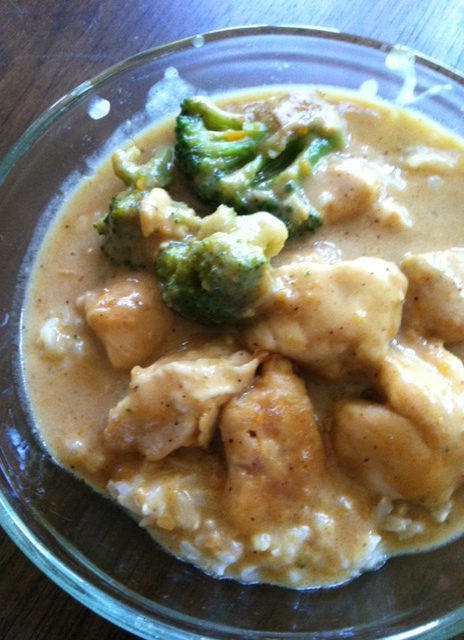 After dinner, I put Addy to bed.  Take Winston to Boy Scouts and run
to the store for a few forgotten items.  We get home at 9:00 p.m. and
the kitchen is a mess.  I clean it up.  I frost the cake.  Then I help Harris with
his final project for English.  I cut of pictures of the main characters from
To Kill a Mockingbird and glue them in a scrapbook.
﻿ 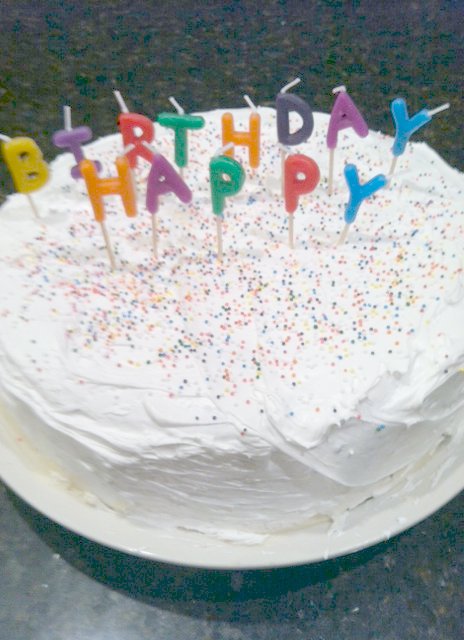 It is now after midnight.  I am exhausted.  I am heading to bed.
My day begins at 6:20 a.m. and I can't sleep in because it is Winston's birthday.
Good Night!

Shauna said…
Great post!!!! I love the looks of the chicken. I made yellow curry stir fry tonight. Happy birthday to your son. Love the cake. Love the shark, love it all!! Fun times!!

PS. Kelleyn, you can google solar beads and find all kinds of sites that will mail you the beads no problem. And there are tons of places to find experiment ideas. That's what I did. But my friend gave me the beads, so that is why I don't have a speciifc site for you to go to. Just google it. :)
May 16, 2013 at 12:57 AM

American Mom in Bordeaux said…
Wow, wonderful post! I love how you snap pictures along with your day! I totally understand days like that with my three! I have to say it's a bit different here in France, as French schools don't use as much parental help - but the after-school activites/dinner is always crazy! I love the dinner - would love that recipe - looks delicious!!
May 16, 2013 at 1:39 AM

Dana said…
It never, ever stops! And we wouldn't have it any other way.

One of my friends, a mother of four, once told me that she collapses into bed each night. I bet you do, too.

marie said…
Oh my goodness I hope some catch up rest in is your future.

A trunk full of Costco groceries and lots of swimming? We live the same life :)

On a serious note, I LOVE your kitchenaid, the color is so awesome! Mine is white, it was a gift from my mom when I got married, and it's still truckin'. But if it ever conks out I am getting the same color as yours!
May 16, 2013 at 3:51 PM

Kasia said…
Thank you for sharing your day with us! Love the shark! And Happy Birthday to your Boy. And Addy- she's growing so beautifully!
May 17, 2013 at 3:58 AM

Emily said…
I love the color of your Kitchen Aid, too! And are you going to post that yummy dinner recipe?????