Skip to main content
Labels
Posted by likeschocolate May 31, 2015 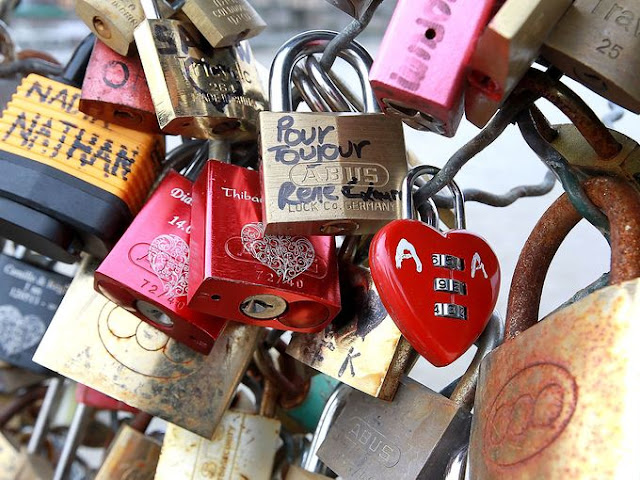 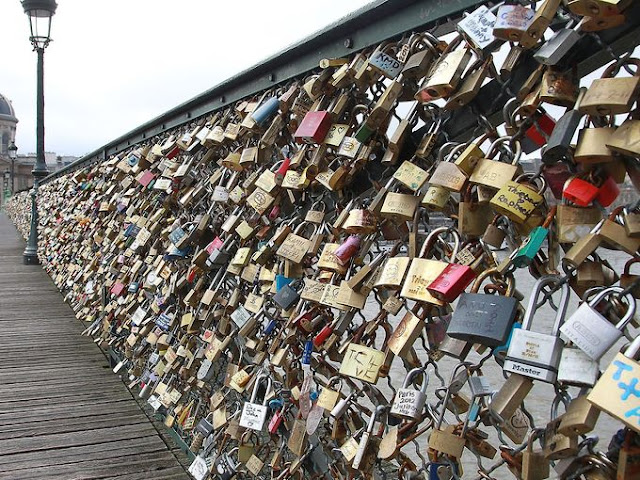 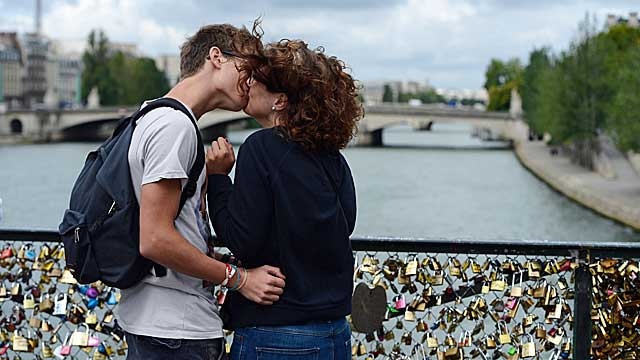 Have you heard of the bridge in Paris where young lovers and newly married couples hang a lock to validate their love?  The Pont des Arts bridge or otherwise called the Lock of Love Bridge will no longer be as of Monday. Paris officials will begin the process of removing the locks. They claim the locks while charming at first are now a city hazard to the bridge as the weight of the locks is too much and for the railings that they are attached to as they could give way.  They claim it is a destruction of French Heritage.  They also state that the vendors selling these locks are unwanted and pose a huge problem to the city.  In an effort to stop the locks from being attached to the bridge all locks will be cut off and a glass wall will be put in its place.  As I read this in the paper this morning, I found myself kind of upset by the whole thing.  Why?  I don't even have a lock on this bridge, so why should I care? The tradition started in 2006 when in a book titled I Want You by Lisa Hanawalt the two lovers declare their love by attaching a lock to a bridge on the Tiber River and throw the key into the river. I get the whole safety issue as who would want the bridge to collapse and someone hurt.  I certainly wouldn't!  What I think bothers me is that the locks are in a sense of art. Modern art and art is always changing.  Would France have all the beautiful buildings and paintings today if those in the past have said, "Sorry can't construct that building as it is a destruction of French Heritage."  I also feel like in a sense it is unappreciative of all those who flock to their city each year.  Millions of dollars are pumped into the French economy each year thanks to the tourist who visit.  I can't really be surprised by this though as while I think Paris is a gorgeous city and I love all the art and even the pastries I find the city to be extremely unfriendly.  In an effort to acknowledge the lovers and tourists the city should in its place construct a place where it would be safe to deposit one's lock.  In my opinion, I don't think they are going to succeed.  I think the locks will just appear in other places or on other bridges as they have in other tourist destinations around the world.  How about you?  What do you think?  Am I wrong?  Maybe?
Labels: France

Francesca said…
The locks have never grown on me, to be honest. I mostly find them ugly, and very little romantic. The key (haha!) question here, however, is what rights individuals have over public space, and to what extent they can change it in the name of art (think graffiti) or sentiment. In my opinion this particular question is one that can be easily answered by french consensus: how do parisians (and not tourists) feel about those locks on their bridge?
June 1, 2015 at 1:49 AM