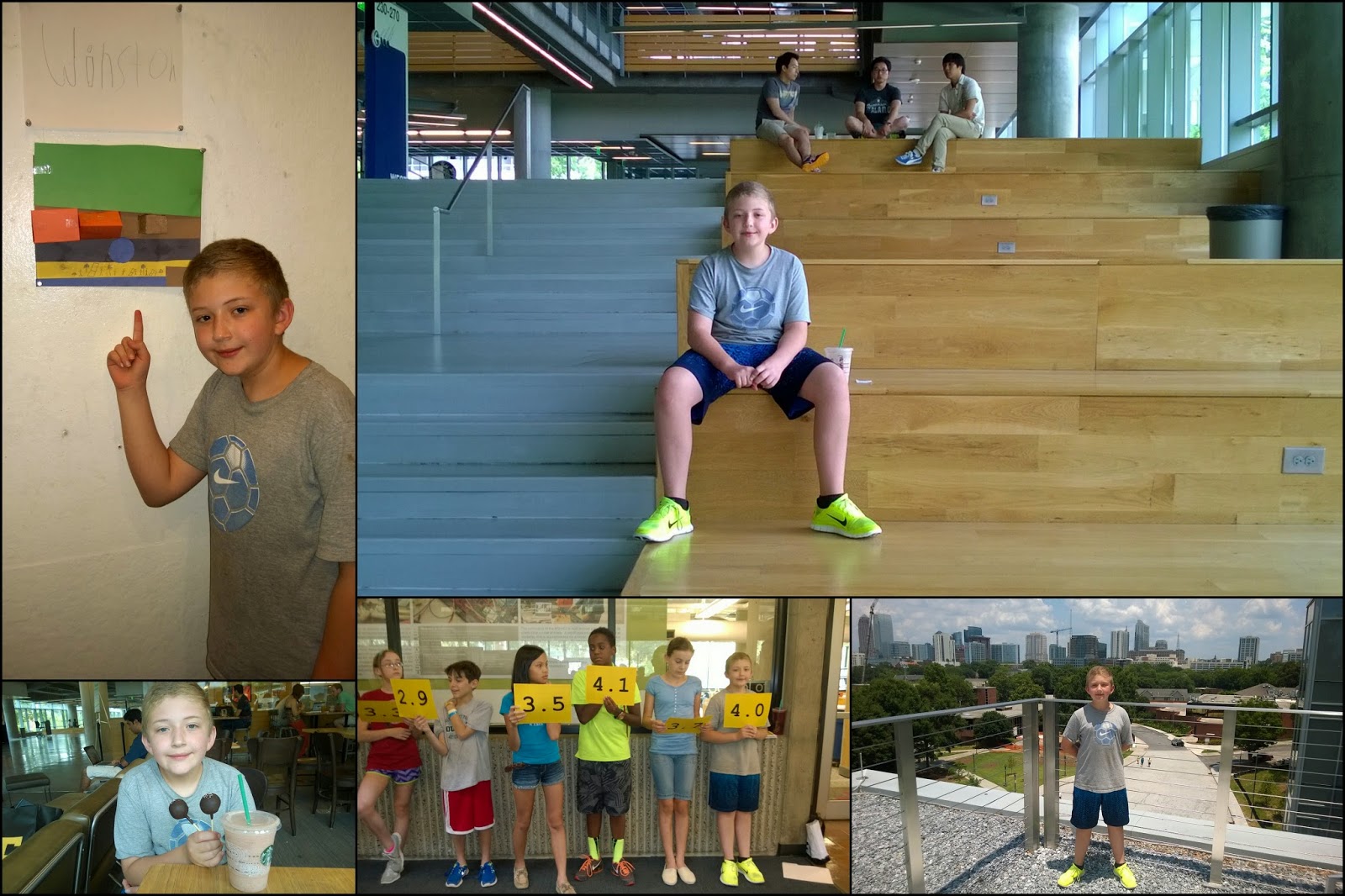 Each summer Georgia Tech provides summer camps for students of various age groups.  The camps are pretty difficult to get into and you have to have your school officials sign that you are capable of the work that you will be doing while at the camp.  This year Winston had the opportunity to attend a camp that focused on Architecture.  The students studied the history of architecture, its importance, visited an architectural firm, an then were challenged to create their own street front.  On the final day of camp the children gave a presentation off what they learned. It was a really great experience for Winston.  Harris will be attending a camp at Tech at the end of July on how to develop Apps for computers.

Wow!  What a month it has been and it is still not over.  When I was initially looking at the calender it didn't look like we had much going on, but we have been so busy.  Last night we went to see the Movie How to Train Your Dragon 2 and Harris went to a camp out in friends backyard.  This week we have a couple of follow up doctor appointments, I need to get my hair done for our vacation next week to Williamsburg, Addy is having her birthday party as she turned 3 on Friday, and a homecoming for a family who is bringing their 6th child home from China.  On top of that the World Cup has been on the television every night.  Wow! Who would have thought Spain the winners of 2010 World Cup would have gone home after the first round and U.S.A is playing amazing against Portugal. Along with who would have thought Germany would have not won it's game against Ghana!  Are you watching the games?  What is one your plate this week?
Labels: daily life Winston

Francesca said…
i'm not following the world cup at all, and never have followed any soccer events.
congrats to your boys, what fantastic opportunities! and happy birthday to Addy.
June 23, 2014 at 3:19 PM