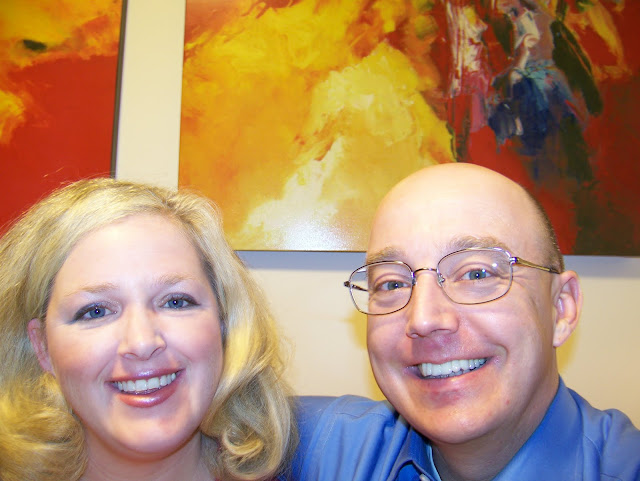 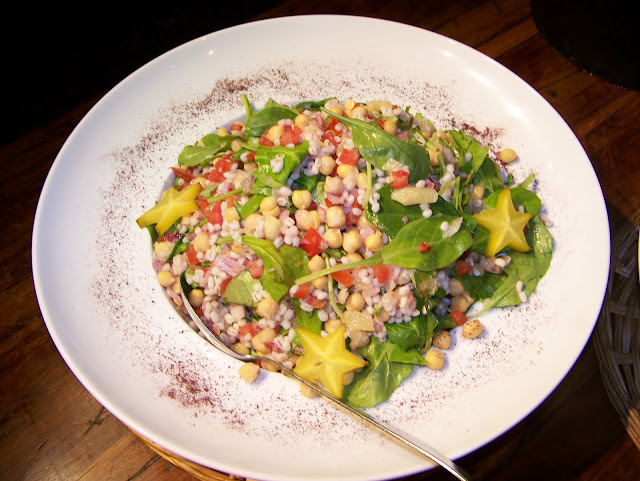 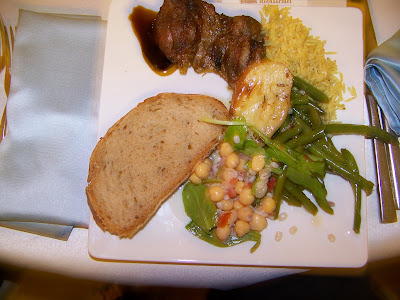 Isreal really has some amazing food. In the morning in our hotel, we not only had the typical American continental breakfast of cereal, bread, jams, cake, fruit but also had the opportunity to eat couscous, cucumber and tomatoes salad, stuffed grape leaves, halvah and other typical Middle Eastern fare. That evening for dinner we attended a party for my husband's work. Since it was the last evening of Hanakuh they began the party by singing a song and lighting the last candle on the Menorah. It was really nice to be able to participate in that since I had never be given the opportunity. The dinner was fantastic. We were served a choice of grilled chicken or beef tenderloin with a side of BBQ sauce. The chicken was so tender and juicy and the BBQ sauce was similar to ours yet different. It had a much sweeter taste almost similar to plum sauce. Then we had a choice of rice pilaf or sliced potatoes. There were a pasta bar and a few different salads. Then there was a choice of three of four different kinds of dessert like pecan pie, mixed berries with vanilla sauce, chocolate mousse cake, and pastry cream wrapped in phyllo dough like a cigar. YUM!!!!!
Labels: Isreal travel