The Markets of Tel Aviv 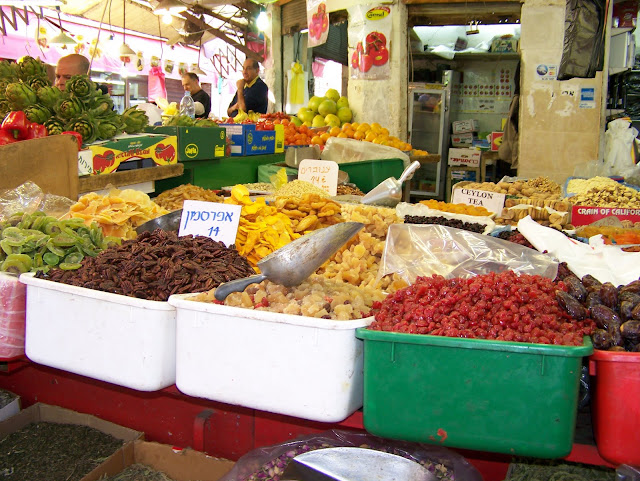 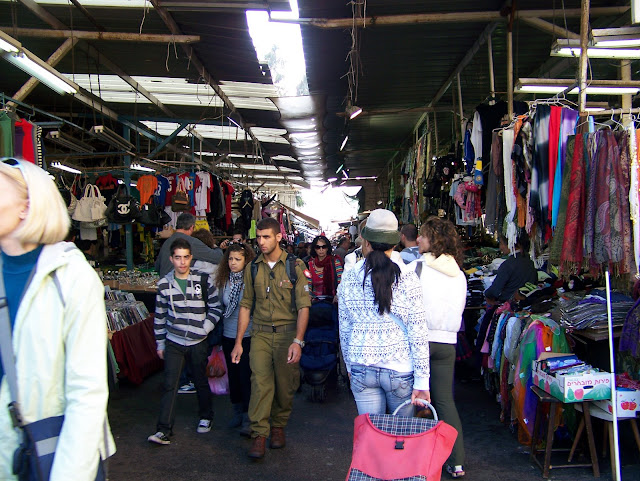 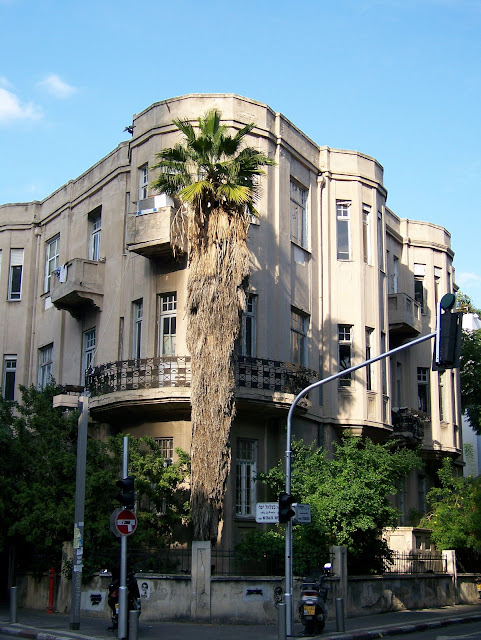 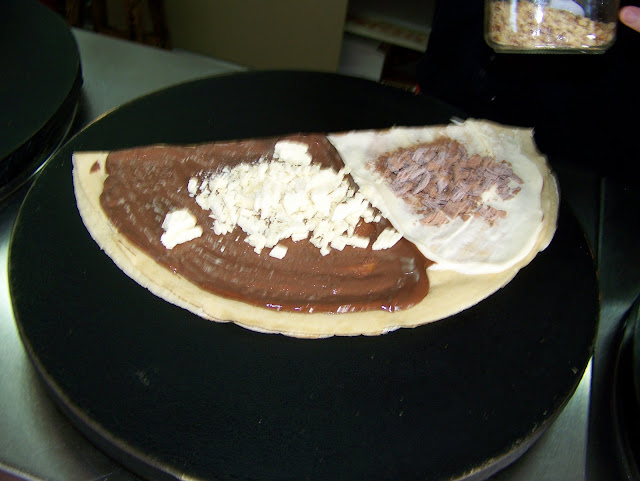 I was really planning to stay in my hotel room this day and take the opportunity to read and just relax, but then I thought to myself when am I going to get another opportunity to come here. Also, I have to admit my legs were so sore from the previous two days of walking. I think I averaged about 20 miles the first two days. Anyway, I had heard from some of the other wives that I should check out the Carmel Market. So off I went. The Carmel Market was about a 45 minute walk from my hotel room. The weather was nice. When I got there, I found heavy police and presence. I am not sure if this is the case all the time or just because Israel was fighting with the Gaza Strip. In fact, going into most buildings were there are lots of people your bag will be searched. I didn't mind if it meant I was going to be safe. The market consisted of two streets where booths were set up with everything from pottery, jewelry, crafts, t-shirts, clothes, produce and baked goods. I had planned to eat at restaurant called Moses where I read they had really good burgers, but I changed my mind and ate at a little stand that was selling pitas stuffed with salad and kabab. Usually, I do not eat at these kind of stands because I always get food poisoning, but two things changed my mind and that was the crowd and Israel kosher laws. The kabab was made of a mixture of beef and lamb then mixed with cilantro or some other herb. They make them into small patties and cook them over a grill. Then instead of a yogurt sauce that you might find in Greece they use Tahini. I have to say this was one of my favorite meals in Israel. Then from the market, I walked to Rothschild Blvd which claims to be the Champs Elysee of Isreal. Though I would say it is Rothschild Blvd because I think if you try to compare it to the Camp Elysee you will be disappointed. It does have it's own charm. There are many upscale restaurants located on this street along with some famous architecture called Bouhouse from the 1920's and 1930's. On my way home, I found a crepe shop, so I treated myself to one and considered it my dinner since Frank would be late that night. The crepe brought me back to Elbe where we spent a week this summer. The kids and I enjoyed several of these with various toppings. Kudos go out to my husband who won an award for his work. Yahoo! Way to Go!