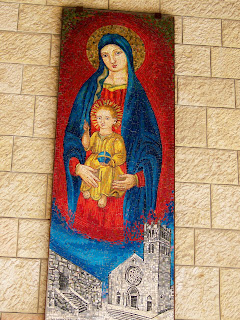 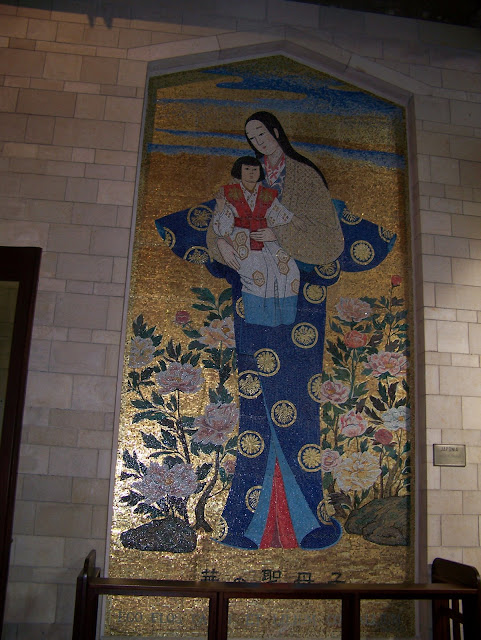 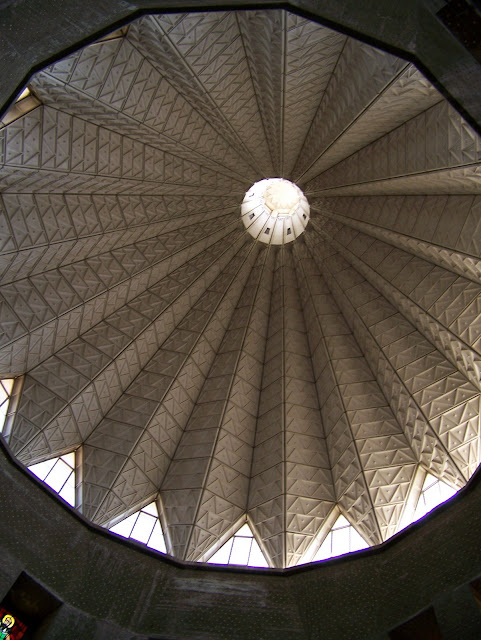 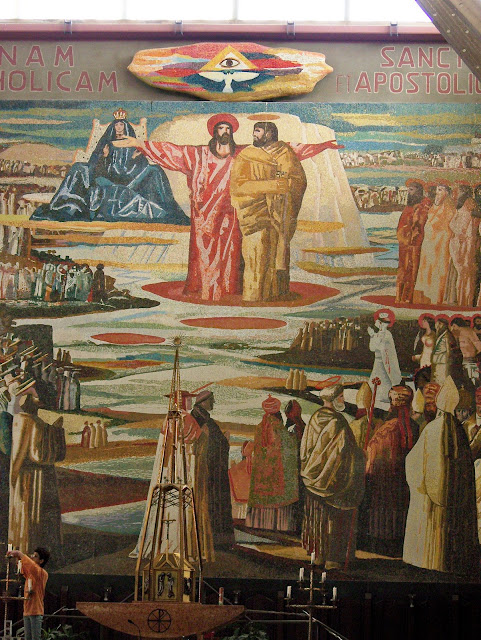 The center wall of the inside of the church 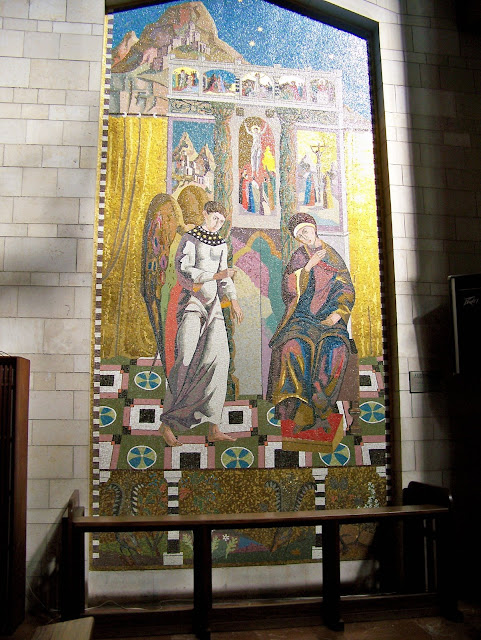 Nazareth is the city where Mary was told by the angel that she would be with child. It is also the city where Mary, Joseph, Jesus, and his family lived when they returned from Egypt. Today the city is predominately Muslim. I am not sure why it was safe to travel there, and yet it was not safe to go to other Muslim communities within Israel such as Jericho or Bethlehem. I am glad though that we got the opportunity to see this city. Today like just about every holy site where Jesus lived there is a church built over the site. Most of these churches either contain the site and are excavated within so that you can see the original site, or sit above on a stilt base so that you can see the original flooring and walls of the building of the time. I didn't include any photos of the well where Mary was told she was with child or the house where Jesus lived when he was 12 because the pictures really do not capture the essence or scope of what you see. However, the artwork that is in the church was really beautiful and comes from around the world I thought this is what I would like to show. One thing I thought was really interesting about Nazareth is that in just about every storefront that lined the main street except restaurants there were pictures of Santa in the windows or blow up Santa's for sale. Why? I am not sure. Do the people love the picture of Santa even though they do not celebrate Christmas? Were they there for the American tourist,? Another thought came to me that maybe they were there to make Americans feel more comfortable? It is pretty funny when you think about it.
Labels: Isreal travel