We had been planning to go to Saalburg for a while because every time we drive up the A5 back from Frankfurt there is a sign advertising the castle or rather ruins, but as life would have it we were busy and hadn't made it till this past week when Roman's teacher asked all the parents to take their children.  Saalburg is located I would say about 20 minutes outside Frankfurt on the edge of the Tanaus Mountains and more like a half hour from where we live in Butzbach.  It is a part of the UNESCO World Heritage sites as it is one of the most completed forts belonging to the Romans, who occupied Germany, beginning around 90 AD.  It is believed that the Romans occupied the area until the beginning of the 3rd century. It also appears that the fort was abandoned freely as opposed to forced withdrawal. The museum is really fascinating as it holds original Roman coins, shoes, weapons, pottery, and even games.  Romans class is studying this time period of German history.  We didn't stay as long as I would have liked at Saalburg, as was freezing that morning; however, I think the kids got a good over view of what life was like during Roman occupation in Germany. I was actually pretty impressed how sophisticated many of their tools and other daily living supplies were at that time period.  I don't know about you, but I always think that those who lived in those times lived pretty primitively.  The children also had fun watching a group of adults learn how to protect and fortify the fort with shields.

After Saalburg, we then drove east and went to Hanau.  I didn't really have a game plan for what we were going to see.  I thought maybe we would walk around the city center, get some lunch, and an ice cream.  Maybe do some window shopping and play at a park; however, as we were looking for a place to park we saw the Schloss and decided that was where we wanted to go as there were so many brides and wedding parties.  The girls thought they all looked like princesses.  The grounds are lovely at Phillipsruhe and it backs up to the amphitheater, so we got a free concert while we feed the ducks. The castle is located along the Main River and the children had fun playing at the various playground stations; however, before playing we took a self guided tour of the schloss.  Addy found the room with dress up costumes and begged if she could have her next birthday party at the schloss. A bridal party was having a toast in the cafe and boy was I tempted to get a yummy piece of cake, but I thought I better not with the children.  In the upper rooms of the schloss is an exhibition to the Grimm Brothers who lived in Hanau until they went to university in Marburg.  They did not write the stories but rather gathered them, edited them, and published them in a collection of tales. The stories are a collection of folk tales. These collection of tales include Cinderella, Snow White and the Seven Dwarfs, Little Red Riding Hood, Sleeping Beauty and the Frog Prince and with many others such as Hansel and Gretel.

While we didn't have a chance to see everything that there is to offer in Hanau, I am pretty confident we will make our way back to this city some day.  I hear they have a lovely Christmas market. 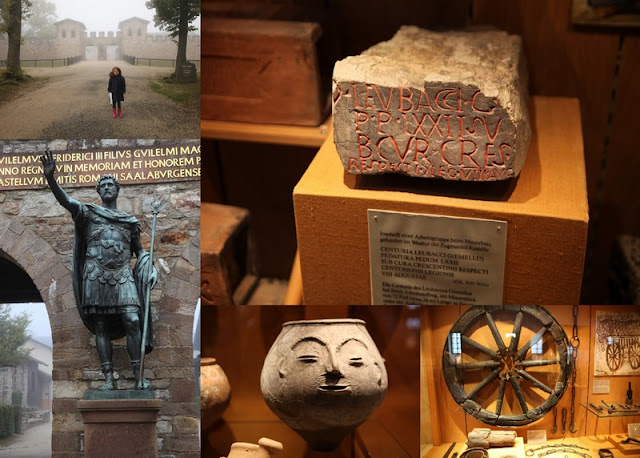 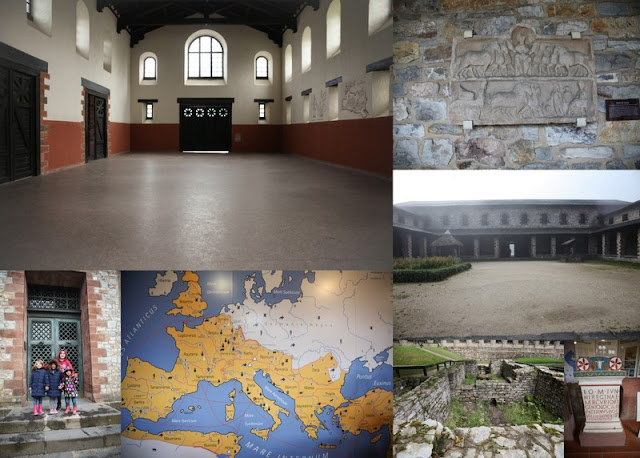 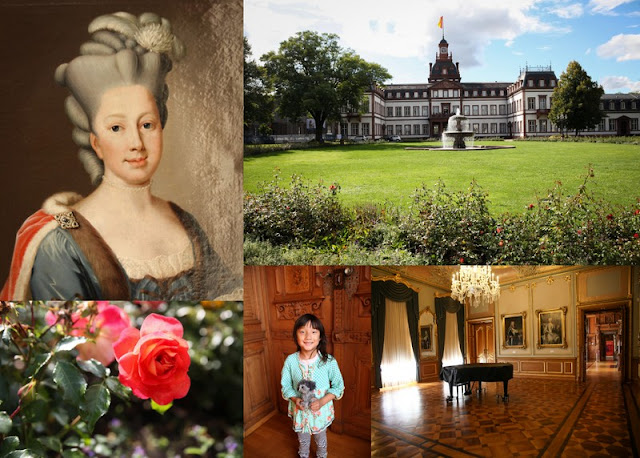 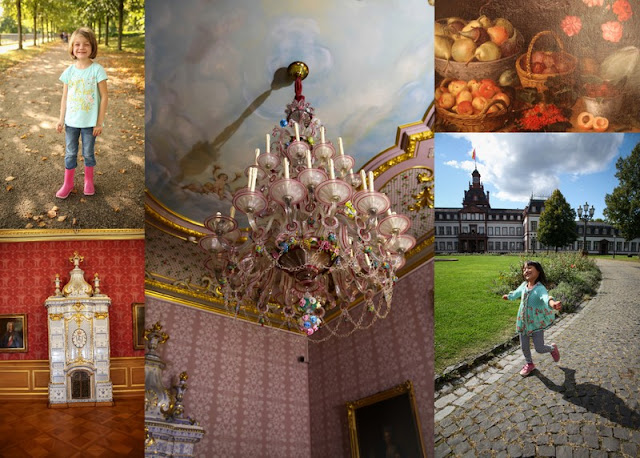 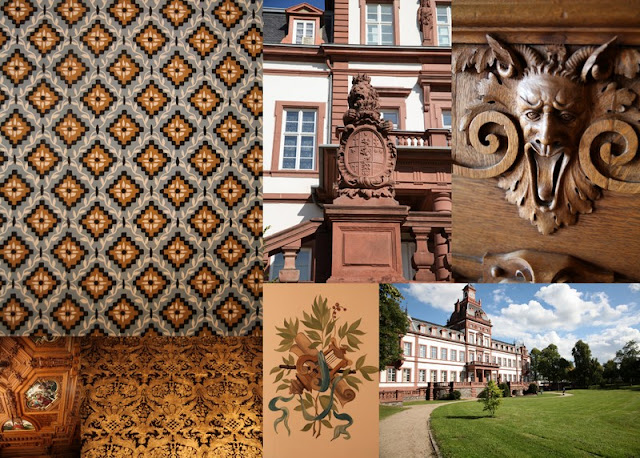 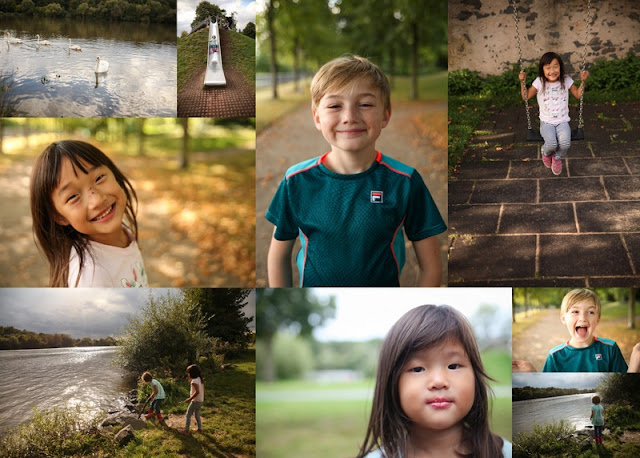 Billy Blue Eyes said…
Looks like a really great place to visit, we have Roman remains around in the UK but not like that
September 20, 2017 at 10:31 AM

Nancy Chan said…
I love museums and this is a great and interesting place to visit by the look of the photos. Love to see the happy faces!
September 21, 2017 at 12:14 AM

Jeanna said…
I wouldn't think the Romans occupied a castle in Germany, shows you what I know. Very interesting stuff. The girls must have been fascinated with the happenings in the castle and there seem to be so many of them. I didn't really know the deal with the brothers Grimm, cool.
September 21, 2017 at 11:54 AM