A Half Day in Wiesbaden

The details are kind of lost on me now as to why we only had a half day in Wiesbaden, but I think it had to do with our original plans falling through and at the last minute deciding to hop in the car and head to Wiesbaden to explore the city.  Oh, now I remember!  Something to do with a bomb in Frankfurt. I don't really watch the news here in Germany, so I don't know if there was an actual bomb threat or if they were doing some training incase such an event occurred, but it was advised to stay out of Frankfurt that weekend, so upon hearing this information we switch our plans to go to Wiesbaden.

Wiesbaden long known for it's thermal baths and used by the Romans, is the capital seat of Hessen. The state where I currently live. Germany has 16 states.  Wiesbaden has about a 1/3 of the population of Frankfurt but in comparison to most German cities it is is pretty big with it's 288,00 inhabitants and over 300,000 if you include the 19,000 U.S. soldiers that live within the city.  If you are looking for the quaint Hansel and Gretel style German facades it is better to head over to Mainz as Weisbaden is more Modern.  Don't get me wrong, in comparison to U.S. architecture Wiesbaden wins hands down, but if you are looking for the Germany you see on travel posters than Wiesbaden is not your city.

A half day doesn't give you much time to see a city; especially, when you have kids in tow so we decided to just focus on the Nerobahn and plan to go back in the future.  The Nerobergbahn is a funicular railway system that connects the city of Wiesbaden to the hills of Neroberg. What is cool about this funicular railway is that it is propelled by water propulsion. Once you arrive at the top you will find a beautiful panoramic view of the city.  We enjoyed lunch at the restaurant there and then walked the trail down to the Greek Orthodox church.  Had the children been older we would have tried the forest obstacle course called Kletterwald.  Afterwards, we drove around the city a little bit getting our bearings of the layout of the city and making notes for what we wanted to come back and see in the future. 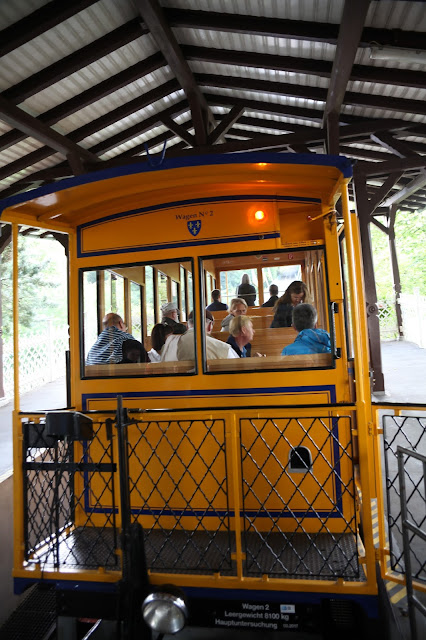 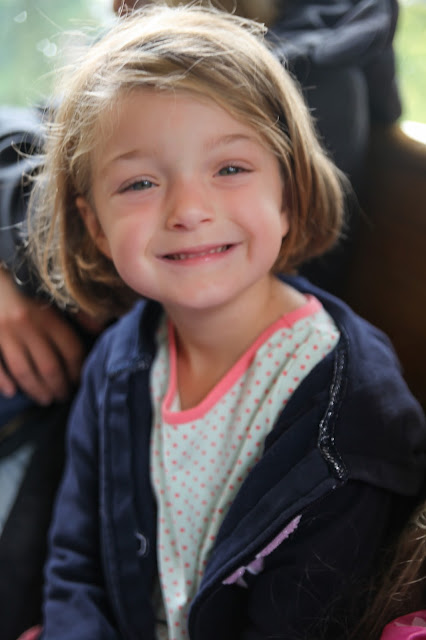 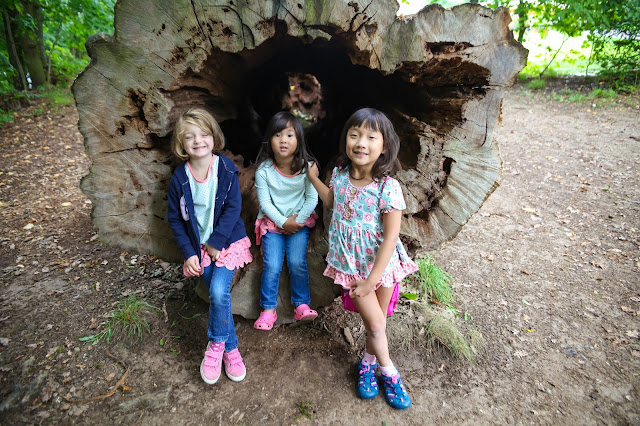 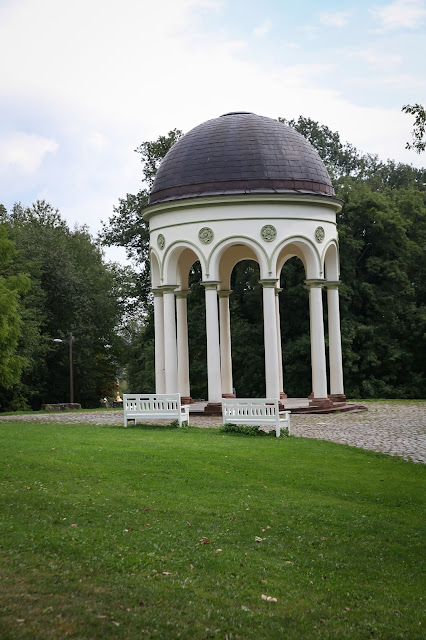 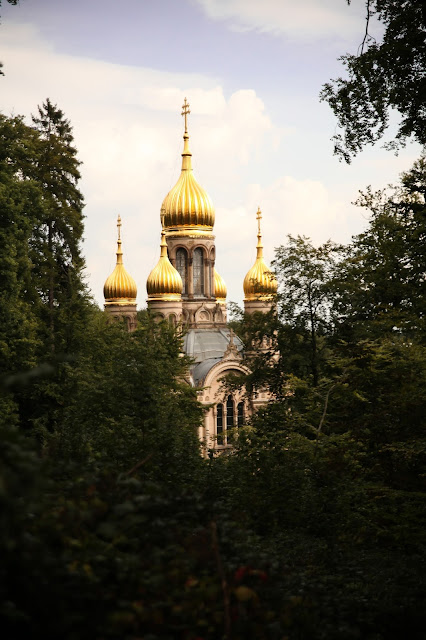 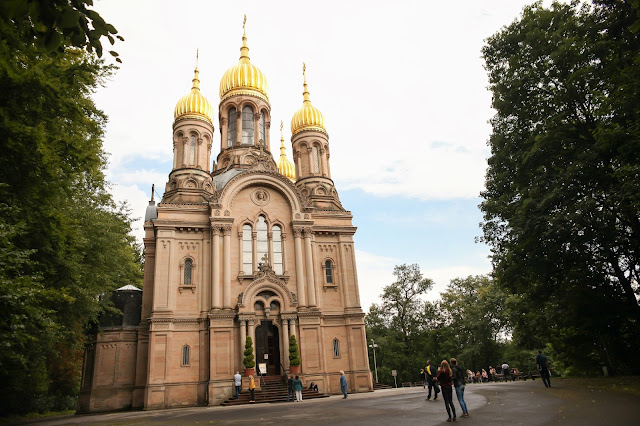 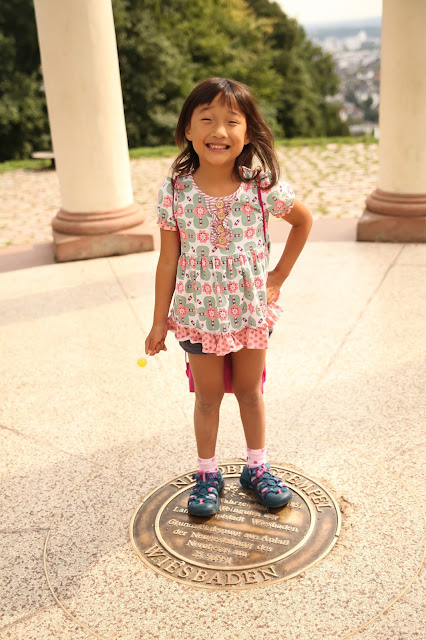 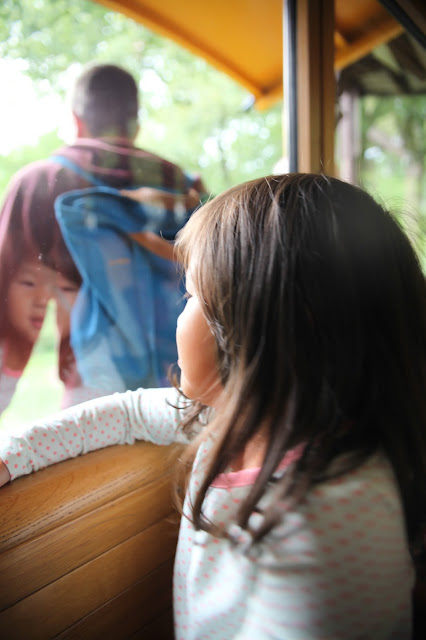 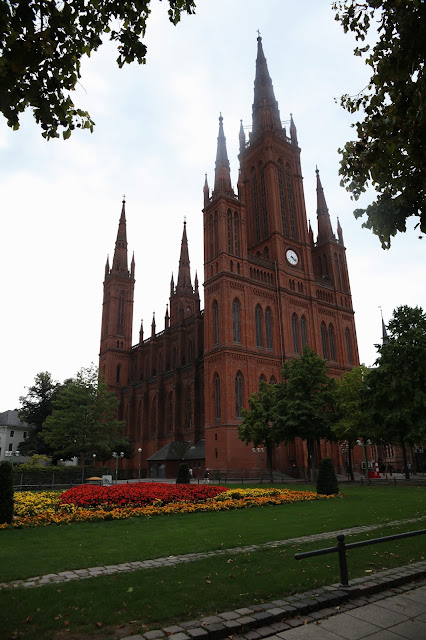 The iconic Green Ampleman of East Germany now a sign of reunificiation was orginally designed by Karl Peglau, but these statues were designed by Otmar Hoerl and travel around the country. 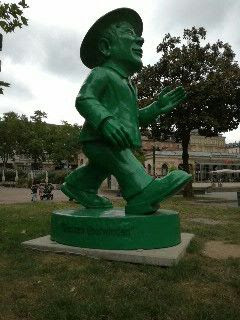 Mascha said…
Cool, you're traveleling through Germany. I think, it was a training in Frankfurt at the end of august. We had a a few bombs in other cities, sigh!
The name is WIEsbaden, not WEIsbanden, German language seems difficult (like for me the Eglish, hehe - ).
Have a great new week :)
September 17, 2017 at 12:14 PM

Soma @ inkTorrents.com said…
Half day go by so quickly, however, you managed to not only visit some beautiful places and took wonderful photos.

Anonymous said…
When I saw the gold towers, I remembered I had been there (many moons ago, when hubby worked in Berlin). Hope you'll get to the Schwarz Wald sometime - so pretty! You probably need longer than an afternoon:) Many thanks for sharing your discoveries with All Seasons. Your kids are troopers!
September 18, 2017 at 3:56 AM

Deborah said…
This made me laugh out loud. After three years in Sweden, I still only read English and international news, hence in my head, it's all hunky dory in Sweden.
And as for the 'training' in Frankfurt, they found the biggest bomb since the end of WWII, weighing 1.8 tons, containing 1,400 kilogram explosives. More than 60,000 people had to be evacuated. Good that you went to Wiesbaden... :-D xx
September 18, 2017 at 3:03 PM

Sharon said…
Another gem of a town in Germany! What fun to explore these places. I love the architecture of the church.
September 23, 2017 at 11:53 AM