The Joy of Cooking -Focaccia and a Book Review

Hi!  You still there?  I am still here!  Didn't intend to be gone for so long, but I have had some problems with my computer and it is still in the shop.  So, here I am on my sons computer because I can't stand to be away for so long.  The break while not intentional was well needed.  My well is kind of dry.  I don't know if I mentioned, but my father moved  just around the corner from me a couple of weeks ago.  I am his only child and he is getting older.  So if you can read between the lines than you know that means, I have been very busy.  First it was helping him set up a new household as he left most of his furniture behind due to the expense of moving it!  Then it was getting him medical attention for some aches and pains that are ailing him and then it was straightening out his finances.  The reason why he had to move here was his girl friend of 3 years stole about 65 thousands dollars from him and he had to sell his home to pay the debts.  Today, I spent a lovely day on the phone (can you hear the sarcasm in this sentence) with the bank trying to get information on his accounts so that we can try to get some of the money back and report her to the police.  All I got was the run around and switched from one department to another.  Thankfully, I do have power of attorney now over both his medical and financial well being.  I just feel so bad for him because he has the biggest heart and would not hurt a fly.  She totally took advantage of him!  While I was gone, I did find the time to read this great book called My Berlin Kitchen, and I totally loved it! 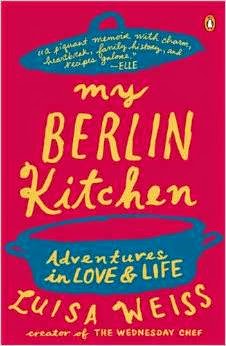 The book besides being an easy read takes you on a journey of life, food, and love.  Doesn't that sound like a good book.  Luisa's story is so similar to mine minus that I got married at a younger age than her and did not work in the book publishing industry; however, we both blog, we both love to cook, and we live with our hearts divided between two places.  While I have never lived in Europe for more than 4 months at a time upon departing I always seem to leave a part of my heart there, and even harder is the loss of not being closer to my husbands family.  Do you know that we have never spent a Christmas with my husbands family after having children.  I dream of my children spending at least one Christmas with his family and seeing Germany in the winter and the Christmas markets.  The book is not only a great read, but has some pretty good recipes in it too.  I tried the first recipe with is an omelet with jam in the middle.  Sounds strange doesn't it?  It was so good.  The perfect combination between salty and sweet!  Last week we made the focaccia recipe from her blog.  It was pretty good.  A little to crispy, but that could be just me.  I need to try making it a second time.  It was like being on Elba for a minute eating the perfect focaccia while on the beach watching the children play. 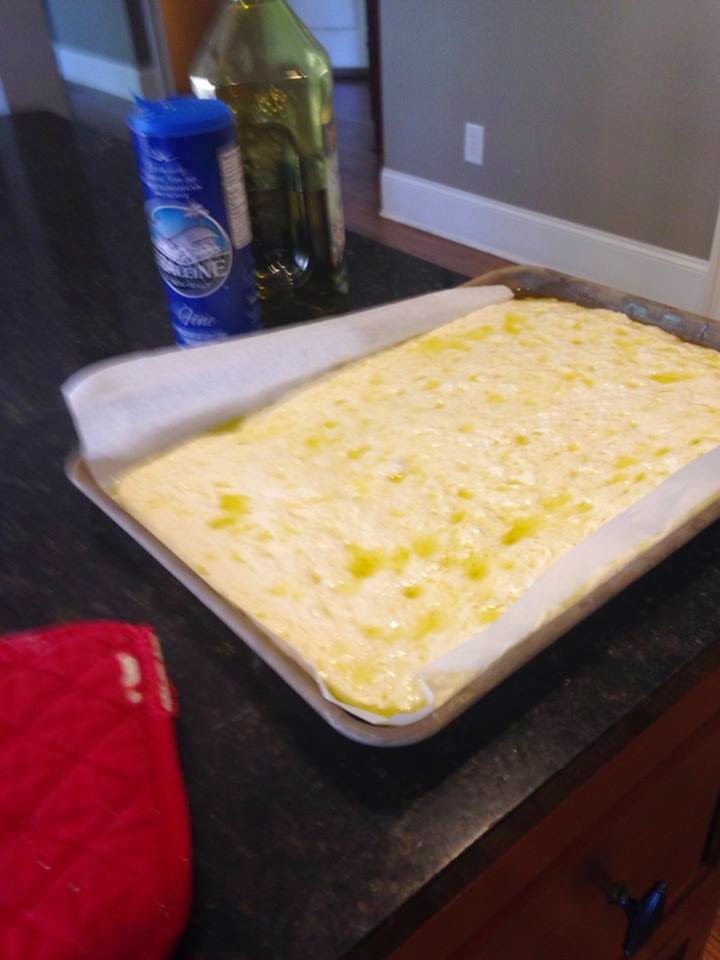 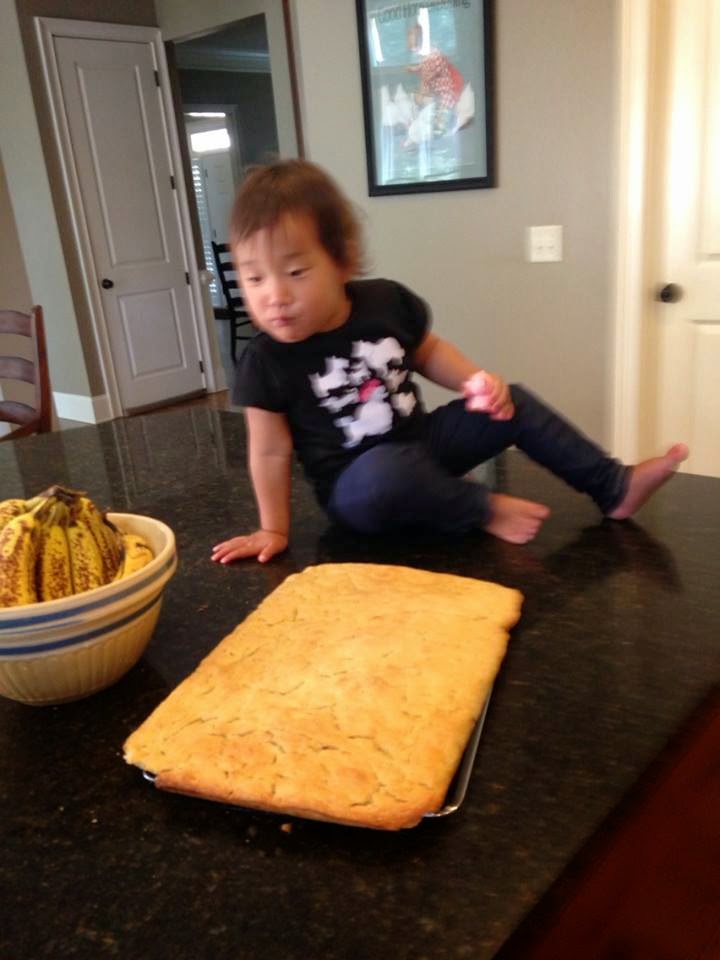 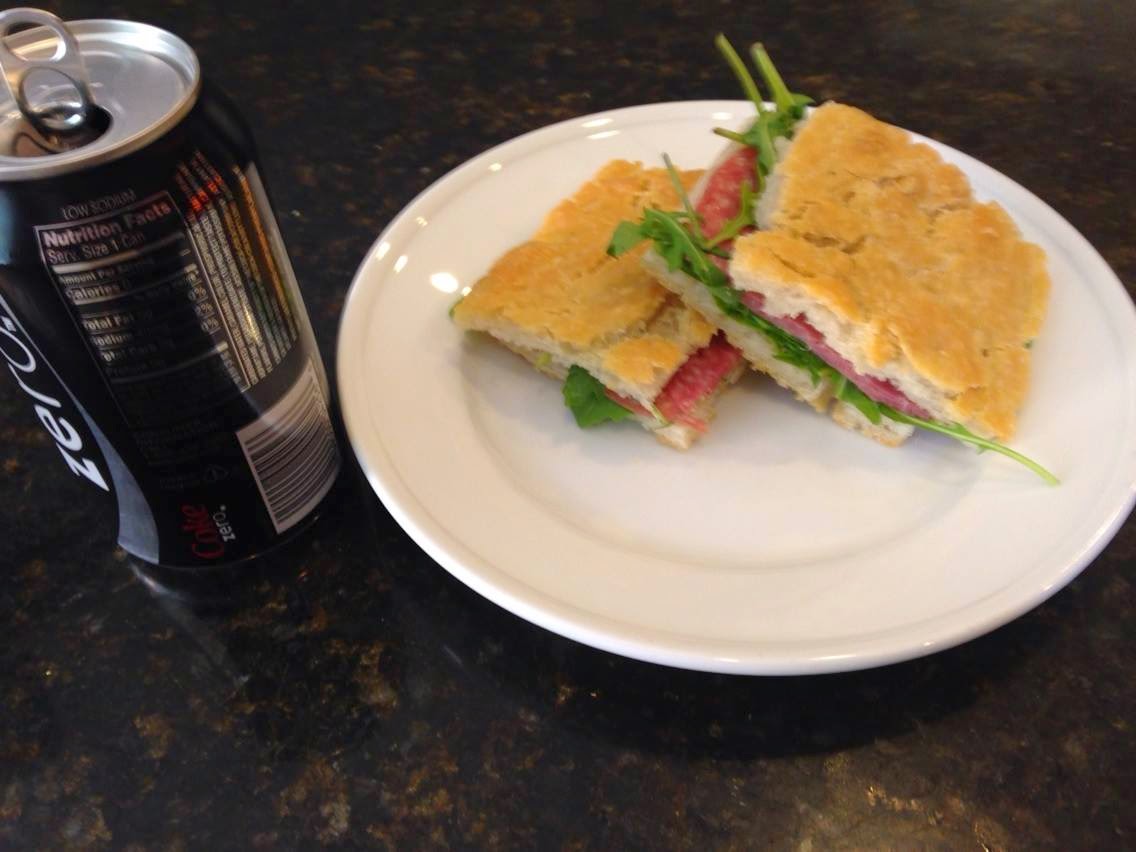 Well, it is very late!  I better get to bed as I have to get up in a few hours to get the children off to school.  I hope you have a fantastic weekend.  Do you have any plans for the weekend?  I am hoping to go to a movie or Stone Mountain for the laser show and firework show.  On Saturday, we are going to a baptism of a friend of ours daughter.  I need to not forget that I volunteered to bring a dessert.  Happy Weekend!
Labels: book review recipe

Francesca said…
good thing that you can take care of your dad now, even though i'm sure it adds to your already busy life!
that does sound like just the perfect book for you :)
August 15, 2014 at 11:33 AM

Unknown said…
That is so terrible about your dad. I can't believe people do things like that! Hopefully you can get some of his money back. And hopefully once he is all settled in, things will be a little less busy for you. :)
August 18, 2014 at 8:38 AM