A Taste of Summer 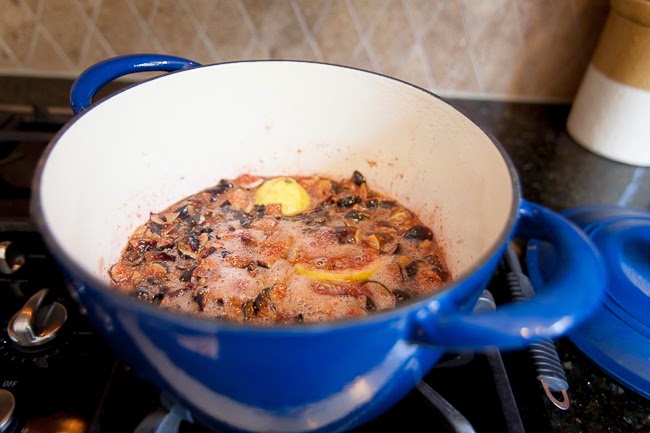 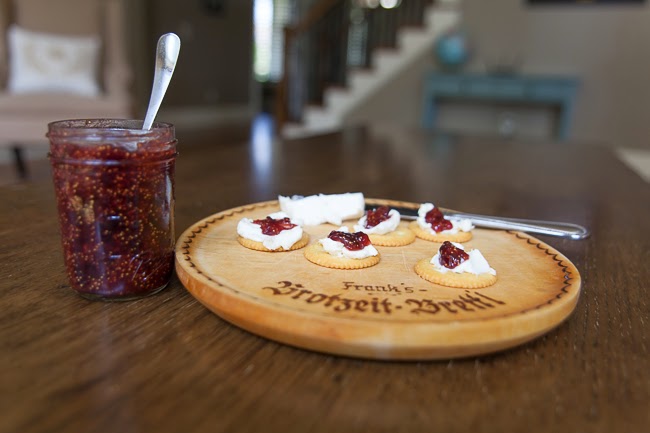 Despite the children being back in school, summer is still in full swing here in Atlanta.  Yesterday, I thought we were starting to get a reprieve from the heat, but just after noon the temperature on the scale slowly rose again to 90 degrees.  It has been pretty much that temperature since May, but I am not complaining because that means my children can still go swimming.  Going swimming means children who sleep like babies. August also mean fig season.  In the U.S. fig season is pretty short.  I am not even sure all supermarkets carry figs because my local grocer didn't get any this year and I had to drive a little farther to a farmers market.  My friend from Italy loves to eat them like you would a peach, but I like them on Pizza with prosciutto and spinach.  Super yummy!  This year I thought I would make some fig jam so that I could enjoy figs all year round.  If you read my previous post, I mentioned a book called My Berlin Kitchen by Luisa Weiss and in her book she gives this recipe for fig jam.

1 1/2 pounds of wiped cleaned and quartered figs. (color doesn't matter)
1/2 of a lemon using its juices and zest.  Don't throw away the lemon half as you can throw this into the pot and it will help your jam set up.  It acts like pectin.
2 cups sugar
a generous pinch of cinnamon

Place the figs along with other ingredients minus the cinnamon in a medium sauce pan in your refrigerator overnight.  The mixture will create nice juice.  Place pot on a low flame and bring to a boil.  Once it comes to a boil reduce the heat to the lowest setting you have and allow it to simmer for two hours.  Once the jam has cooked mix in the cinnamon.  Note: my jam was done in about 1 hour 20 minutes.  It was starting to burn on the bottom, so I knew it was finished. I also used my scissors to snip the figs a little smaller once they had been cooking for about an hour. When figs are not in season, you can use this jam on pizza.  As you can see I enjoyed a little nice lunch of crackers, cream cheese, and jam.  It was perfect.  I think it would pair up really nicely with a pepper cheese too!

This post was inspired by the invitation from Francesca to participate in a blog hop.  I was told it was OK that I didn't knit and my pots could be used as my means for creation.  I am going to nominate Danelle and Shauna to join in on the fun.

Anonymous said…
This looks delicious and easy. I love figs on everything (especially pizza) and I'm excited to make the jam!
-Jenny
September 2, 2014 at 5:28 AM