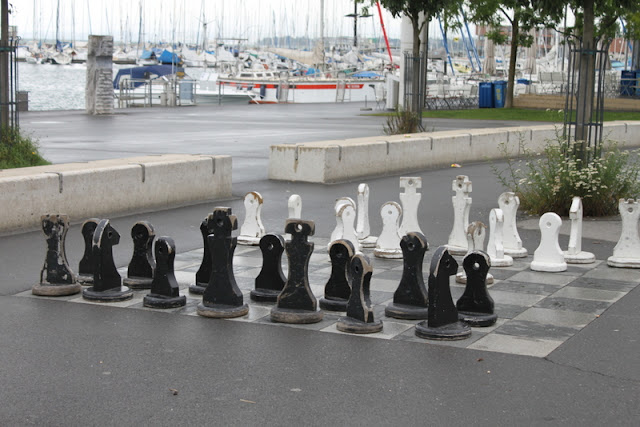 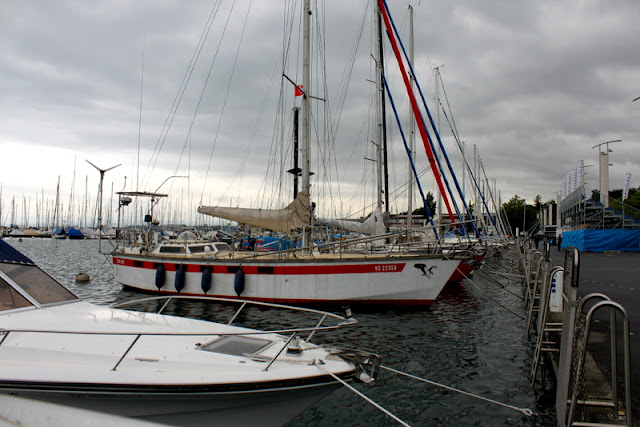 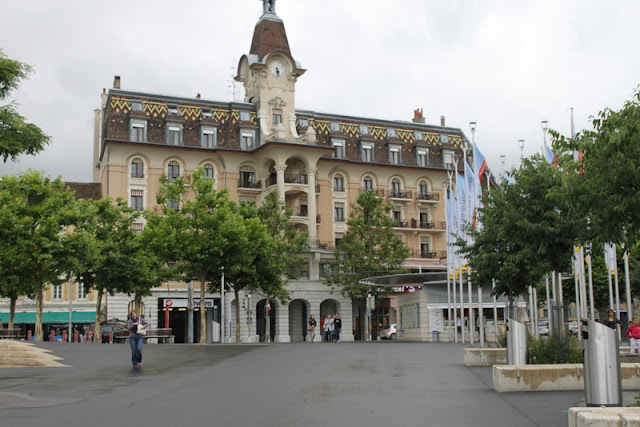 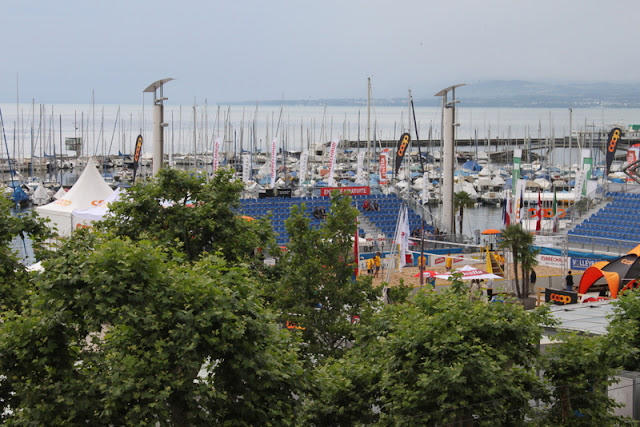 Sunday the heavens opened and the rain came down like you have never seen.  Then we should have none something was up when Roman was quiet.  He is never quiet.  He started throwing up.  Our plans changed from that point.  Touring the city was just not going to be possible.

*We stayed in Hotel Aulac located in Ouchy on Lake Genevieve in Lusanne.
* Thankfully, we did not have to pay for it.  It was paid by my husbands work.
*The Hotel while it's furniture is a little outdated like most  European hotels has an awesome bed, pillows, and linens along with a fantastic view of the lake.
* Lusanne jets out of the lake and is situated on the side of a mountain.  A total bear to walk.  Thankfully they have an awesome metro which means you don't to walk the hill.
* The city has an awesome Olympic museum, but we opted not to see it with the children.  Maybe another day.
In front of our hotel is the waterfront and it has a playground for children.
*I have never seen so many swans in one place.