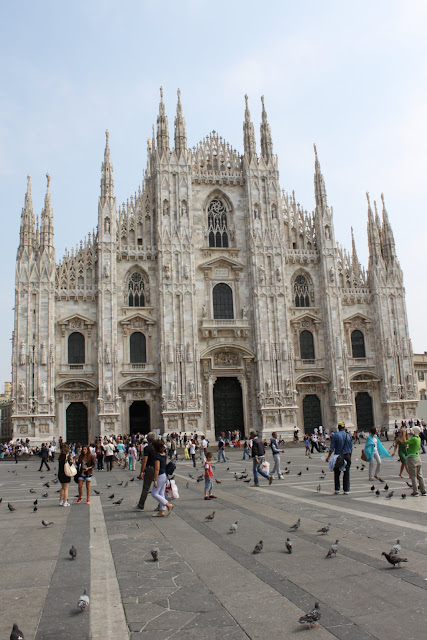 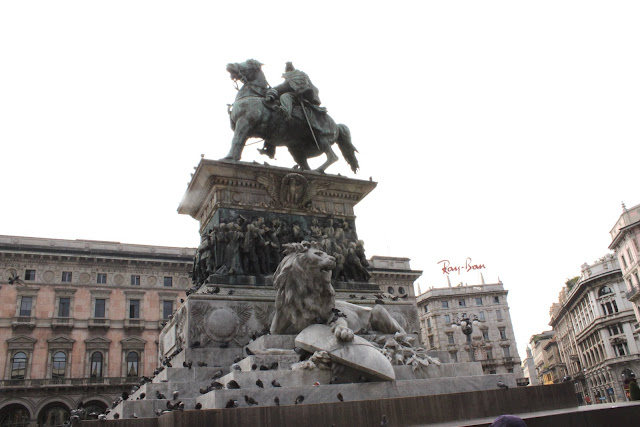 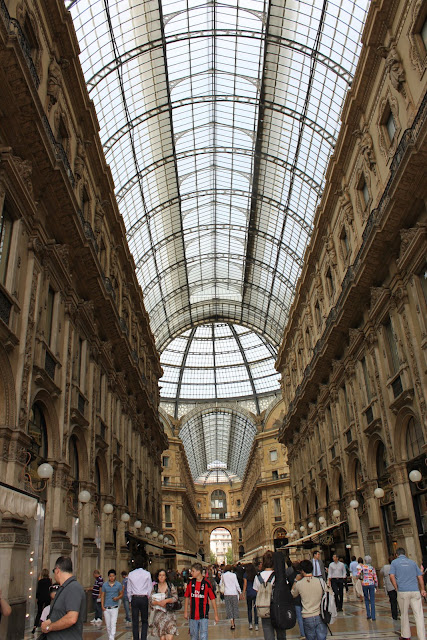 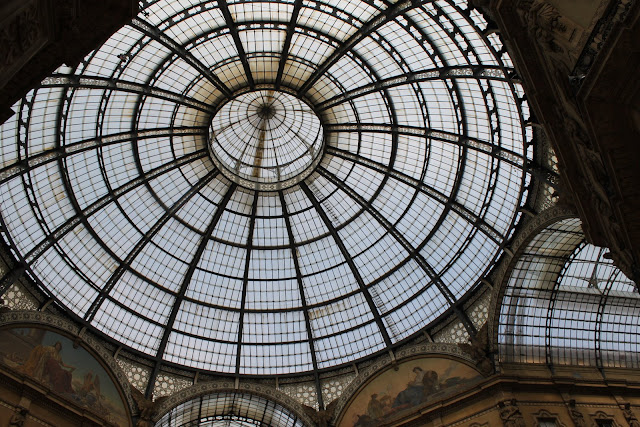 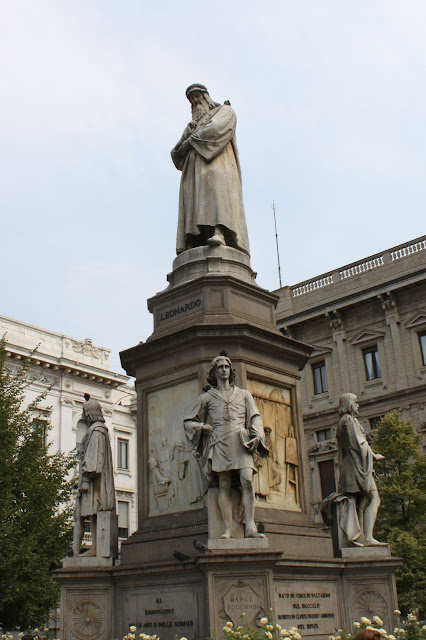 Hello Leonardo!
On Monday, I spent the day in Milan getting to know the layout of the city. Of course, I had a Gelato and I did a little shopping in the Galleria even though most of the stuff was out of my price range. I had fun window shopping. The Galleria was built under the power of Vittorio Emanuele who was the King of Italy of the time. Designed in 1861, but construction did not begin until 1865 and was completed in 1877. It was the precursor to the inside shopping mall. Another reason to love Italy. Afterward, I met Frank and his colleagues (Maximo and Christine) for an amazing dinner, but that is for another post.

Unknown said…
This trip looks fantastic! The old architechture is amazing!
September 21, 2010 at 10:36 AM

Valeria said…
Hi! I bumped here from Life with Kaishon blog's. I'm from Milan, if you like gelato you have to try "latteria" in via Solferino or "Grom" this last ones are different stores spread in the city, look for the one close to you!
enjoy your stay! and your gelatos!

Anonymous said…
So glad you had a wonderful trip. I thought of you off and on and visited your blog. So happy to find pictures. I love Italy, we have family in Verona. I LOVE Italians, they are so warm and friendly. So glad you have another memory tucked away.
xo,Gina
September 21, 2010 at 2:15 PM

urban muser said…
love milan! the duomo was covered in scaffolding when i was there. and oh, saw your post on lake como. loved it there too. great photos.
September 21, 2010 at 8:38 PM

Anita Johnson said…
I feel like I've been on a little vacation looking at your wonderful photos. Just today I mentioned traveling to my husband. He missunderstood and said something about a trip to Walmart for a battery. I was thinking a bit bigger and farther than that! (-:
September 21, 2010 at 9:07 PM

Francesca said…
Lots of sightseeing! The galleria del duomo is one of my favorite places. I love the mosaic pavements, the glass rooftops and the grandeur!
September 23, 2010 at 12:51 AM