Hi!  Happy Friday!  It is hard to believe we have been back for almost two weeks.  Ireland seems almost like a dream.  Have you ever heard of the Giant's Causeway?  I hadn't until one afternoon I saw it featured on a Rick Steves show on Ireland. The Giants Causeway located in the northwest corner of Ireland is a true treasure to the country.  In all my travels I have never seen anything like it!  Now, my 10-year-old son wasn't so sold on why I was so gaga over the place, but the fact that nature can create something so spectacular and unique is cool.  What is the Giant's Causeway?  They are basalt columns that run 4-6 miles along the coast. What is so unique about them is their hexagonal shape. I read there are approximately over 40,000 of these columns. They were formed by lava being pushed forward out of the ocean and when it cools the basalt cracks and forms this shape.  Irish legend has it that the stones were caused by a Giant named Finn McCool who was in a fight with a Scottish giant named Benandonner who was trying to claim an Irish island as his own.  Finn got mad an picked up stones and threw them into the ocean creating a bridge by which he could duel Benandonner.  Whether it be fact or myth, I am grateful that today the Giants Causeway is protected under the UNESCO Heritage sights as it really is a sight to see. Just a little info on the sight, you can visit the site for free if you park your car in the neighboring town and ride one of the shuttle buses.  The shuttle is a small fee, but then you can walk down to the beach to see stones once you get to the Giant's Causeway visitors Center.  That was not an option for us though as my mother has bad knees, so we parked our car at the visitors center, paid to enter into the visitors center, and then paid another small fee for a shuttle down to the beach.  Warning the visitors center is not cheap, but we were able to purchase a family card which softened the blow by a little.  Inside the visitors center, you will find a cafe, restrooms, you will be given an audio tour, be given a tour if you choose to go with the tour, and they have interactive displays for young and the old. We choose not to eat at the cafe but ate at the cafe adjacent to the property called the Nook. Another option is to go back to town and eat at the Bushmills distillery which my mother says has a wonderful cafeteria.  Just around the corner from the Giants Causeway is the Carrick-a-Rede Rope bridge for those thrill seekers. I am not a fan of heights as it is suspended 100 feet above sea level.  The bridge takes you out the fisherman's island and is not included in the price of the visitors center at the causeway.  Also, if this is something you would like to do you need to book in advance and will be given a timed ticket on which you can do this. I truly hope you too can see the Causeway one day. It really is lovely! 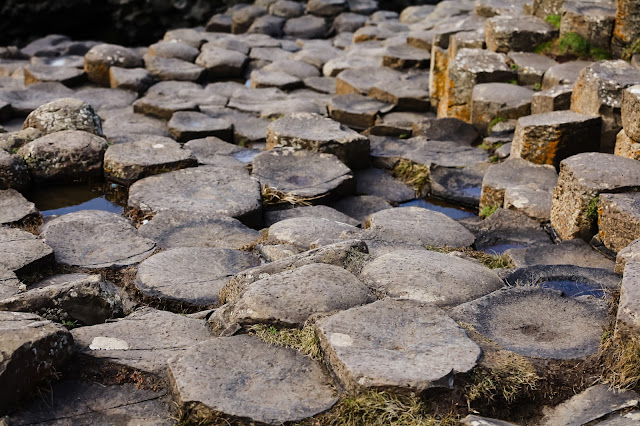 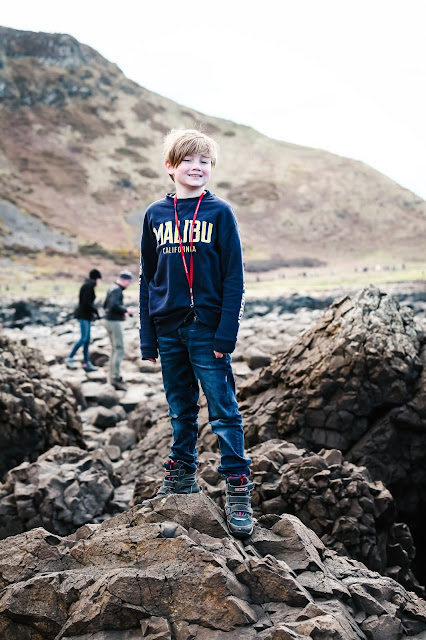 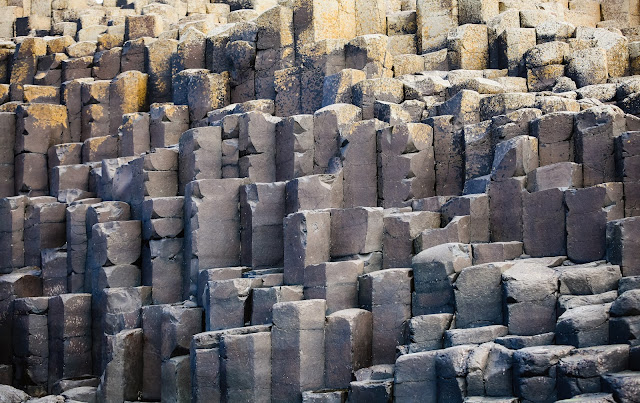 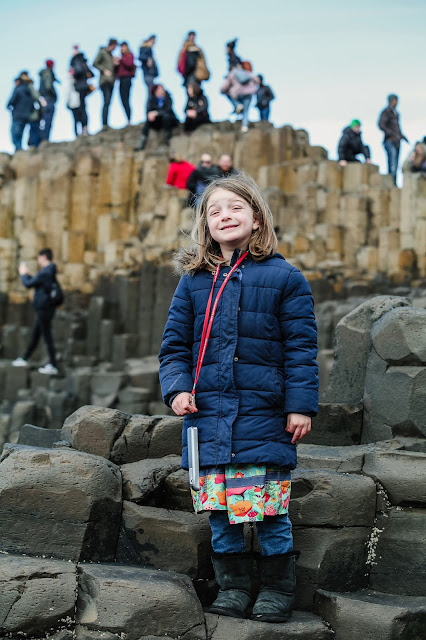 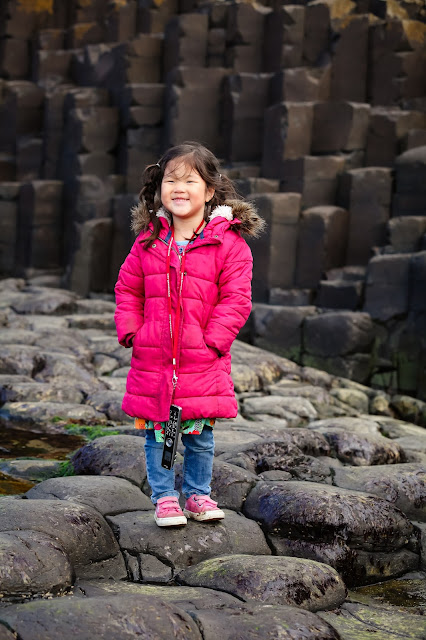 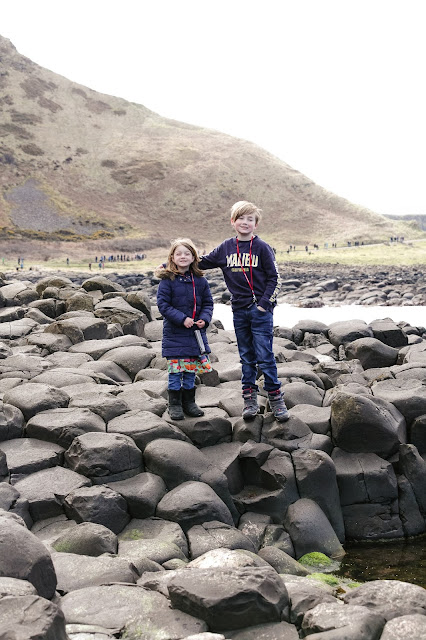 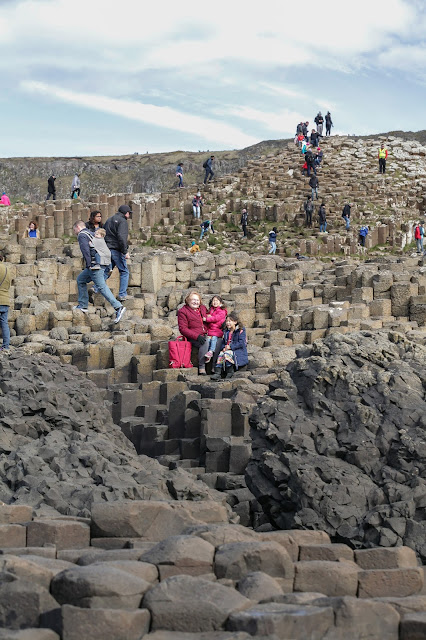 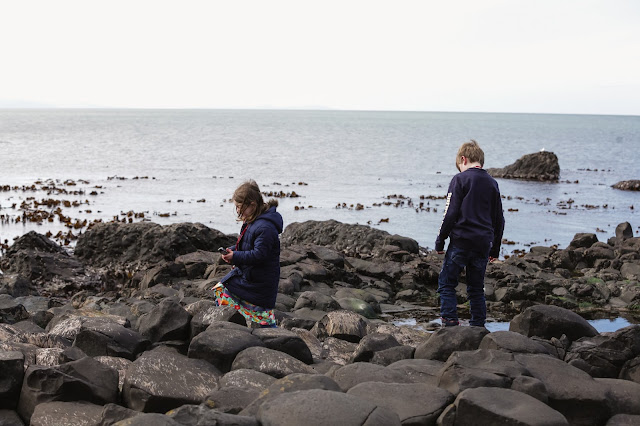 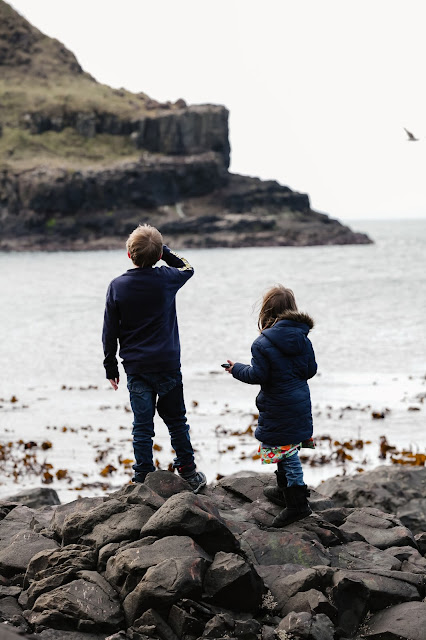 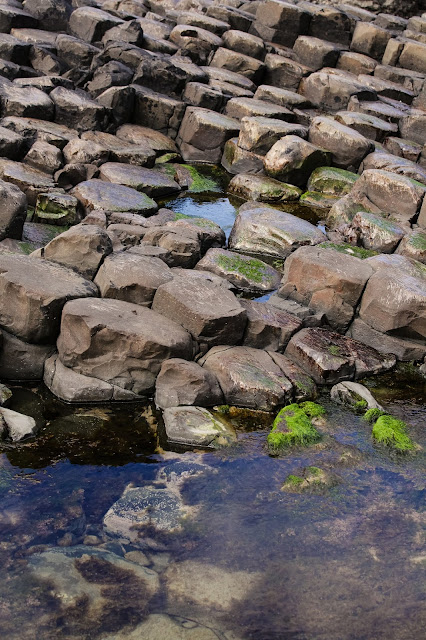 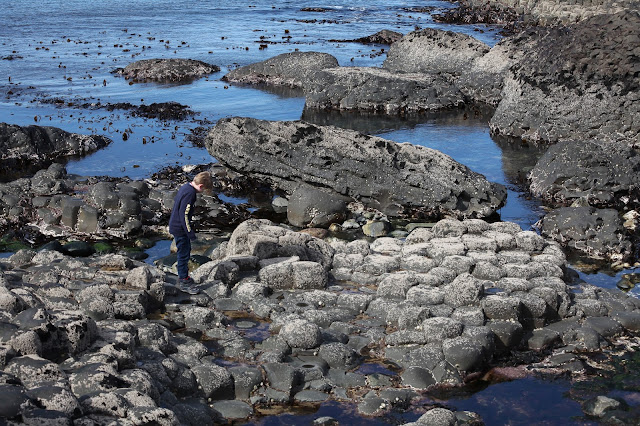 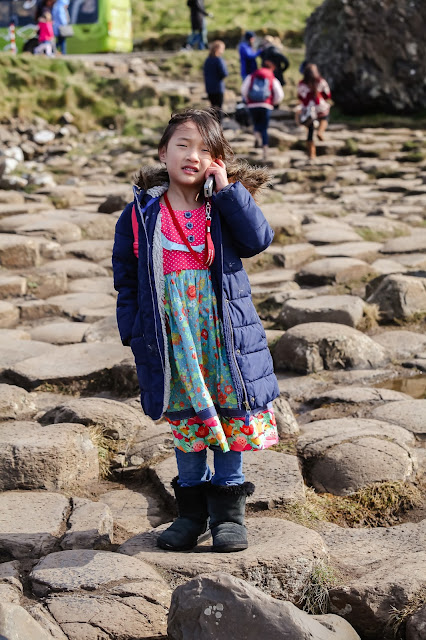 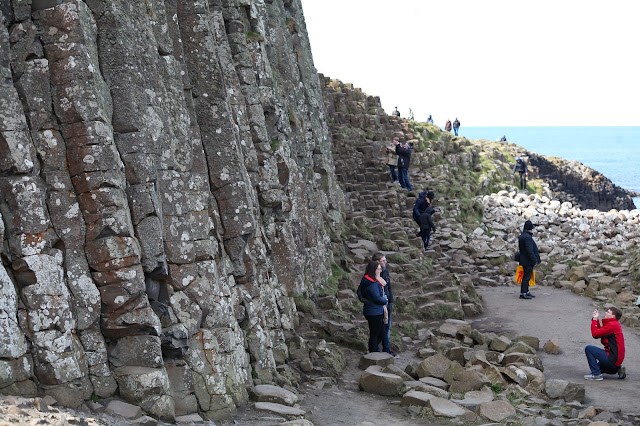 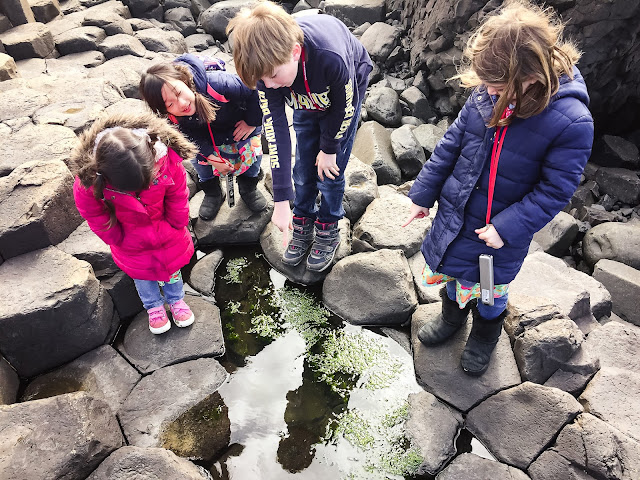 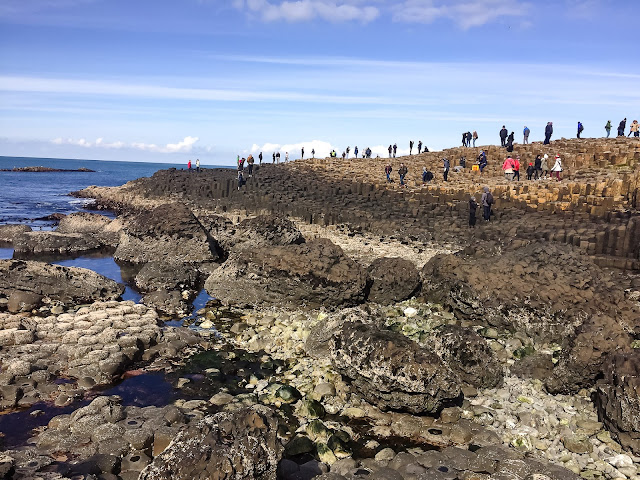 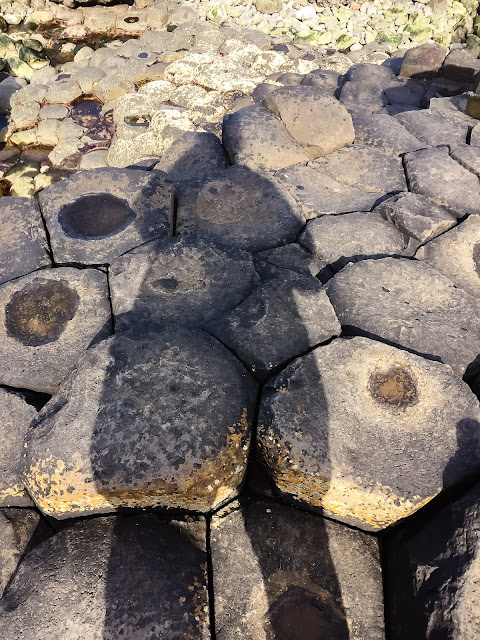 Lee@A Guide to Northeastern Gardening said…
Your photographs of this amazing place are fabulous! Thank you so much for sharing!
April 14, 2018 at 6:56 PM

Handmade in Israel said…
It looks amazing! My kids would enjoy exploring there too.
Thanks for stopping by my blog and all your lovely comments!
April 15, 2018 at 11:48 AM

Anonymous said…
Great images, history (what the kids will realize later:):)) and fun here, Kelleyn! Are the 4 of them looking at their reflection in the water or something else? Thank you for linking to All Seasons, and sorry I didn't reply yet to your invite to look at the Ireland pics, which I will this week:):) Enjoy your week!
April 15, 2018 at 5:46 PM

betty-NZ said…
This is one of the few places that I really would love to see. Thanks for the great photos and the information, too. Personally, I think I'll go with the legend of the giants :)
April 15, 2018 at 9:43 PM

Su-sieee! Mac said…
The top of the individual boulders (?) look like finger indentations. That giant tossed a lot of rocks! If I ever make it to Ireland, I would definitely want to see this place. Cute photos of your children. :-)
The View from the Top of the Ladder
April 15, 2018 at 9:48 PM