Hi!  Yahoo it is Friday!  It has been a long week, but I have been able to cancel out all my credit cards, apply for a replacement green card, bought a new wallet, notified my bank and applied for a new bank card, and now I just need to get a replacement driver's license.  If you didn't read my previous post, I had my wallet stolen on Tuesday at an amusement park here in Germany.  So frustrating!  Anyway, back to our vacation in Turkey.  I don't really feel like I have seen a country if I am just sitting in a resort or at the beach.  I mean I can go to the beach in America.  Anyway, I was determined to see some of the country while my husband stayed back with the girls at the hotel.  I was a little nervous about the whole trip though excited to go at the same time because it required Roman and I getting up at 3:30 a.m. and traveling 5 hours with a stop for breakfast to the destination.  We wanted to see Pumakkale and Heiropolis.  Located in the southwestern corner of the state north west of where we were staying in Belek.  The region looks very similar to Nevada if you have ever been there though of course the people are definitely not cowboys and the buildings and signs are all in Turkish.  Getting up was tough.  I am not 19 anymore and my energy while is good is not what it used to be; however, we did it!  We traveled with a group of Russians which I have to admit was less than ideal because the tour guide knew very little English. Sadly most of the German tour groups have collapsed due to security issues.  Also, Germans do not want to support the political regime of Turkey. The current leader of Turkey is a dictator.  My goal was to see the Pumukkale and Heiropolis and that is what we did, so we accomplished our goal.  Just wished I had understood more of the history. We arrived at our destination just shortly after 9 in the morning. We changed our clothes, put our stuff in lockers, and entered the thermal waters of Cleopatra''s pool. The water was so warm and it was fun to be swimming with thousands year old ruins.  Afterwards, we changed back into our clothes and headed down the hill to see Pumakkale. What is Pumukkale? It is gigantic white terraces of travertine a carbonate mineral caused by the waters of the hot springs running down the mountain slope. Really one of the coolest things I have ever seen.  Pumukkale is also known as the cotton castle, it looks like snow.  We spent an hour exploring this site which left us very little time to explore Heiropolis. Roman and I got a quick snack, and then we raced up to the site so we could snap some pictures before we had to head back to Belek.  Heiropolis is an old Roman/ Greek ruin dating back to the second century.  Called the Holy city.  It has been occupied by different groups throughout history, but back in the second century Greeks loved to go there to partake in the thermal spring baths. At one time over 100,000 people lived in the city, but after the city was destroyed by earthquakes multiple times the city was left in ruins. I wish the tour company would have given us more time to explore Heiropolis and skipped the wine tour.  We were given a tour of a local wine factory that makes wine from pomegranates and we were also given a quick tour of a textile factory.  It seems most tours have these built in tourist trap attractions where they try to sell you some of the local products.  If I were to go there again, I would probably travel by car or private driver and stay over night at one of the local hotels which would give us more time on location.  We eventually headed home after eating lunch at a local restaurant which was very good and arrived back at our hotel at 7 p.m. I was so exhausted even after taking a two hour nap on the bus. 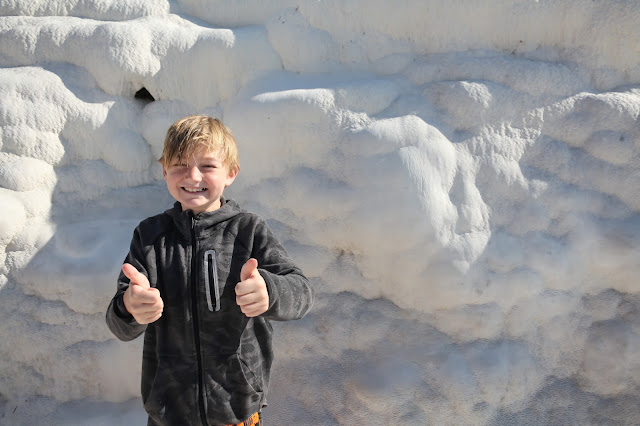 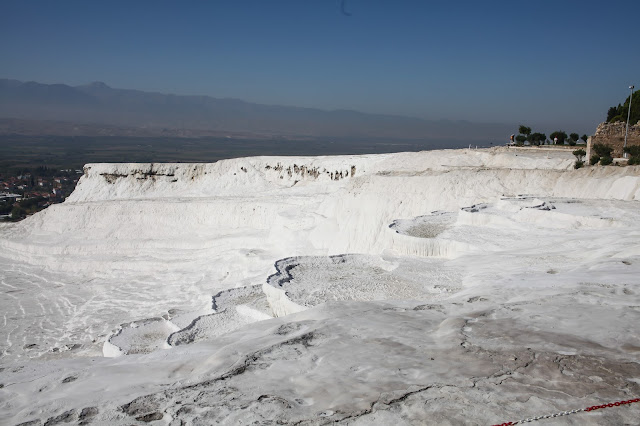 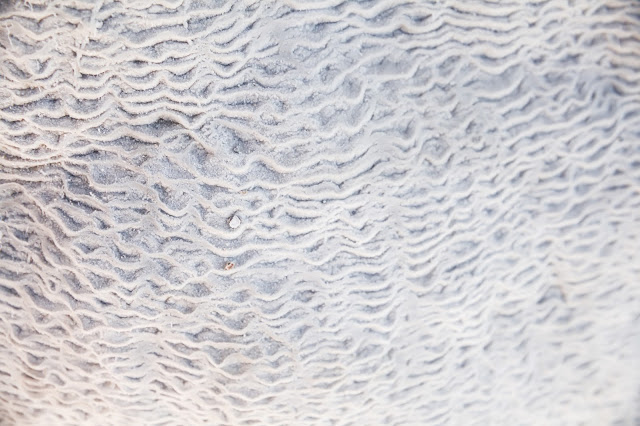 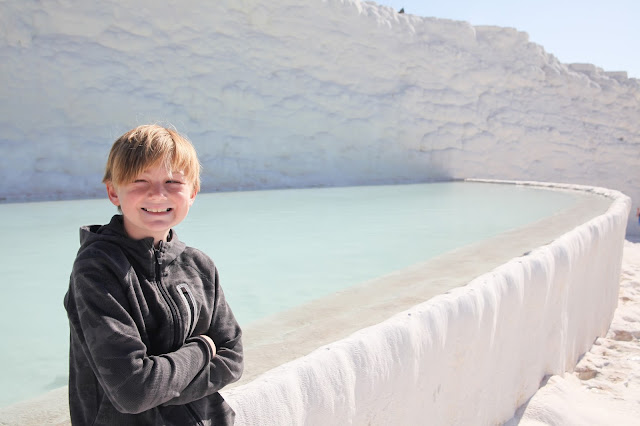 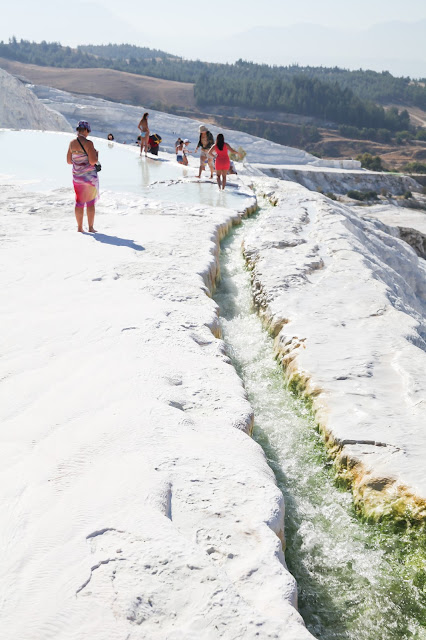 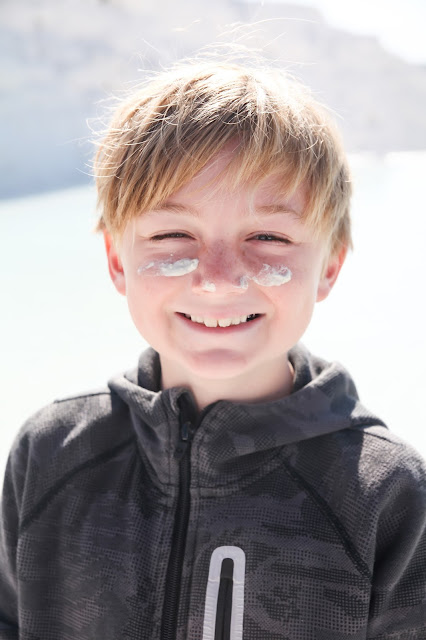 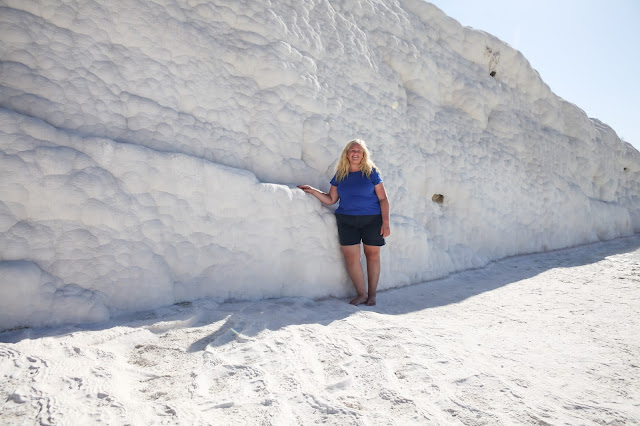 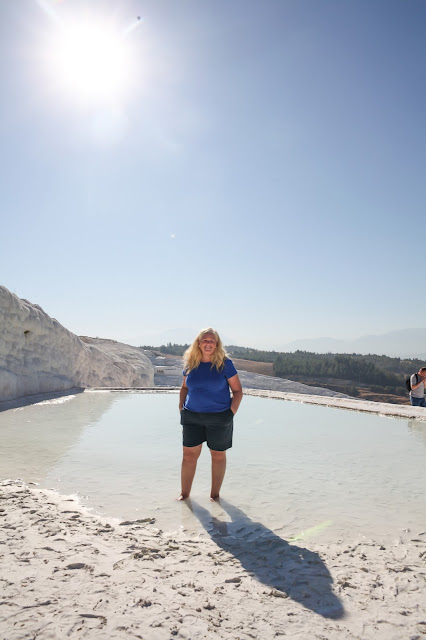 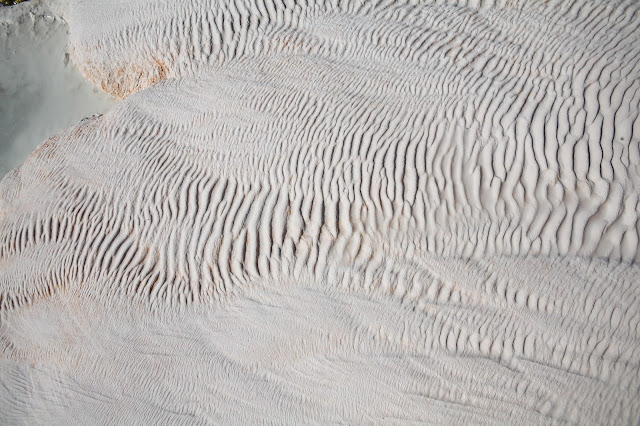 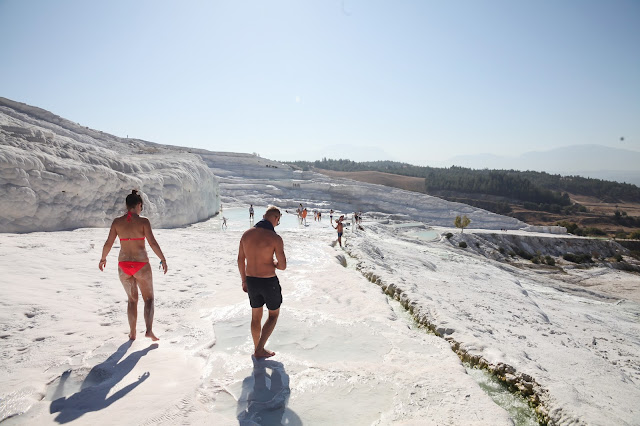 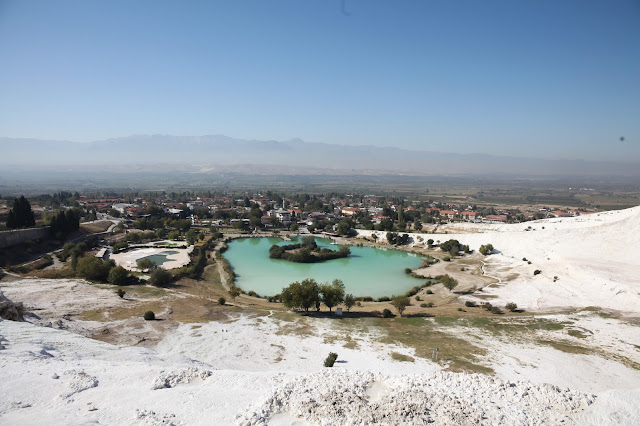 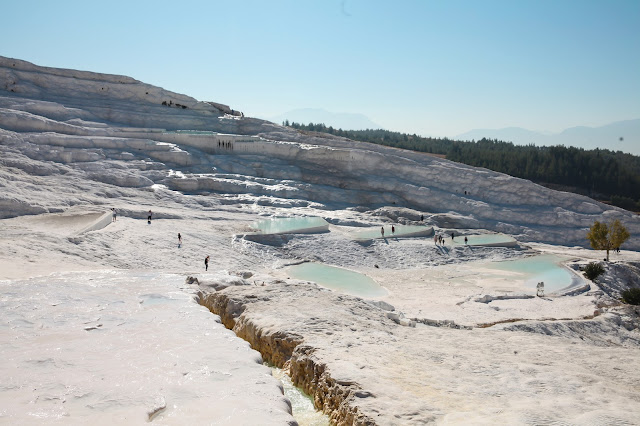 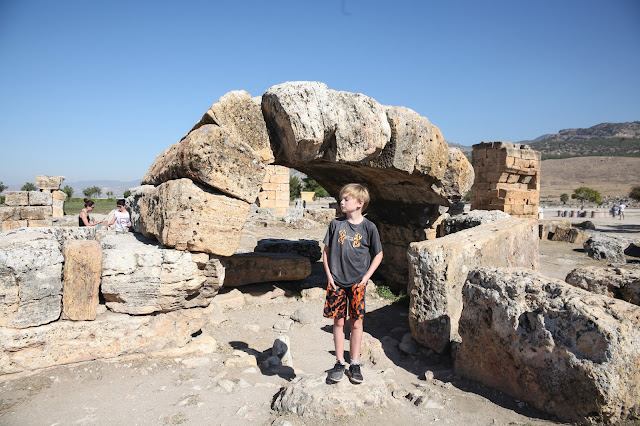 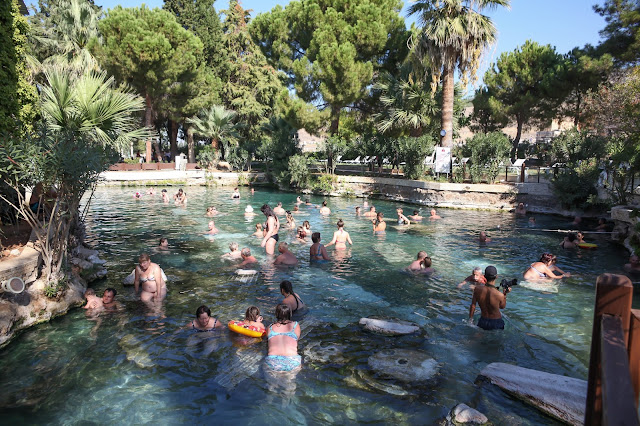 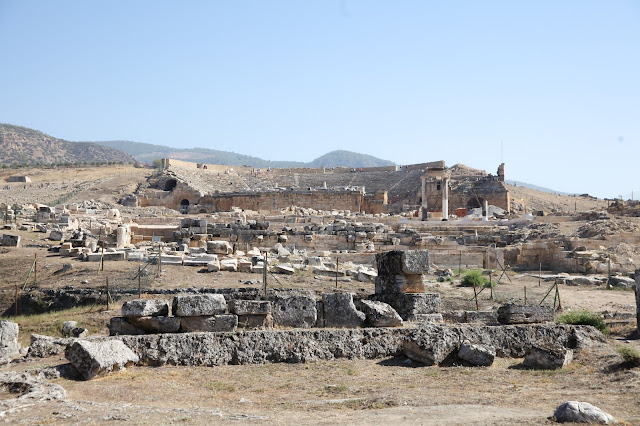 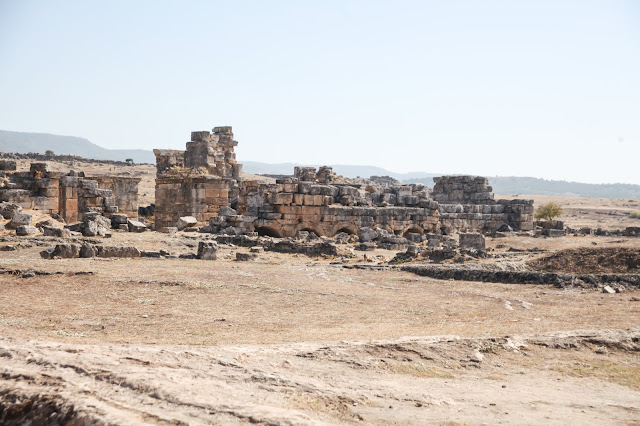 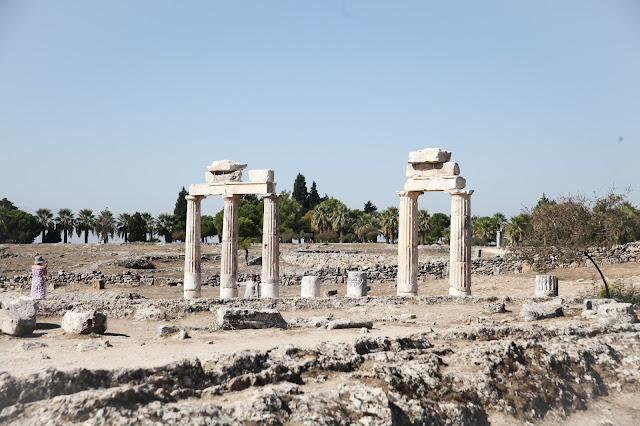 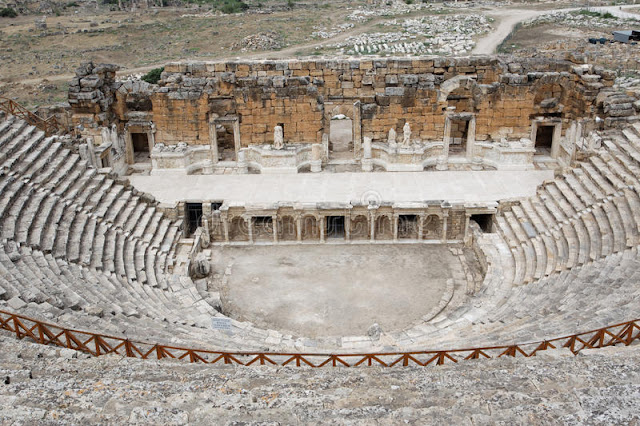 Anonymous said…
Amazing views Kelleyn! so neat you could do this with your son! Thanks for sharing it with All Seasons:)
Had no idea Turkey had so many earthquakes in early times.
I guess you'll have to do this one again when your kids are a little older! sorry your wallet was stolen - that's such a hassle:(

Thanks for your comment about the Hague - I was thinking about it, since you have kids, I wonder if Madurodam (city in miniature - close to Rotterdam) or the Efteling amusement park based on fairy tales - in Kaatsheuvel, close to Oosterhout, or Giethoorn (like a small version of Venice - in the neighborhood of Zwolle) would be better than the Hague (there's not much for kids except the beach).
When I say "close to" do not take it too literal, but this is to help you look it up at the map.
October 22, 2017 at 11:09 PM

eileeninmd said…
Hello, what an amazing place to visit. It reminds of Yellowstone and the hot springs there. Sorry your wallet was stolen, that can be a real pain to deal with. I am enjoy your vacation photos in Turkey! Happy Monday, enjoy your new week ahead!
October 23, 2017 at 9:36 AM

Jeanna said…
Sorry to hear about your wallet, I've had mine stolen twice and it's no picnic in the Pumakkale. What an exhausting journey, and kudos to you for taking it. Great photos, I think I'd stay in Cleopatra's pool and skip everything else.
October 23, 2017 at 12:18 PM

Sallie (FullTime-Life) said…
What a lovely time for you and your son. Stunning scenery and I love that you wanted to get off the beaten path (although I must say your whole exciting life seems 'off the beaten track' to me!). So sorry about your wallet -- what a huge hassle...hate when that kind of thing happens. (Never 'lost' my whole wallet, but have had credit card number stolen more than once -- even that's a huge bother. I admire you for just handling it all so calmly and efficiently.
October 23, 2017 at 5:21 PM

Su-sieee! Mac said…
I see what you mean about the area looking like Nevada, the endlessness towards the mountains. That's how it felt when I drove on Hwy 50 through the middle of Nevada years and years ago. The light is so bright there. The group tour gave you a good variety of activities for one day. I'm like you, if I only had one day I'd forgo the wine and other tour, too, for things that interest me more.
October 23, 2017 at 9:16 PM

Soma @ whimsandfancies.com said…
An amazing experience with such variety of landscape and scenery. Thank you so much for sharing. I am so sorry that your wallet was stolen. It's really frustrating, but looks like you have everything sorted.

Ruth said…
This is an amazing place! I cannot stop looking at the whiteness of the formations. I hope to visit one day. As a matter of fact, I once visited a place with the same phenomenon in Oaxaca, Mexico (petrified waterfalls).
October 24, 2017 at 12:02 AM

Molly said…
What an awesome place. I have never been to Turkey but heard that it is beautiful

Beatrice P. Boyd said…
What a wonderful time I've had reading through these posts detailing your adventures in Turkey, aside from having your wallet stolen (what a bummer) Kelleyn. I agree with your comment about tour buses which take you to places you would rather not go. But this stop looked wonderful and it's clear that you and Roman had a great time. Thanks for sharing.
October 28, 2017 at 10:34 AM