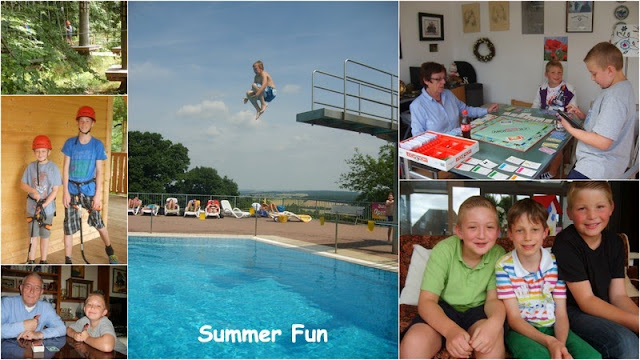 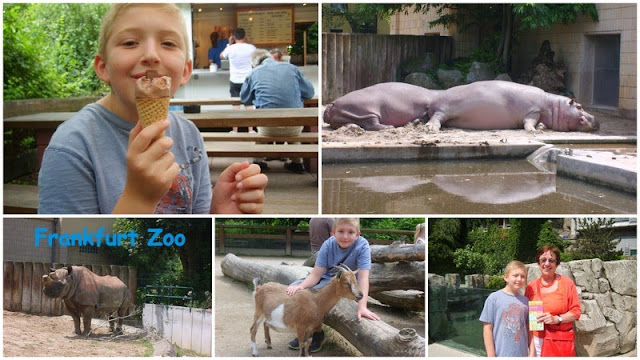 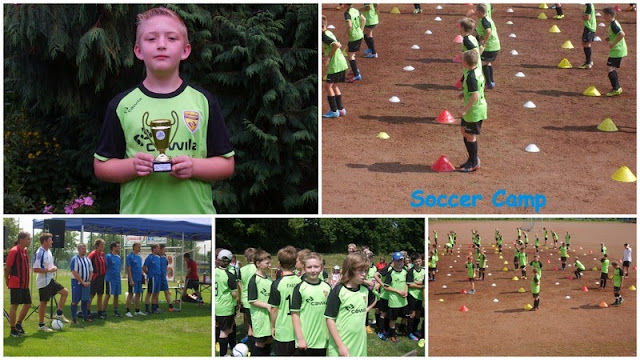 Winston is home !  After a long wait at the international airport, Winston walked through the automatic glass doors with a smile on his face and his suitcase in hand.  I gave him a big hug and we headed home.  It was so good to have  my "winner" in my arms again.  Addy was the first to see him.  She smiled and then ran into his arms.  These two have a special bond.  Roman was next to see him and he wanted to show him something on Mindcraft.  Harris didn't wait long to engage him in some brotherly wrestling.
So you are probably wondering what did he do while he was in Germany?  He swam at the local swim hole which involved diving off the diving board multiple times, played Uno and Monopoly, hung out with his friends Noah and Nicolai, ate ice cream and gelato, ate sausage at the city festival, helped his Oma out at the church celebration, went to a concert with his cousin Marc, saw Monsters University and Despicable Me 2, went to the Frankfurt Zoo, went rock climbing and zip lining,  went to the American and German Friendship picnic, went to soccer camp, and went swimming some more!  He had a blast!  Thank you Oma and Opa for such a fantastic summer!﻿
Labels: Germany Winston

tinajo said…
Lucky boy - I totally get that he had a blast! I bet you´re very happy to have him home though. :-)