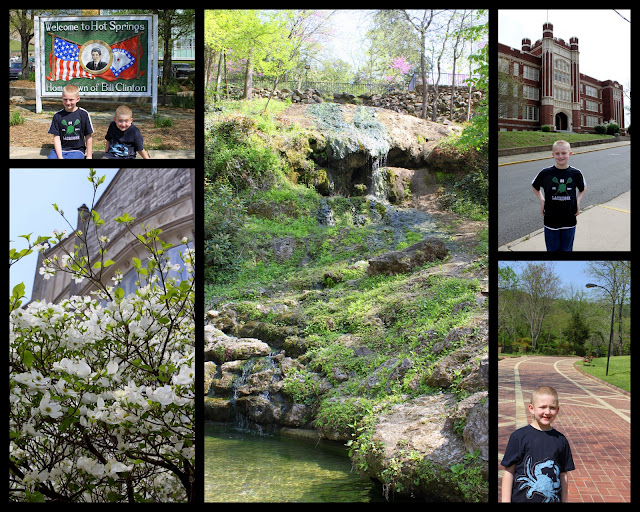 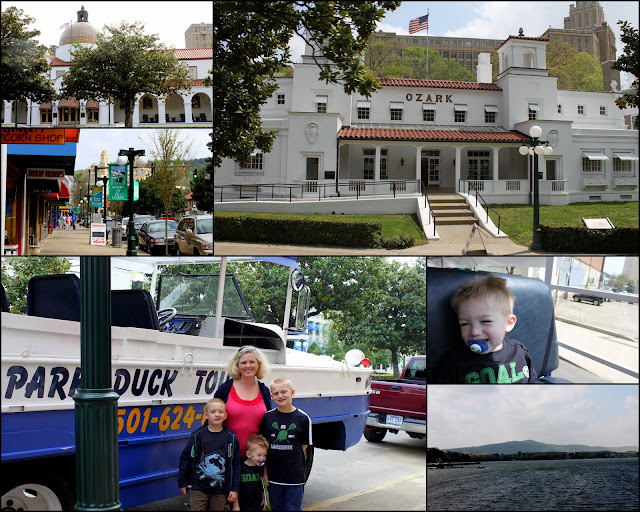 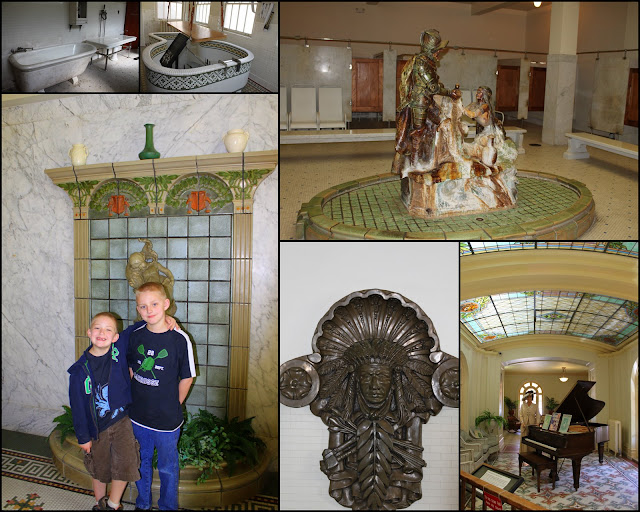 Our morning began with a little excitement. As we were traveling down central street to see what is called Bath House Row, the street was blocked off because some mental guy threw a suitcase in the fountain and declared it was a bomb. Yep! A BOMB! Well, it really wasn't, but they had to call out the bomb squad anyway. My son thought this was pretty exciting, and made me promise that I would include this in our blog. Hot Springs, Arkansas is apart of the National Park service and was officially declared a national treasure back in 1832 and was called Hot Springs Reservation then almost a hundred years later the name was changed to be called Hot Springs National Park. Native Americans have been using the springs forever, but the first European to use these springs were Hernando Desoto. In the 1800's the springs reputation spread and people flocked here hoping to cure their medical aliments. In the 1920's the springs were a destination for the wealthy of the United States and the current bath houses that sit on top of them were built. The architecture of the 9 standing buildings are gorgeous. Today they are still in use. The boys had fun visiting these building while participating in the junior ranger program. The park service gave the boys booklets that taught them about the springs and the history of the bath houses. They then needed to fill out questions in order to receive their badge. Hot Springs, Arkansas is also the hometown of President Bill Clinton. While he was born in Hope, he grew up here and graduated from high school here. Afterwards, we took a ride on a Duck which is an old army car/boat that was built during War World II. It was a great way to learn the history of the city and see Lake Hamilton.
Labels: Arkansas travel