It has been raining the last couple of days, so it has been a perfect excuse to cozy up and watch a couple of movies. 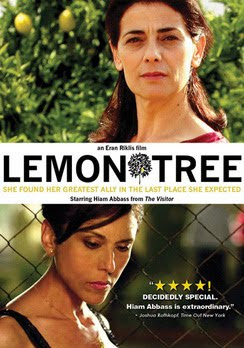 Lemon Tree is a foreign film that addresses the issue of the Israeli and Palestine conflict through the life of a woman who is a Lemon farmer. When the Secretary of Defense moves in they deam the woman's lemon trees a threat to security and want to remove them. Everyone's lives are changed by the events that follow. This movie is out on DVD and is a good movie to watch if you are looking for something with a little depth. A thumbs up in my book.

While I read the book and loved it, this book just did not translated well into film. They cut too much from the movie that really made you feel the true conflict. This movie is out in the movies right now, but I would wait until it comes out on DVD. Miley also needs to work some on her acting. She is perfect for Disney, but needs to learn not to talk scrunching up her nose if she wants to start acting in the adult film category. Her facial expressions were sometimes distracting. 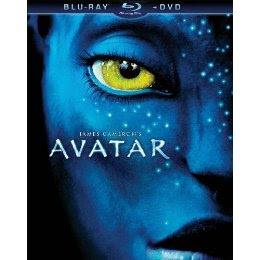 This movie turned out to be a big surprise for me. I didn't think I was going to like it since this isn't really my kind of film. It was fantastic. Now on DVD, it is totally worth renting. However, I am not sure if it is really appropriate for children under 10. The violence wasn't as dramatic as I thought it was going to be, but the language was a little questionable. 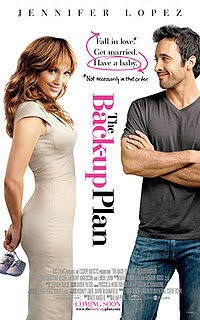 If you are looking for a good laugh then you should see The Back Up Plan. While critics gave it a bad rating and said it failed to deliver, I would have to disagree because this movie was not meant to be a serious movie. It is a comedy! I laughed so hard that I almost peed my pants. What movies have you seen lately. Oh, while on vacation I also saw the movie The Knowing. It was pretty good despite the weird ending. The concept was pretty good; however, it is just to bad the ending was just a little too strange for me. Have you seen this movie and what did you think?
Labels: movie review

Justin said…
The Lemon Tree that sounds like a good one, I will put it on my radar of movies to see.

Spain was amazing, we did get stuck because of the volcanoe. You are right it was a great place to get stuck, but sadly it ate up all of my husbands leave time. We hope we can get some of it back, who knows. em
April 27, 2010 at 8:50 AM

soisses-dasleben said…
thanks for the tips - i don`t know ONE of the movies =( i don`t have enough time to go to cinema or something else... it is a pity!

have a nice evening, yours dani

Ida/FarEastLogbook said…
I LOVED Avatar too which, like you, was a big surprise to me since I'm really not into fantasy movies! I'm even considering buying it on DVD!
Lemon Tree sounds intriguing, I'd like to see it some time.
April 27, 2010 at 11:07 PM

5orangepotatoes said…
I love your movie reviews! I'm renting the Lemon Tree, love foreign films. Thanks so much for sharing these.

Check out- The Price of Milk, I watched it on Netflix instant. It's really good, it's about a girl that trades her boyfriend's cows for a quilt. I believe it's filmed in New Zealand. It's wonderful.