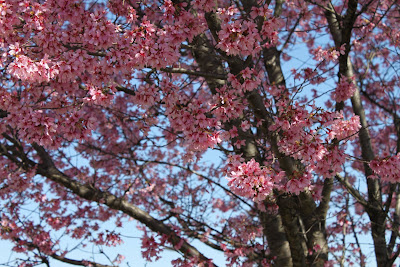 Boy can I say I am thankful it is Friday, and Friday brought sunny 70 degree weather. Yahoo! The week started off great with an old friend of ours from when we lived in Seattle calling us to say he was in town. We hadn't seen him since after our sons both turned one. Anyway, his call was a surprise. He called and said, "Hi! I am in town, but I am only here until tomorrow. Well, he was in the city, and the boys had Karate. It was a mad scramble to get showered, dressed, and find someone to watch the boys. Nana came to the rescue, but her car wouldn't start. If I wanted to go I would have to go over and give her a jump. Being that I was in a hurry, I just threw the hook inside the hood and closed the hood. Well, I thought I closed the hood. As I was driving 65 miles down the hwy a gush of wind came along and grabbed the hood throwing it back onto the windshield. The windshield broke into a gazillion pieces with some of it flying onto me. It was rush hour traffic. I was able to pull the car to the side of the road. I got out and closed the hood. What was I going to do? I tried reaching my husband, but he had turned off his cell phone because he was in a meeting. I new I would be late if I called a tow truck, so I braved the 4 miles to my husbands office and parked the car. He was a total doll and just told me he was glad nothing happened to me. He even sent me flowers saying how happy he was that nothing happened to me. Despite the windshield, my husband and I enjoyed a wonderful dinner at Barunda with our friend. The windshield was just one part of the bad week. Thankfully, it is Friday and now I am going outside to enjoy the sunshine. By the way, spring is here. I hope you all have a great weekend!!!!
Labels: daily life

Audra said…
Oh my gosh! You say it so matter of factly, but that must have been really scary! It would have freaked me out for sure. It's a great story to share with others!
March 19, 2010 at 8:55 PM

Rocks In The Wash said…
First of all, I'm so thankful you weren't hurt! Secondly, it's nice to know I wasn't the only one who has been having a nighmarish week. Perhaps next week will be better. Sending long distant hugs your way.
March 20, 2010 at 2:14 AM