Given that it has been so cold, I have had plenty of time to snuggle under my blankets and watch movies. Bright Star is currently on DVD. I would give it a solid B+, and if you like period pieces you will like this movie. It is about the life of poet John Keats. One of the most famous romantic poets. The only reason not a higher grade is that I thought the movie was a little slow at times. I am also not a hugh fan of Abbie Cornish given that she stole Reece Witherspoon's husband. However, she did a good job in this movie.

Did you Hear about the Morgans was the biggest surprise for me. One of the reasons I didn't go see it at the movie theaters was that I thought it was going to be slightly stupid. It was actually pretty funny. While not live changing it is worth the rental price.

If you like Foreign Films, then I would suggest renting this Swedish film called Everlasting Moments. Also on DVD, this film takes place around 1907 in a Swedish Harbour city. Times are tough for Maria Laarson and her family. She finds surprising joy and comfort that helps her get through the difficult times in her marriage when she discovers photography. I give this movie an A-. 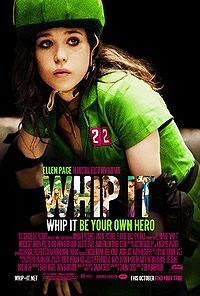 Whip It is not your typical Hollywood film and I kind of like that it is not your cookie cutter film where you just plug in parts A and B and out pops a successful movie. That is one reason I like foreign films is because they tell a story. They are not predictable. I don't always like the ending, but at least the story is original. Whip it is definitely original. I enjoyed the story line of a young girl trying to find what brings her joy in this life even if it doesn't meet up to her parents expectations. My only complaint about this movie was the amount of swearing. Not enough to make it rated R, but enough that you notice. Definitely worth renting!
Labels: movie review

Juliette said…
oh, cool movie listings! i am sooo out of it movie-wise since moving to Germany. Once they get here, they have different names, and by then i've forgotten about them anyhow. But the fact that you rented these gives me some hope of actually finding them here... =)
March 23, 2010 at 4:37 PM

5orangepotatoes said…
Love the movie reviews. Going over to netflix now to put them all in my que! Thanks!