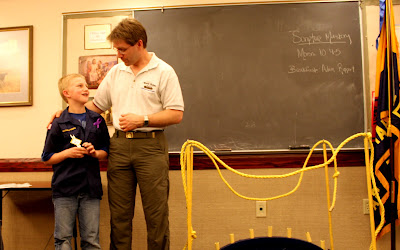 On the bridge to Boy Scouts 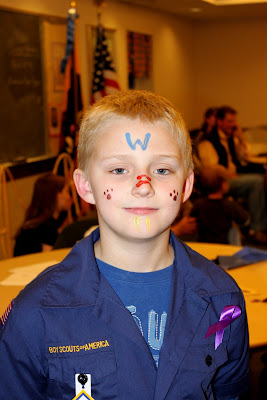 Harris
This week Harris received his Arrow of Light, which is the highest honor in Cub Scouts. He is now graduating to Boy Scouts. He went on his first camping trip with the boys in his pack, and had a great time. He came home and told me the tin foil dinners they ate were so yummy. He said the meat tasted like it had been in the crock pot all day. He loved that the dinners were followed by S'mores. The next day the boys went on a ten mile bike ride, but that is nothing for Harris since he goes with his papa on 16 mile bike rides. Now on to getting Eagle !
Labels: daily life