Kronberg and The Opel Zoo

Hello, Lovelies!  Hope your weekend is taking off to a great start.  I am excited because for the first time in 10 weeks I am sitting here in my apartment all by myself.  Roman and Addy started school on Monday, Avery on Tuesday, and Ivy started on Wednesday.  Ivy was not thrilled in the least and for the first two days made a stink and so we had to leave early.  Who am I kidding?  She made a stink today too, but instead this time the teachers supported me and took her from me and I left.  20 minutes later they called to just let me know that she was OK.  They still want me to pick her up early today, but at least she is there without me and I am enjoying the peace and quiet in my home.  I will also get some alone time tonight too as the children are going to a church activity and then afterward I have hired a babysitter, so I can do some shopping and go eat dinner.

Kronberg, may not mean anything to most people, but those who are familiar with Queen Victoria of England may know that her oldest daughter married Kaiser Wilhelm IV who later became a king; however, he died 88 days later.  She and her husband lived in Konigsberg and today you can visit the place.  It is now a hotel.

Kronberg is located just 21 km to the west of downtown Frankfurt in the Taunus Mountains, and from there you have a front row seat view of the Frankfurt Skyline.  The town is charming but is not for the faint in heart at times for driving as some of the streets are so narrow that the houses almost touch.  It is better to park one's car and walk through a charming little village.

We combined our visit to Kronberg with a visit to the Opel Zoo.  I prefer this zoo over the Frankfurt Zoo.  Neither zoo has a huge range of exotic animals and at times one might feel they are visiting a really large farm; however, what is really nice about the zoo's is that they have really fantastic play parks. My children really enjoyed being able to feed the goats and playing on the zip line. 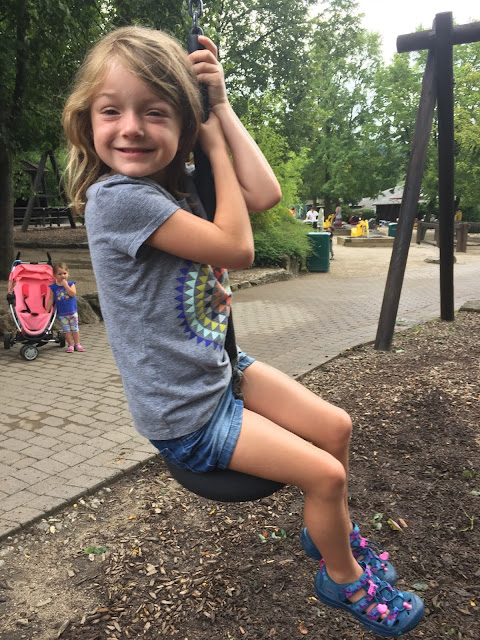 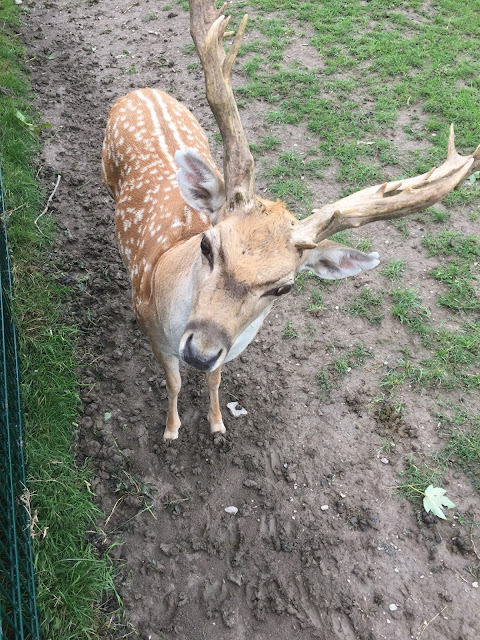 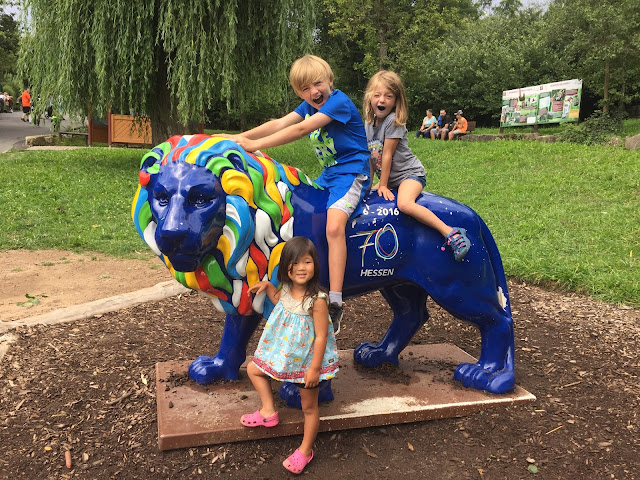 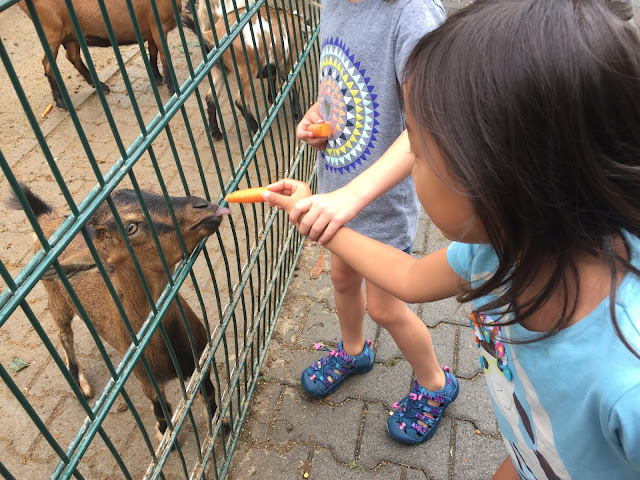 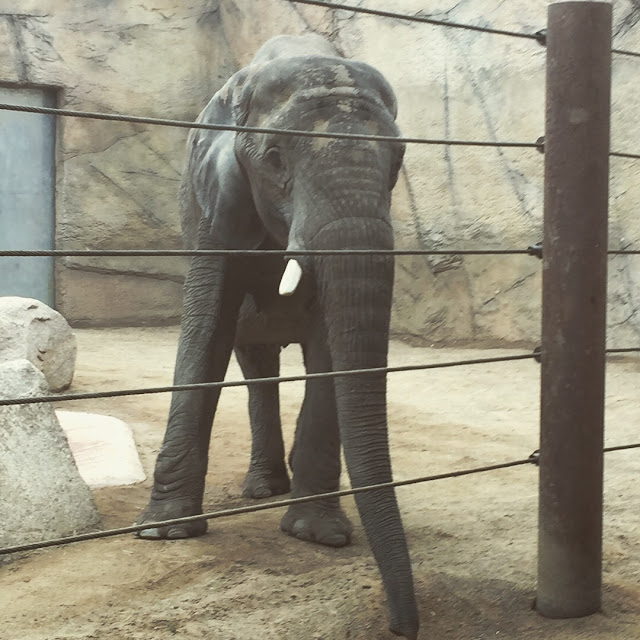 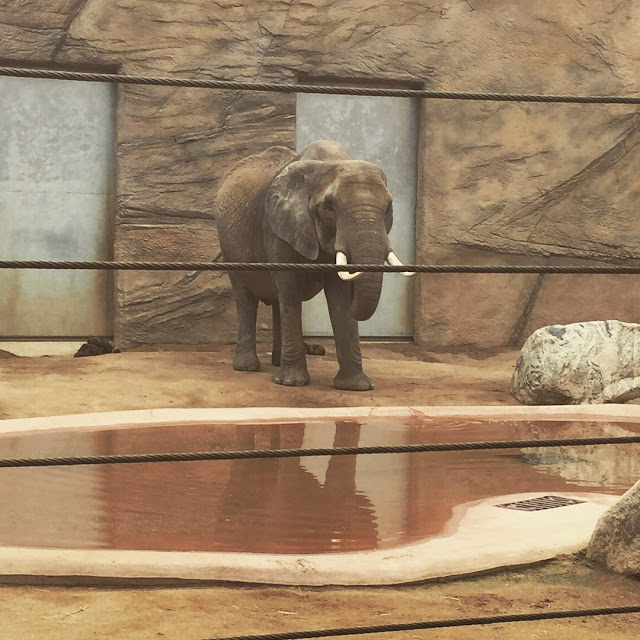 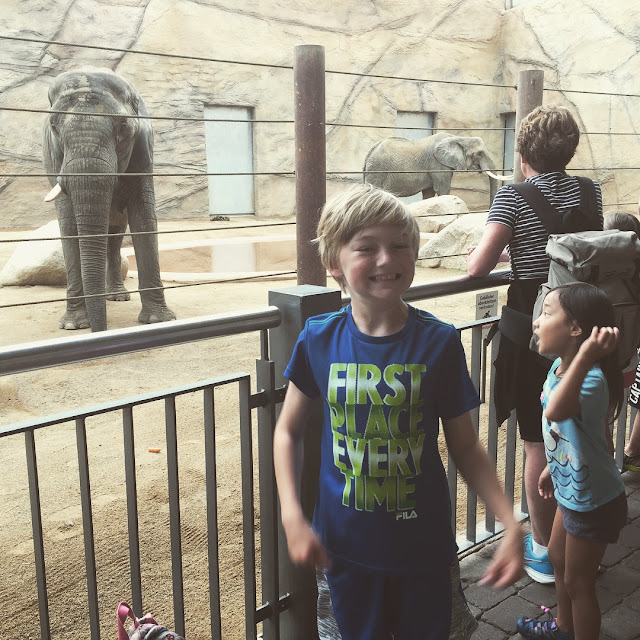 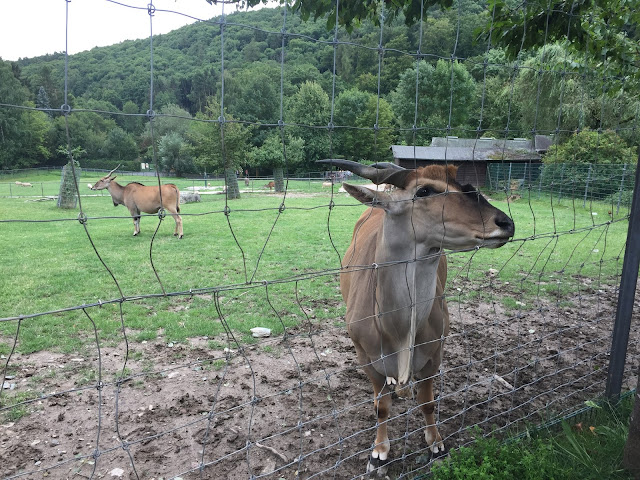 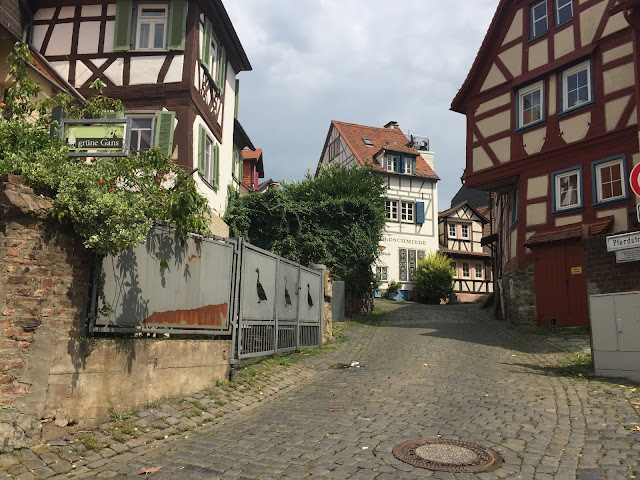 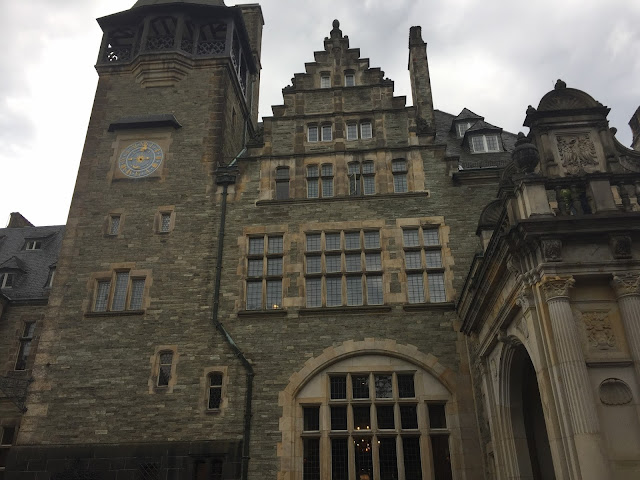 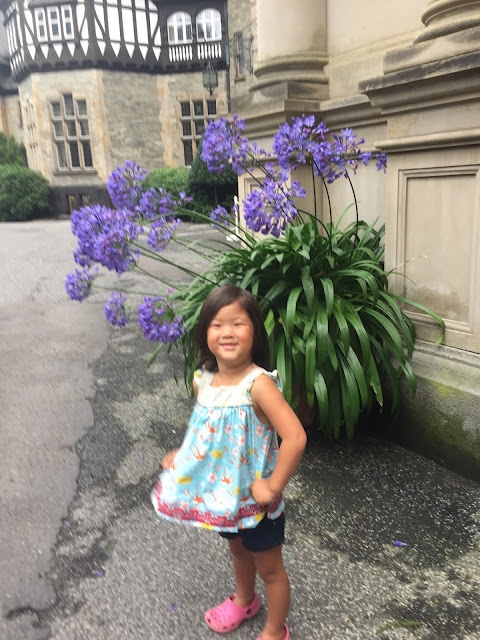 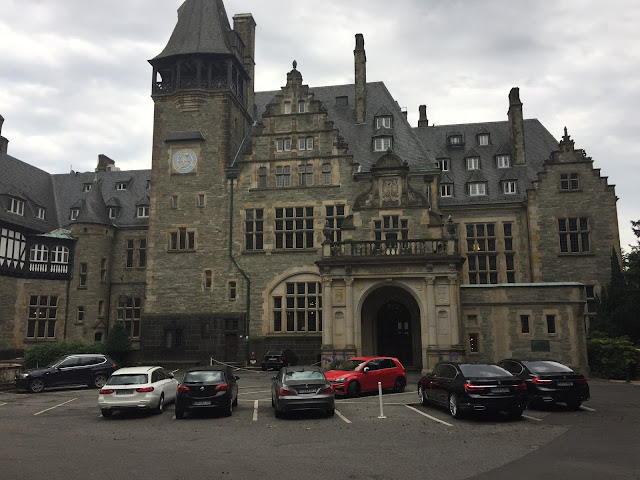 Well, I am off because it is almost time to pick up Ivy.  I hope you have a really fantastic weekend! What are your plans for the weekend?  See you back here soon-Kelleyn

Beatrice P. Boyd said…
Hello Kelleyn, Although I haven't commented on your summer adventures with your children in Germany it hasn't been for lack of enjoying the photos and the accompanying text. Hope all goes well for Roman, Addy, Avery and Ivy in their new schools in a new place this year.
August 18, 2017 at 8:49 PM

Met Mum said…
Of course I know (of) Kronberg. My Swedish husband grew up in Frankfurt and he's - funnily enough - told me a lot about how he loved to visit the Opel Zoo when he was a kid. Your blog is the last place I'd expect to read about it, but good to hear you can still pet the goats :-)

Hope you all settled in OK.

Anonymous said…
Wow, you were alone?? Great to have some time by yourself, eh? Are you adjusting to Germany? It looks like the kids have great fun in the zoo! Go to Italy, almost every street in center of town/city is extremely narrow. But only one time I screamed, "If you damage this rental, we have to pay for it!"
August 20, 2017 at 7:59 PM

Carol @Comfort Spring Station said…
Your photos look like Germany is fun for the kids. Enjoy your alone time - you've earned it.
August 21, 2017 at 8:21 AM

Bonny Bonafilla said…
Lovely photos. Children, animals and a zip wire - sounds like a great day out. It's tough getting settled back into the normal routine when they go back to school. Wish you strength for the days ahead.
August 31, 2017 at 9:05 AM