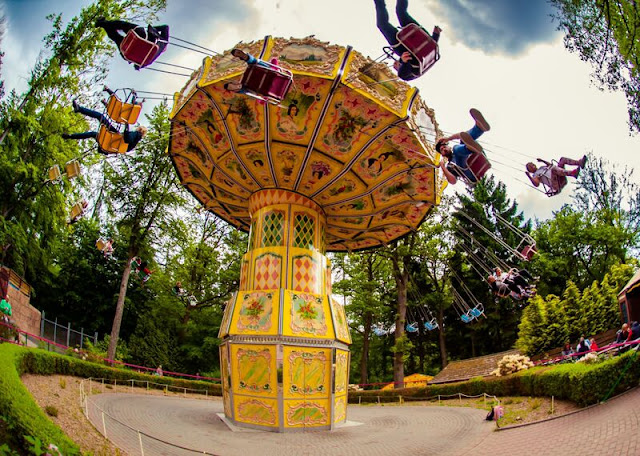 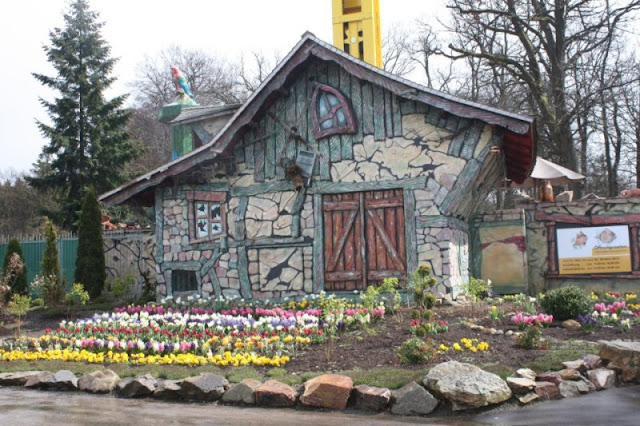 Hi!  How are you?  Hope you are having a lovely week. My husband just left to go back to the states for a month to attend a conference and take our oldest to college. The little ones are depressed. Poor Addy cried herself to sleep. The funny thing is that their father has been away on trips before, but she is pretty homesick.  If she could she would hop on a plane tomorrow and would not look back.  It has been hard on these little social butterflies because despite going to fun places they have no one to play with and the school doesn't start until the 14th! I am hoping it will get better once school starts.
Some days I even ask myself why am I doing this to myself. I love traveling, but it isn't the same when you have four children with you and I have a pretty nice life back in the states.  I know I need to stick it out though because they need to get to know their Oma better and they need to learn German.  They are also learning lots of other life lessons here too that they wouldn't have an opportunity to learn until much later.  I have to say I am a little weepy myself too as tomorrow is the first day of school back in Georgia and it will be the first time that I won't be there to take a picture of Winston (he is my 15-year-old who stayed back home with his grandmother).  Also, One of my best friends is moving away.  She just sold her house and is moving to Washington D.C. because her husband took a new position with a really great company.  I can't blame them, but her and I have been partners in crime now for the last 7 years. We are starting to feel more settled though and that is good. Last week we took back our rental car and purchased a 10-year-old Mercedes R class which has 6 seats but no trunk space.  We will have to get a Thule for long distance travel.  Ivy had lost a crown a couple weeks ago after biting into a gummy.  We took her to a local doctor and he couldn't get in her mouth and told us we would have to take her to a dentist who could administer narcosis. Sadly there aren't too many doctors in the area who do narcosis, so we had to travel all the way to Frankfurt to see a specialist.  It turned out to be a good thing in the end because the doctor was super patient with Ivy and in the end, no narcosis was needed once Ivy felt safe.  Yahoo!  Well, I guess I should tell you about Tanus Wunderland.  Located about 35 minutes from Frankfurt and not too far from the city of Wiesbaden is an amusement park children.  I would say once again that this park is more intended for younger children, but most definitely for the 12 and underground.  If you are looking for Disney quality this your will not find, but while the park lacks sophistication the girls had a blast.  Their favorite was a metal slide that you ride down on carpets.  The girls spent probably an hour in total sliding up and down. Like the previous amusement park, you can reserve a grill spot, but make sure you do this in advance as the spots are limited.  The concession food at this park I have to say was much better and offered a greater variety of foods to eat.  Cost?  This park did cost more than the Lochmuhle, but Ivy being so little ended up saving me an admission cost.   Again the lines were practically nonexistent and the park was combined with farm animals like the Lochmuhle.  One thing that would be probably shocking to Americans is that most of the rides were not attended to by workers; however, were self-operated.  An example of this being a little merry-go-round where once your child and other riders were buckled in a parent would then push the start button. The most important thing is that the children have a blast.
Labels: Germany

Marti said…
I missed why you are living in Germany now. How long will you be there? I hope the homesick feelings ease up when school starts.
August 2, 2017 at 7:45 PM

Bohemian said…
When I was a child we lived in Wiesbaden but I only recall snippets of the experience of our many Travels around some parts of the World when I was too young for solid Memories. Hopefully your Children are building the solid Memories to cherish of their experience there and with Oma? It is always bittersweet when a BFF moves away, you Celebrate any opportunities afforded those you deeply Care about but know you will Miss them terribly and all of the good times Shared.
August 3, 2017 at 11:27 AM

John's Island said…
Hi Kelleyn, I just found your blog thanks to the kind comment you left on mine this past week. Thank you so much! Well, it sounds like you are having quite the adventure in Germany! I enjoyed your report on your visit to Tanus Wunderland! Pretty cool and fascinating that some of the rides are self operated. Enjoyed the photos too! Thanks for sharing and have a good weekend!
August 5, 2017 at 7:41 PM

Mandy said…
I think it's amazing that you have taken your children to live in Germany. They will gain so many life skills there and possibly a new language! That will help them so much no matter where they want to go in life! I am sorry that you are homesick, though, and, even at home, things are changing without you. I guess that's one of the downsides to moving to another country. And that's probably why most people don't even try. I am glad that Ivy losing her crown turned into a new discovery for you all. The pictures from the park look great! :)
August 5, 2017 at 8:22 PM

Heather{Our Life In a Click} said…
The homesickness will probably go away once school starts. It sounds like a fun place to be. Good luck to your oldest going off to college!
August 6, 2017 at 5:21 PM