This year Roman studied the American Revolution in school and in particular Paul Revere, so I wanted to take him into the city to show him where it all begun.  Boston plays a huge roll in American History.  Since we had the three little girls with us, I thought it was best if we did a hop on hop off tour though we never actually got off at any of the stops because our bus driver was so fantastic.  His name was Bill O'Brian and he knew not just about everything there is to know about Boston.  Seriously he was fantastic!  We took the Super Trolley Tours.  Afterwards, we went back and revisited some of the sight such as Faneuil Hall, Quincy Market, walked along the wharf, visited the home of Paul Revere and the Old North Church and wandered the streets of the North End (Little Italy). Honestly, I could spend another day or two in the city as there is so much to see and do, but it I am going to have to wait until the girls are a little bigger because they just can't keep up though I am impressed that they walked as far as they did.  Way to go girls! It was fun to see the new instillation of the Chinese Zodiac at the fountain.  Apparently, they are a replica from Beijing.  Things I want to remember about the day is the giant globe of the sun in the sky hanging so low as it was about to set the color of a Georgia Peach against a pink and purple sky.  The girls giggling in the back of the car pretending to be puppies. 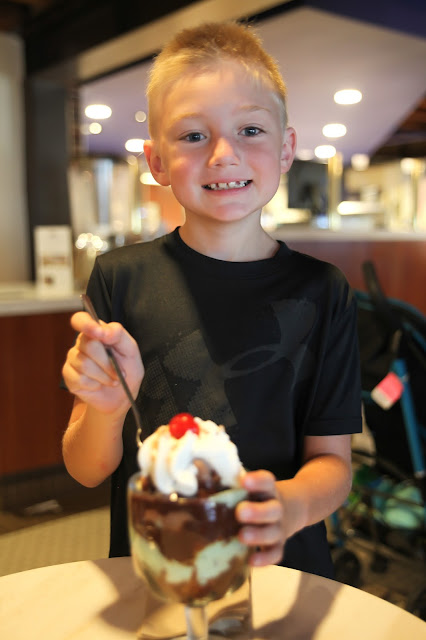 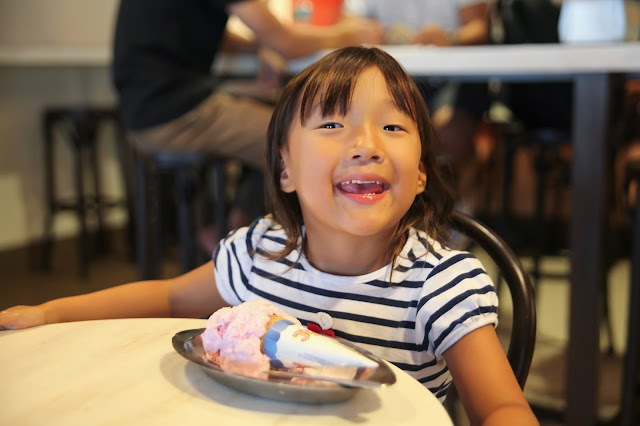 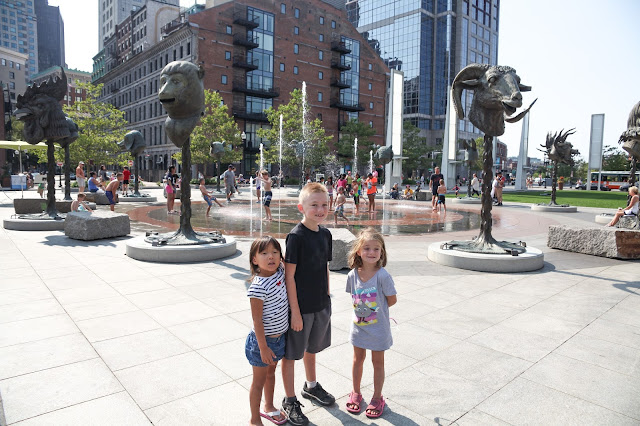 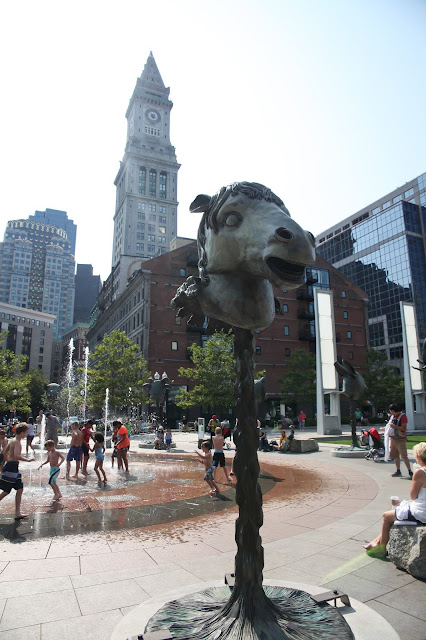 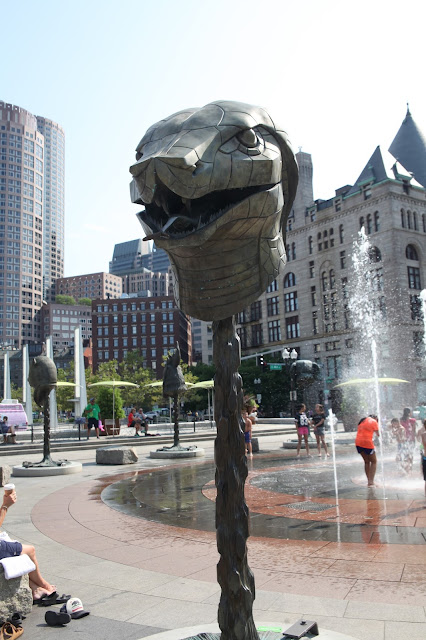 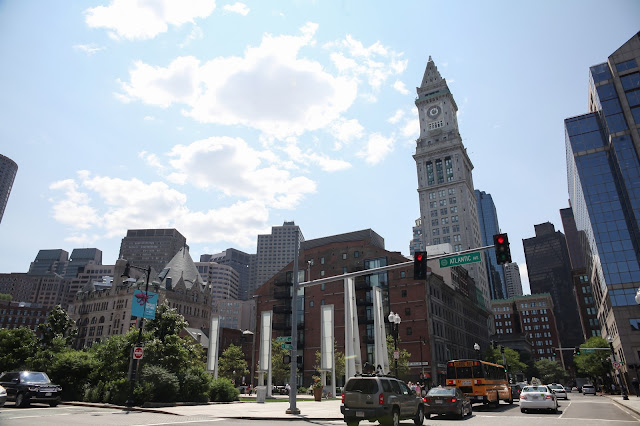 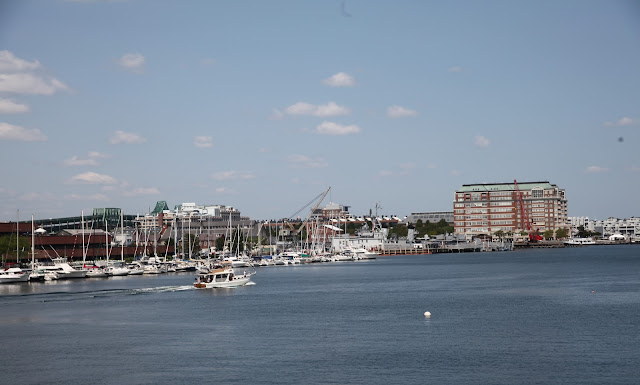 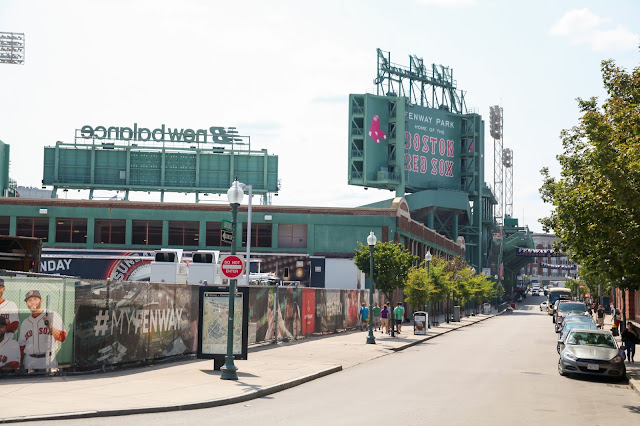 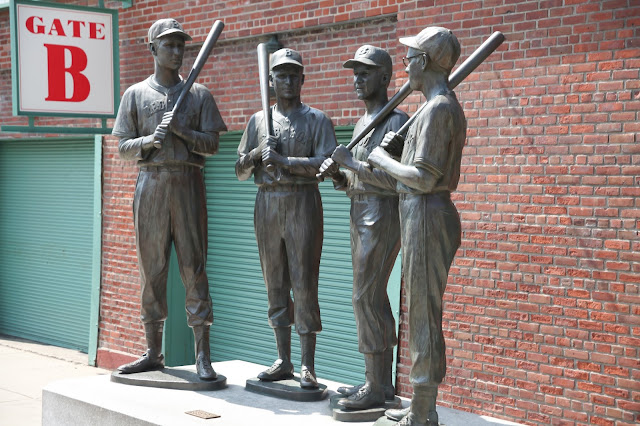 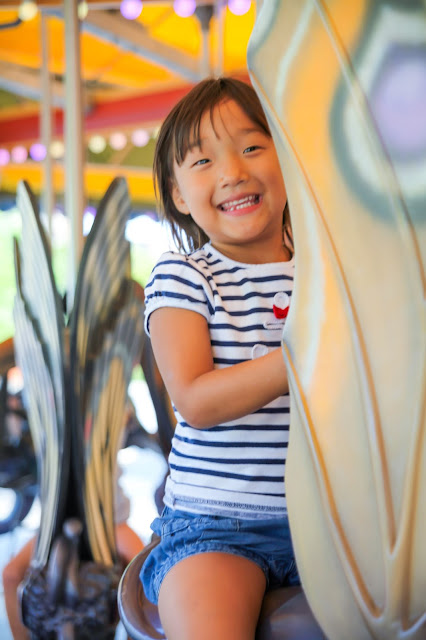 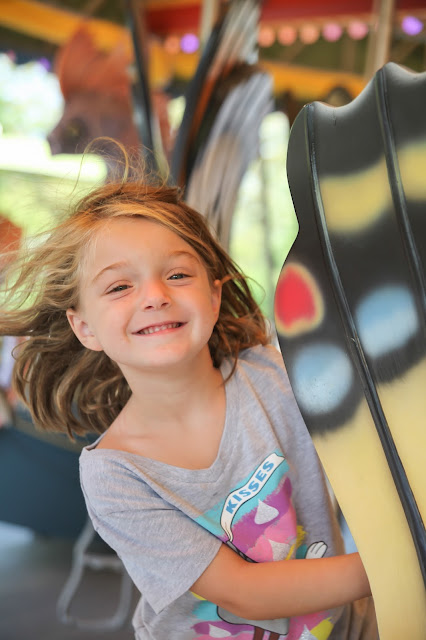 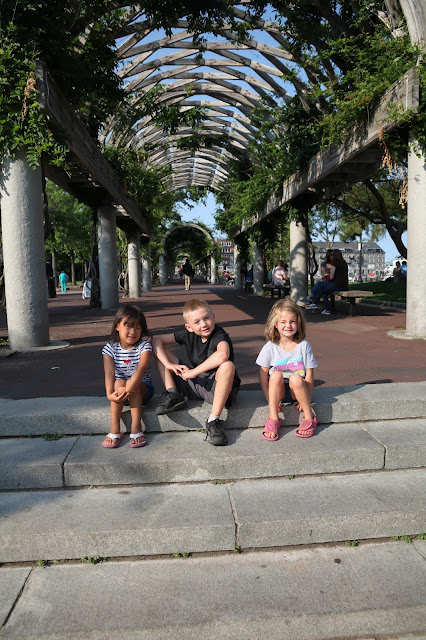 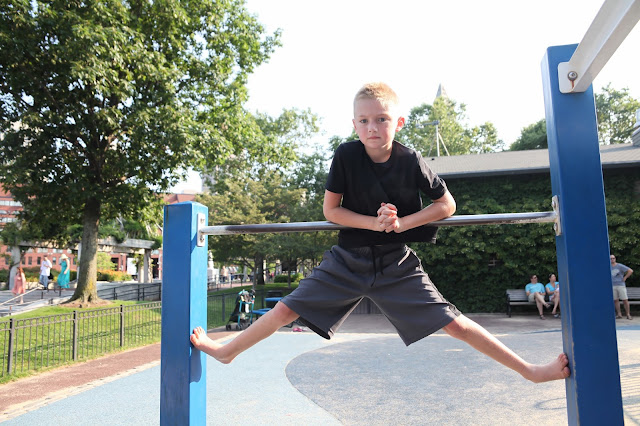 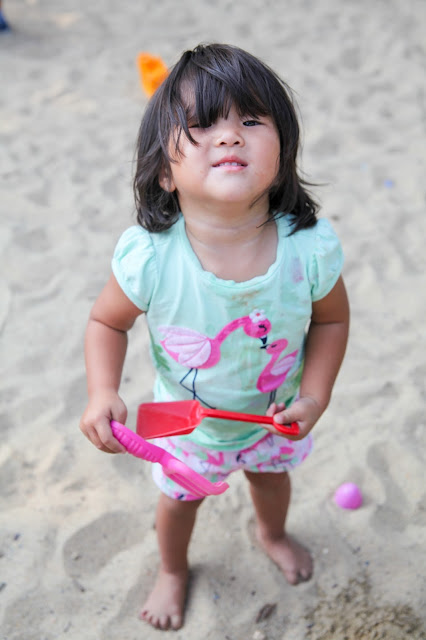 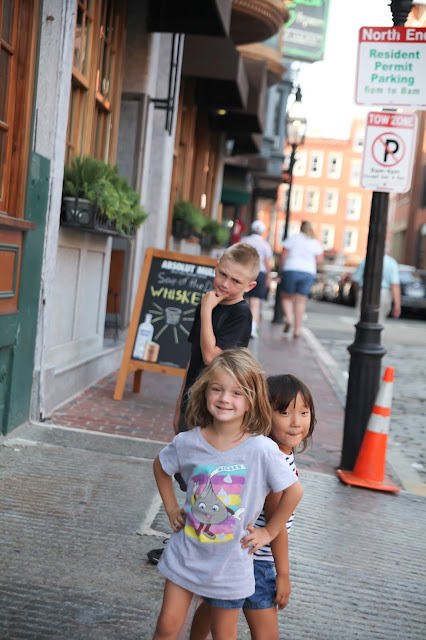 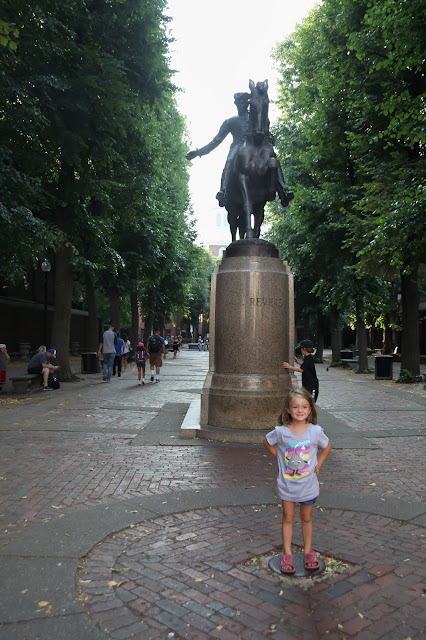