A family favorite and has been featured here on my blog, but it has been a while since we have gone and there were at least three members of our family who haven't been (the girls) thus it was time to go again.  Maureen (my step-sister) and her girls hadn't been either.  Thankfully they have added the water feature to cool off at the end because we were all to say the least a little hot!  The kids get a kick out of watching the alligators jump out of the water to grab the chicken.  Roman went  so far as to be brave enough to hold a snake.  I got wrangled into holding one a few years back.  The boa's are pretty benign though and their skin is cool and smooth because if it were slimy there would be no chance in this life you would have gotten me to ever hold it. 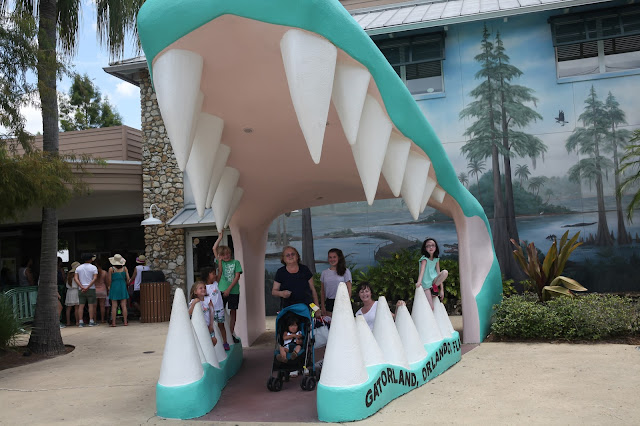 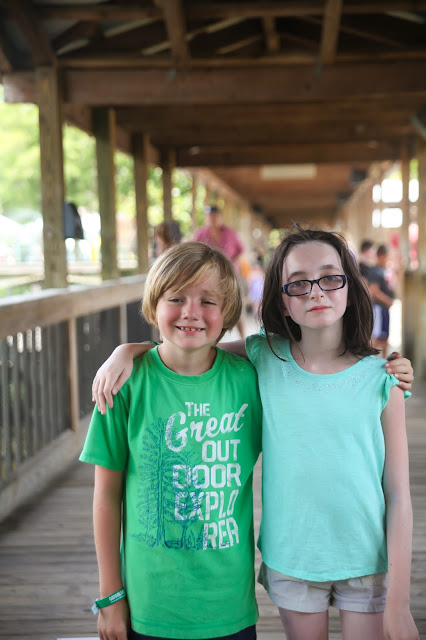 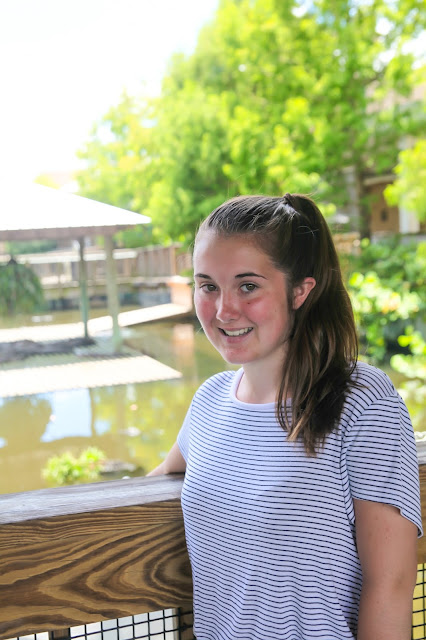 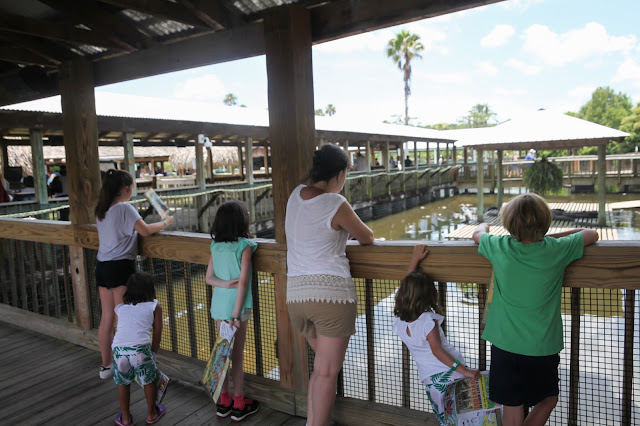 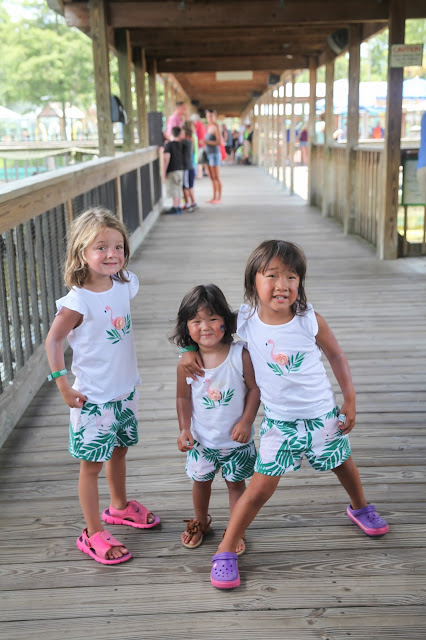 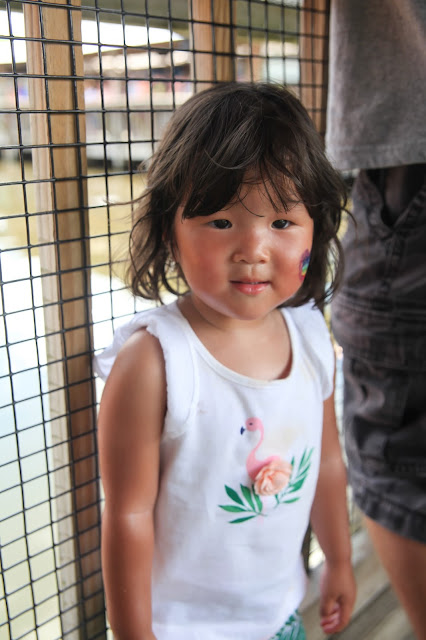 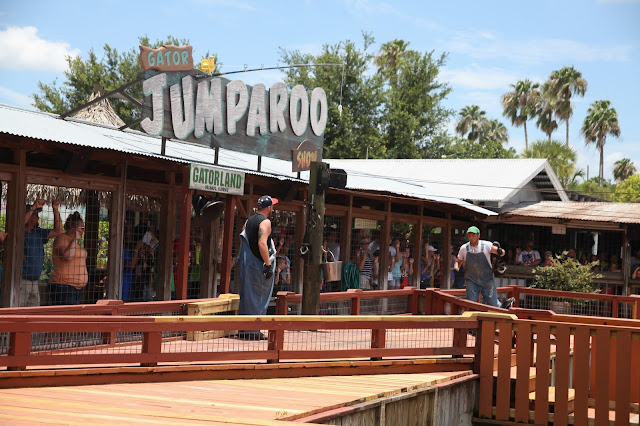 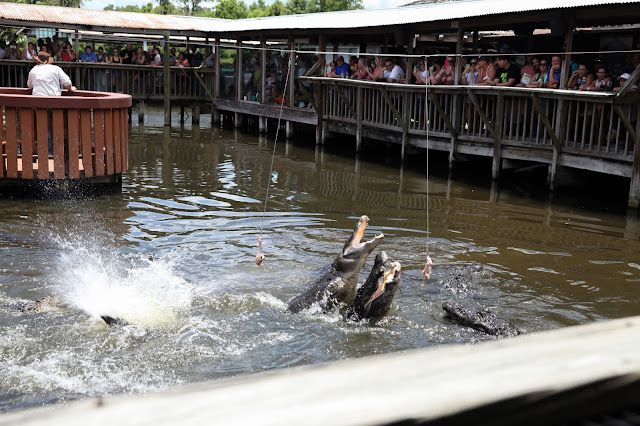 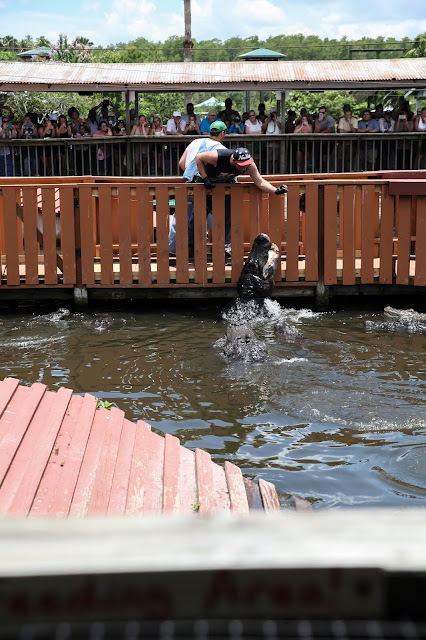 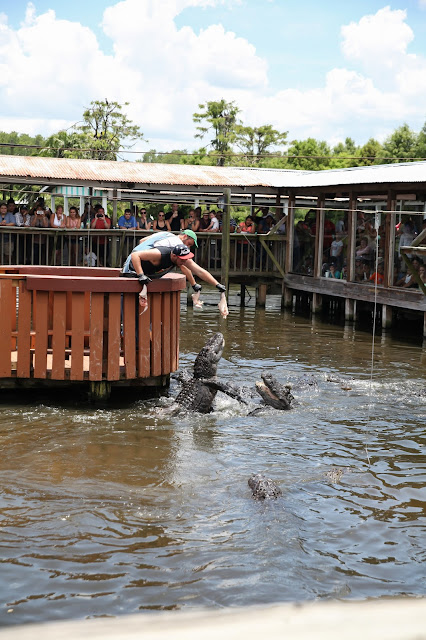 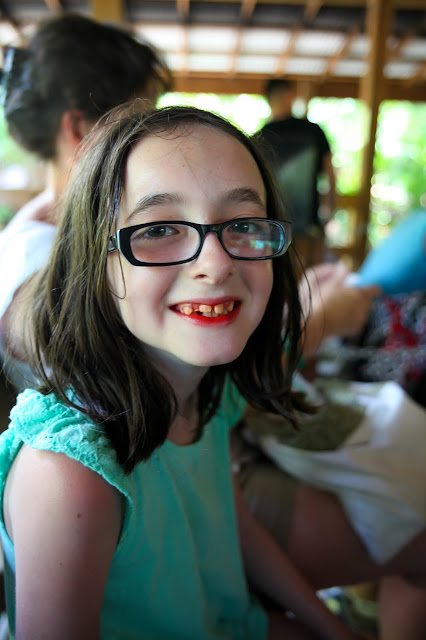 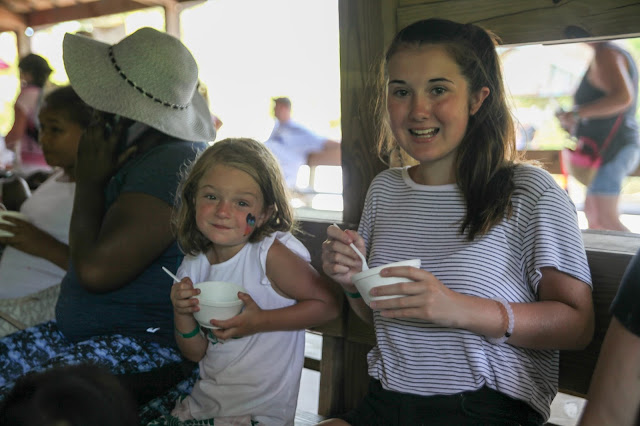 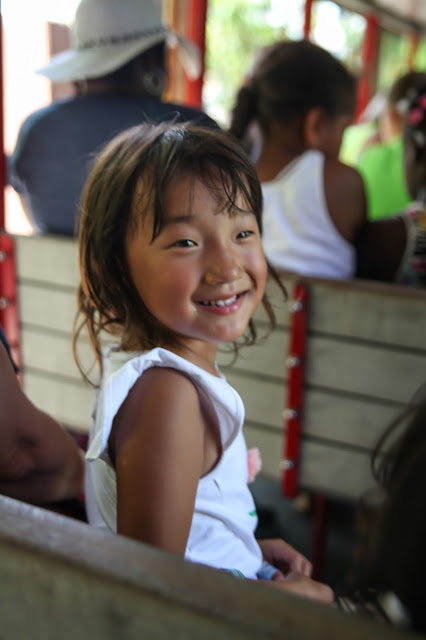 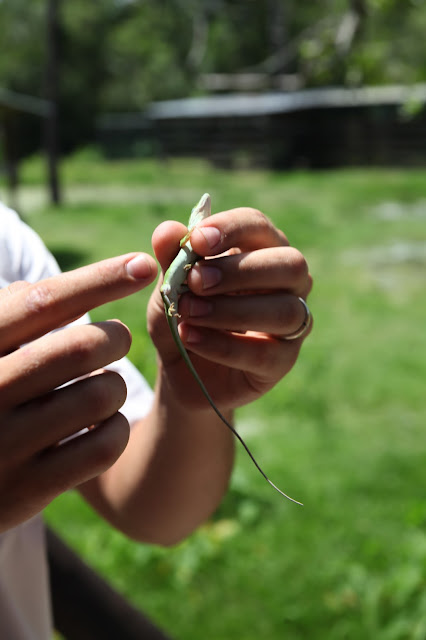 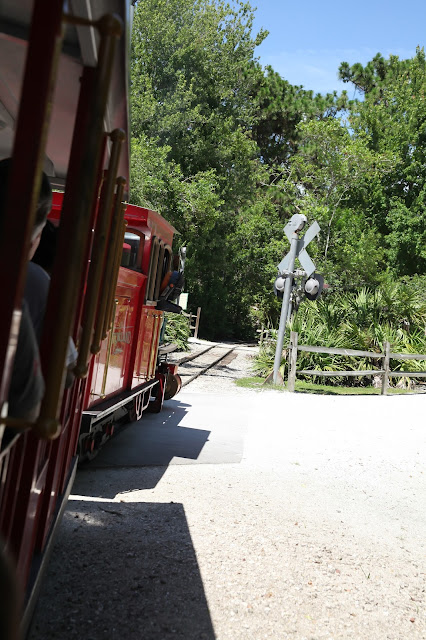 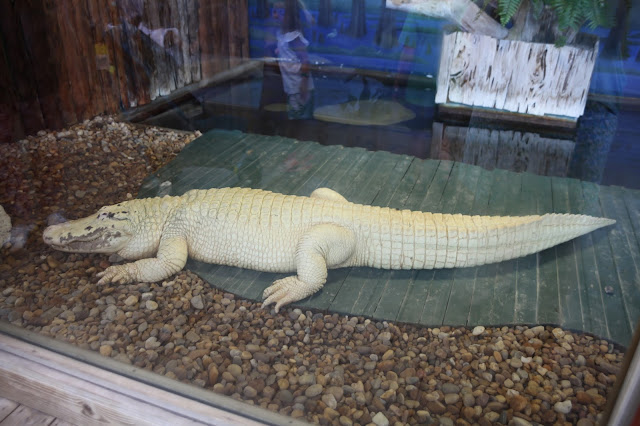 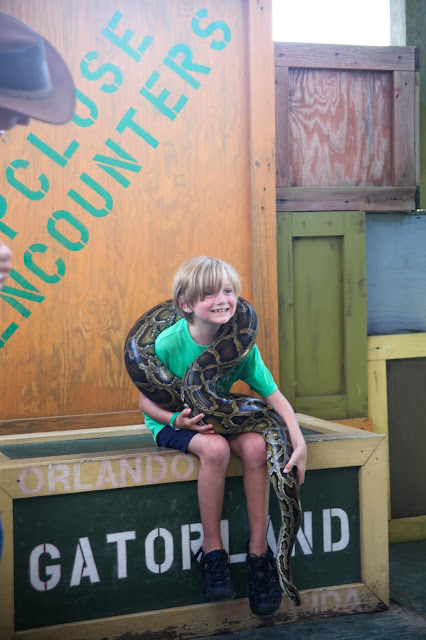 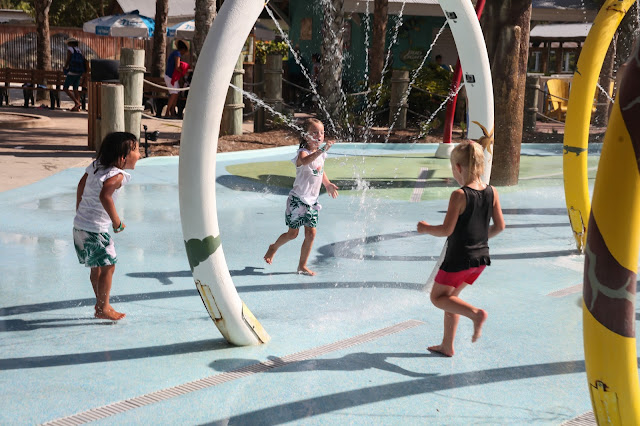 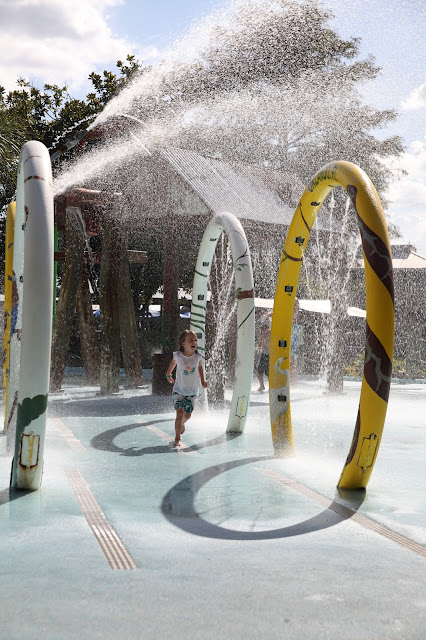 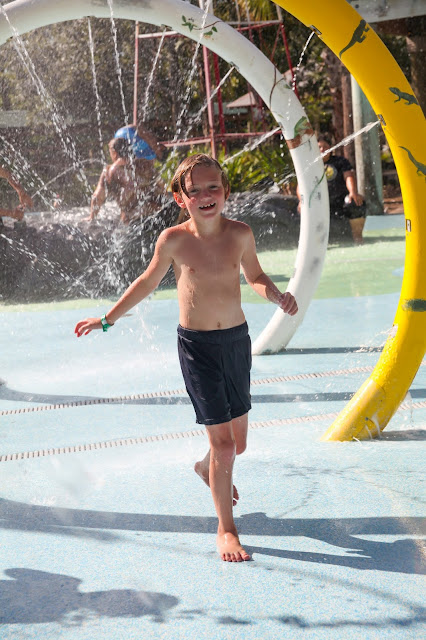 Buckeroomama said…
Looks like an awesome place! I loved that shot of your little ones in their matching outfits, btw. :)
July 19, 2016 at 2:03 AM