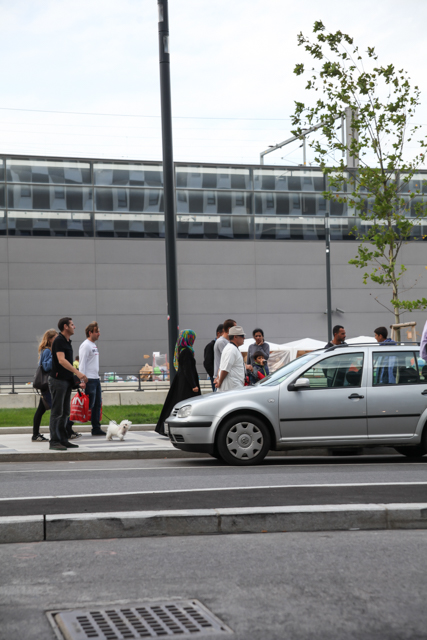 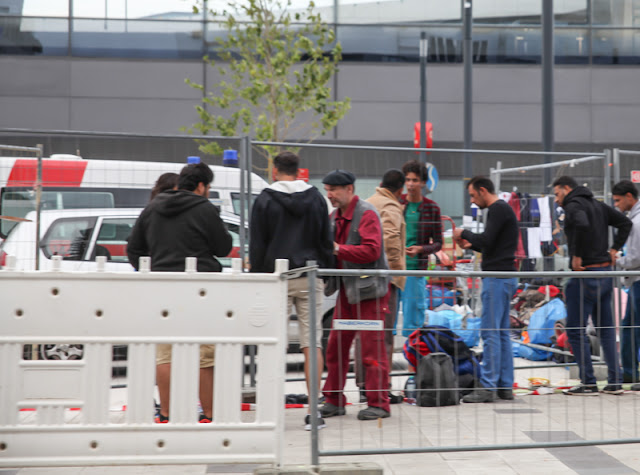 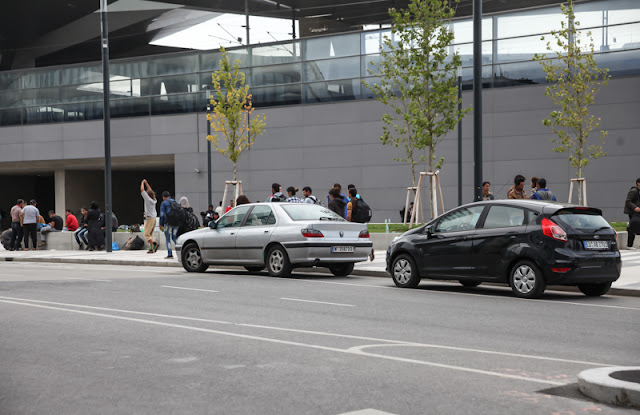 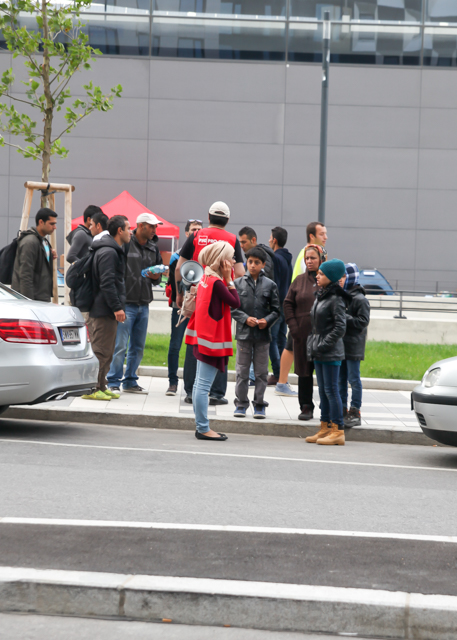 When I booked my ticket many months ago to come to Europe, I never imagined that I would be watching history in the making.  Our hotel in Vienna was across the street from the train station and what I saw in my three days in Vienna was nothing short of heartbreaking and yet at the same time touching as I saw humanity reach out to help those who were less fortunate than themselves.  What I speak about it the migrant crisis that is taking place in Europe.  Thousands of Syrians have fled their homes in Syria and other places to reach what they hope to be their new home in Germany.  Why in Germany?  Well, some have made a home in Turkey and a few in Austria, but it appears that Germany is opening its arms to them and expect to take 800,000 migrants in the upcoming year.  What I witnessed at the train station in Austria was that each day the numbers grew.  Some of that being from canceled trains into  Germany as it is having a hard time preparing itself for the mass number of people flooding into; their city.  No one was prepared; however, Austria has set up a temporary makeshift camp where they can receive food, assistance, clothes, a place to sleep, and an opportunity to a bath.  Who is coming?  Mostly young men between the ages of 20-30 through women, children, babies, and the elderly are amongst them.  Today I saw an old woman who could no longer walk and who had been pushed in a wheelchair loaded into the car of a German citizen who decided they could not sit on the sidelines a watch.  If trains were not going to bring them than he would in his car, and he was not alone.  Today we saw two dozen cars and vans appear in front of the train station to do just as that other young man had done.  These people are clean in appearance, have maybe just a backpack of items with them, except for the exception of a few shopping bags carried by women, they have not bothered any of the tourists, and are very grateful when assistance is offered to them.  I cannot imagine what they have been through as I have trouble walking a couple of miles and yet they have walked all the way from Syria.  I doubt they wanted to leave their homes behind, nor their family or friends.  I imagine they had pets that they had to leave as well.  Fall is making its way across the city.  While not desperately cold.  It is chilly in the evenings.  We have experienced rain.  What I keep wondering is where is the UN?  If something is not done to assist these people, not only will we have people dying on the sea as 17 people did the other day, but they are going to be freezing in the streets of Hungry, Austria, and Germany.  Whether you agree with their religious choice they need our prayers.  They really are no different than us!  Aren't we all apart of the human race.  No mother has a baby to then only watch it drown on the ocean as they flee their home because it is no longer safe. They had no choice ISIS gave them no choice it was either flee or be killed.  Please pray!

update:  We are now in Hungry where there were suppose to be a ton of migrants at the train station, but none are to be seen.  I am not sure if this is because they have all been shipped to Germany or if the wall that Hungry has built is keeping them out.  Yesterday no trains were running, so I as I haven't had an opportunity to watch television I am slightly out of the loop.
Labels: Austria