Cake with a Side of Art

When I think of Vienna, I think of classical music!  Mozart and Beethoven are legendary around the world.  Who hasn't heard of the Viennese Waltz; however, Vienna is famous for its cafe culture and this includes amazing pastries.  Apple Strudel, Esterhazy, and Sacher Torte are just to name a few and they are nothing short of amazing.  Just so you know apple strudel can be served warm or cold with whip cream, vanilla sauce, or ice cream.  I prefer it warm with vanilla sauce. Serving it warm gives the apple more depth of flavor.  You can enjoy any of these desserts all throughout the city, but I suggest heading over to Demel's not too far from St. Stephan's Platz. and just a stones through from the Hofburg Palace.  Legend has it Sisi ordered cakes from Demels often, but as she was anorexic she would through them out.  How sad!  Insert a sad face icon here. Demels has been open since 1786 and with a history that old you know they have to be good.  Don't be surprised if you have to wait a few minutes to get in, but it isn't impossible so stick around and enjoy.   The cafe is a perfect combination of grand and cozy bringing you back into the age when poets set in cafes and would write books and I can even imagine some business deals made over a cup of coffee and cake there today. 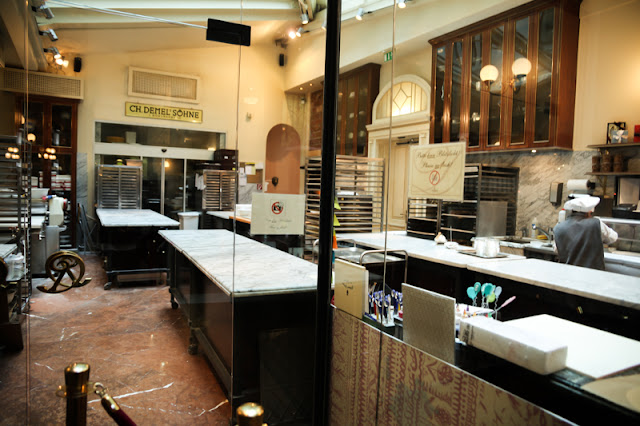 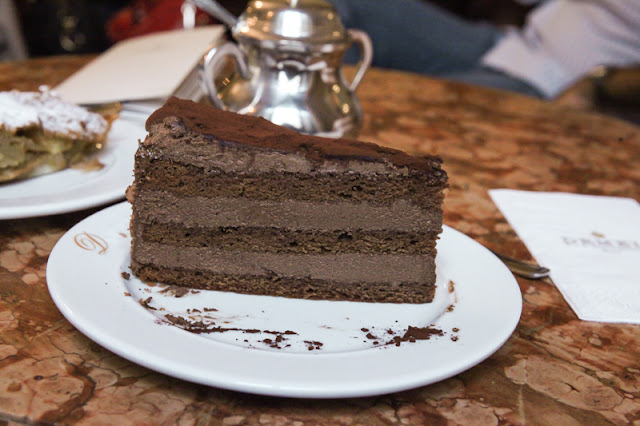 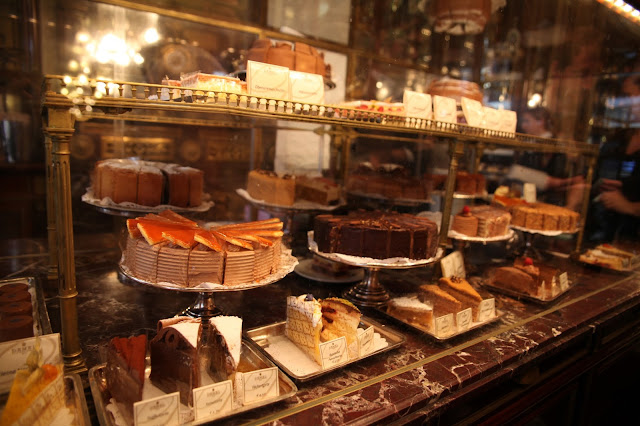 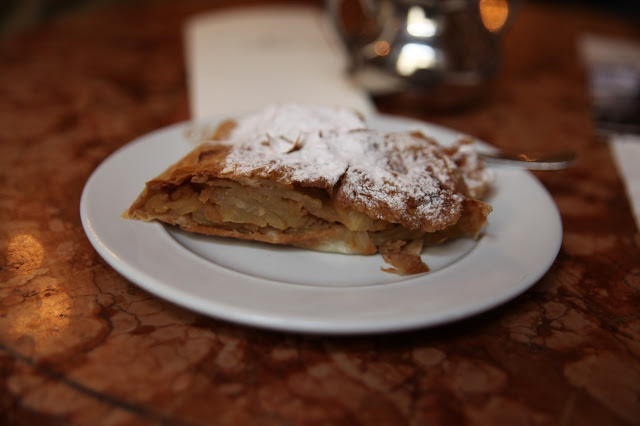 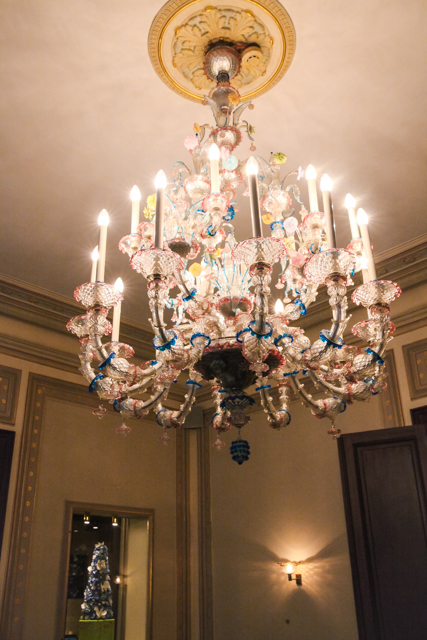 I can't tell you when I saw the painting The Kiss by Gustav Glimt for the first time; Maybe it was in college where a roommate had it on her wall as this painting is a very popular art poster or maybe in art history class in high school but this painting had caught my imagination ever since.  I just love how the man in the painting has the woman completely enveloped into him.  You can feel the love and passion between the pair.  I love the usage of the gold as you don't see gold used that often in paintings.  Then this past spring I saw the movie The Woman in Gold the story of Marie Altman who had to fled Austria after the Nazi's came to power.  Her aunt and uncle had owned a few of Glimt's painting; however these where confiscated by the Nazi's.  Many years pass and Marie remembers the paintings and decides to look into claiming them back; however, now they have become very well loved by the Austrian nation and they were not going to let them go easily.  They believed they should stay in Austria as they were just as much a Austrian national treasure as they were her families. The rest of the story is history as she won them back, but after having them in California for a certain time she realizes that to insure them would just be astronomical, so she sells them back to the Belvedere.  Isn't the building just grand in and of itself. I love the windows.  The museum contains two buildings and you can pay to see one building or both buildings.  The Glimt paintings are located in the upper Belvedere. and are well worth going to see.  Included is just a picture of the original as one is not allowed to video what is going on or photograph.  The paintings are better up close than they are from looking at a book or poster hanging on the wall.  They are stunning!  The only thing that saved them from being destoyed during the WWII was that the Nazi's deemed them inappropriate and gave them to someone else. The Belvedere was built in 1697 for the  Prince Eugen of Savoy who lived in the palaceuntil  his dealth where the place was then given to a family member. She sold the palace where it was then used by the Hapsburg family as a private art gallery.Nothing about Vienna says ordinary. 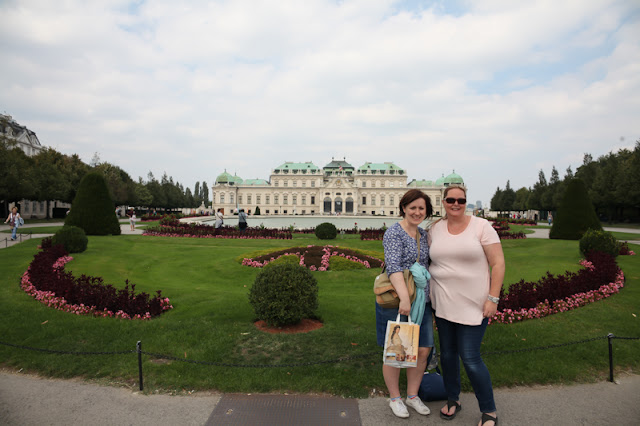 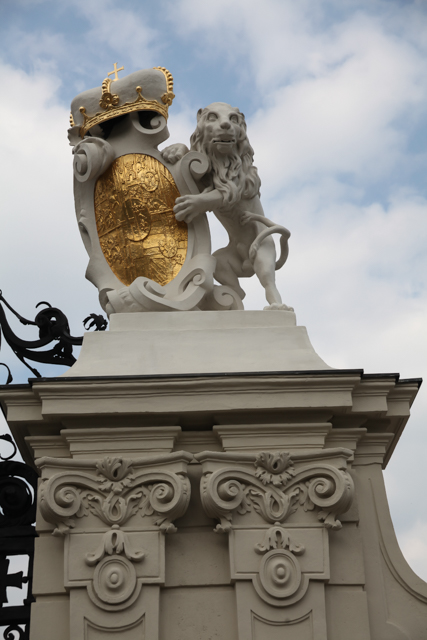 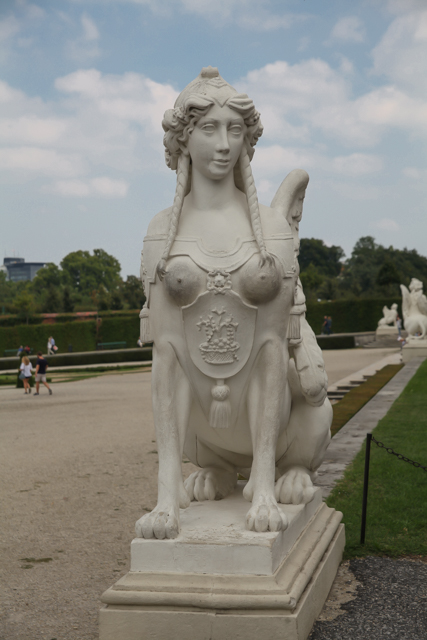 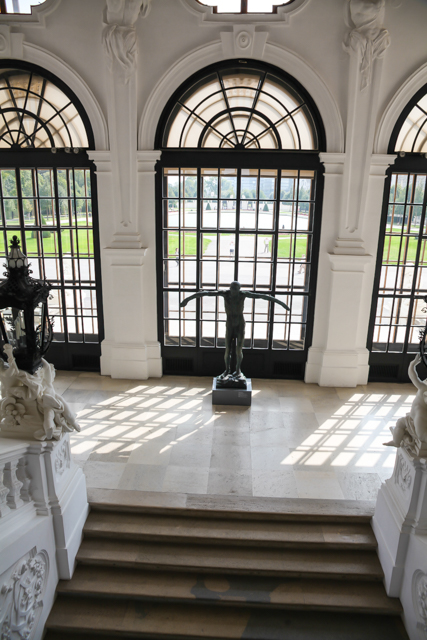 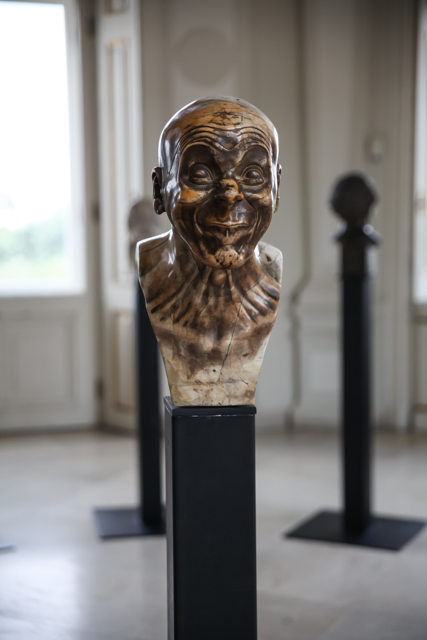 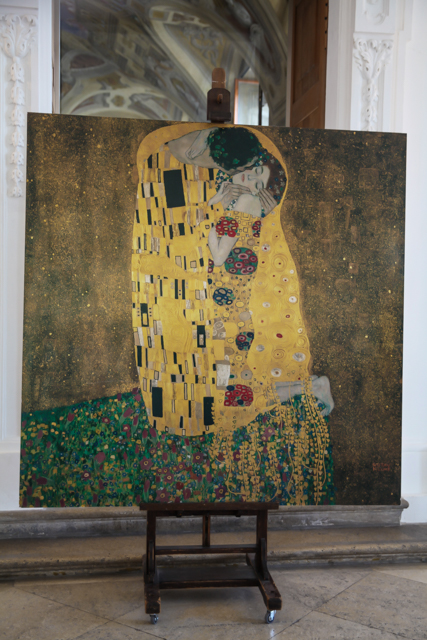 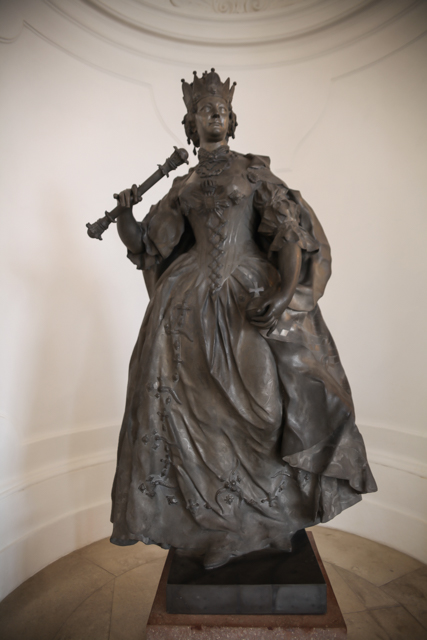 Francesca said…
hope you get some recipes and ideas for your baking back home!
September 18, 2015 at 5:43 AM