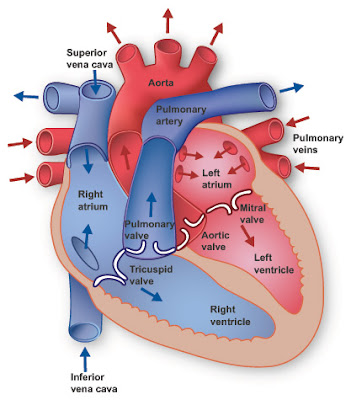 Hi!  It is Sunday evening and I would like to give you a quick update on my previous post.  I am doing better.  My tooth still hurts a tiny bit, but each day it is feeling better.  My mom had a really nice birthday party at the cheesecake factory.  Cheesecake makes everything better right?  Tonight we went to the baptism of our friends son.  It was so sweet! What a wonderful celebration it was!  Addy had a successful therapy session on Friday and has really made progress on adding some new food textures to her diet.

Unfortunately, Roman's visit to the cardiologist did not produce good news.  Here is the background on Roman first.  He was born with a heart condition called Tetrology of Fallot.  It is hard to explain this heart condition, but basically these children are born with a hole in the heart, the aorta is not attached, and the pulmonary valve is not attached, and therefore it is hard for these babies to breath because the blood does not get oxygenated the way it should.  These children are called Blue babies because they turn blue.  Anyway, Roman had his surgery to repair his heart at 3 months old.  He is pretty much just like any other child except for his heart.  It will always be a repaired heart, so it does not behave exactly like a normal heart.  Sometimes the children either are not born with a pulmonary valve or the valve has to be replaced due to it's small size.  Roman was able to keep his valve, but it was very small.  They told us he would have to have it replaced sometime before he was 18.  We hope he doesn't have to have it replaced until he is 18 because then he can have a mechanical valve; however, if he has to have a replacement as a child then they use either cow or pig valves and these do not grow with the child meaning the child may have to have additional surgeries until they are a candidate for the mechanical valve.  The  more surgeries the more risk.

The last couple of months Roman has been pretty tired. We did not know if this was him just being lazy or his really long school day.  My husband and I wanted to get him a medical excuse for him to go to school 15 minutes late.  He is suppose to be on the bus at 6:40 a.m. and that means we have to get up at 6:20 in the morning.  I think this is early.  If I try to drive him to get him to school on time we really can't sleep in because so many parents drive their children to school.  If I take him to school at little late the traffic isn't an issue and he  gets an extra hour of sleep.   Anyway, the exam showed that his right ventricle is enlarged.  Since our last visit 6 months ago the right ventricle has dilated a centimeter.  At this point they are not sure what is causing this; however it could be his valve needs to be opened up or it could be due to other factors.  Tomorrow he will go visit his pediatrician.  He had a 24 holtor monitor on this weekend that measures the electrical impulses of his heart.  I am sure we will find out the results from that soon.  He will get some lab work done to check for anemia and a few other things.  Then in June they will do an MRI which will give us a better look at his heart.  So little Roman can sure use your prayers.  We are hoping that the results do not lead us down the path to surgery. While it is not in our hands, we can't help but to admit we are a little scared.

Oh, and one more thing just incase you were wondering but sadly it did not work out with the little girl who we were looking at.  Her medical needs were just way more than we could handle and that decision was not made without a lot of prayer.  I am sending my love and prayers her way that she will soon fine her forever family and we will soon be matched with the little girl who is suppose to be apart of our family.
Labels: Roman

Victoria | Hibiscus Bloem said…
So sorry to hear about Roman. I cannot imagine how worried you must all be. Thinking of you and hoping for good news this week. And that is such an early start to the day for him too! Wow, even for a child with perfect health that must be a very long tiring day. Sending a hug.x
April 21, 2013 at 11:21 PM

Valentina Fussell said…
Well, we will just have to pray for the best! I'm guessing there have been more times than you can count that things did not look good and now look how far he has come! Trusting along with you guys...

dawn said…
sending all sorts of positive vibes for Roman and his mummy and daddy too.

So sorry you weren't the right family for the little one, it just tears your heart our doesn't it. We did it once and I said NEVER again.....luckily I changed my mind and that decision led us to Ro.
April 22, 2013 at 6:21 AM

Rocks In The Wash said…
Heavenly Father has a plan for each and every one of us, though we don't always know what that is. Sending you and the family prayers during these trials.
(((HUGS)))
April 22, 2013 at 10:00 AM

Unknown said…
We will definitely keep Roman, and all of you, in our prayers. I totally understand being scared. Having a child with medical issues is such a scary thing...I totally related to Elder Holland's last conference talk because of that.
April 22, 2013 at 12:35 PM

Company EIGHT said…
Roman is definitely in our prayers, as are all of you. I also know the stress and worry related to having a child with serious medical issues, so my heart goes out to you. {{hugs}}
April 22, 2013 at 10:53 PM

Everything Beautiful Shay said…
Well you KNOW this post rocks my world and I am praying for your sweet Roman and you!!! Blessings and love!
April 23, 2013 at 3:48 PM

Andi said…
Prayers and love for your Roman. I cannot imagine the worry and anxiety.

Have faith that if a child is meant to be in your home, they will come. And if not, then you and your family will be ok. It's hard to put your heart out there and have opportunities come up that don't work out. Been there, done that. Obviously, I don't have it all figured out, but I know I've grown through the process and in the end if that's all that comes, then I'm still thankful.