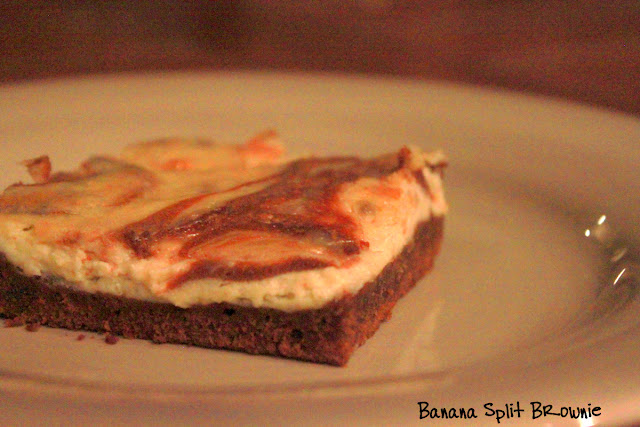 The year so far has been good.  I  know it is only one month into the year, but so far things have shaped up much better than I had hoped.  I made these brownies the other night.  So yummy!  The next day I started a healthy weight challenge.  No Sugar for the next 8 weeks.  I hope I can do it!

I am tired of being the fat girl.  I want my old body back or at least a better body than what I have right now.  Amazingly, I have managed to work out just about every day.  I hate working out.  The only thing I do like to do is Zumba, but the class schedule hasn't been working with mine. 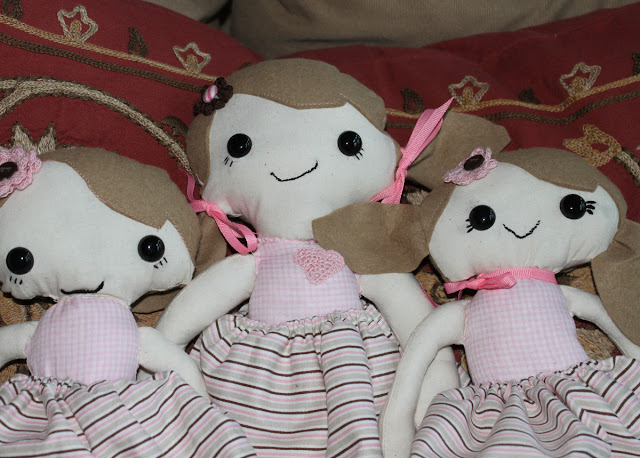 Harris got his braces back on.  He is now doing phase 2.  He wouldn't let me take a photo of him.  His mouth was so sore tonight.  Poor guy!  Winston get's his on next week.

I made these dolls with the help of my mother.  I found the pattern on-line at a shop called Bit of Wimsey.  Aren't they cute?

This month I managed to pack up three bags to take to the Salvation Army.  It feels good starting the year off de-cluttering my house.  I gave a bunch of baby equipement to a couple at church who are expecting their first child, and I also sent two boxes of baby clothes to New York to a friend who had a baby last month.  It was a little bittersweet because I know there will not be any more babies in our home until one of our children has children.  I am not rushing that one.

Kristin said…
I'm taking again and again to eat less, eat healthier - and finally get my old weight. Keeping my fingers crossed that it will succeed.
January 25, 2012 at 10:49 AM

tanïa said…
I never did those diet things where you ban certain food. Wouldn't work for me. In times I feel uncomfortable I just try to change a little to a more healthier way and to move a little bit more. The rest of the time I try not to care too much about weight! I call this wasted time. But I absolutely agree on the good feeling of de-cluttering the house!
Cute dolls, by the way!
January 25, 2012 at 11:14 AM

Heather said…
Good luck! I'm trying to be better, too. I started this year 23 pounds heavier than I started last year. Sigh. I am trying to figure out how I can claim my gym fee as a charitable tax deduction - supporting local business...
January 25, 2012 at 3:55 PM

Unknown said…
I've been decluttering too. And I am not looking forward to putting our second one into braces soon. :\
January 25, 2012 at 7:03 PM

Emily said…
Good luck with the no sugar challenge! I cut way back on my sugar intake this summer and the great thing was, after a few weeks my regular foods started to taste sweeter. I think we lose our ability to taste the complexity of natural flavors when we dump sugar on everything, but it's such an addiction! Don't worry though, you can do it!
January 26, 2012 at 2:57 AM

nadine paduart said…
i'm sure yuo're not. fat. it's all an illusion, and i'm wishing you all the best on your challenge.
indeed, eight weeks is peanuts!