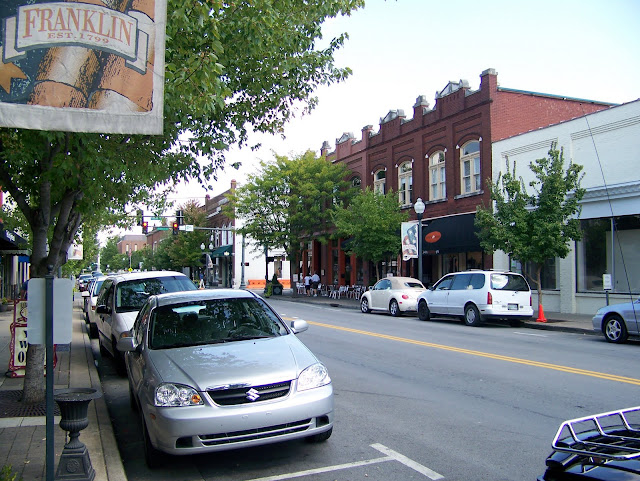 Have you ever watched a movie and then thought that you would like to go to the location of where the film was made. Franklin, Tennessee is one of those places. The first time I saw the town was in a movie called Elizabeth Town with Orlando Bloom and Kirsten Dunst. Though I haven't seen the second movie, I think it is also featured in Hannah Montana's Movie. It is a small charming southern town surrounded by miles and miles of rolling hill farmlands and just minutes from downtown Nashville. The town is filled with cute restaurants and boutique shops. It is a haven for people who love to go to antique shops. Had I not had a car full of children, I think I would have come home with a ton of furniture. It was lunch time and we ate at a very yummy restaurant called Puckett's Grocery http://www.puckettsgrocery.com/. The food was fantastic! It specializes in your meat and 3 plate combos, but offers just as yummy other type of plates. What is a meat and 3? It is your choice of a meat with three side dishes, and is very popular here in the south. I had the pulled pork with sweet potato fries, and one of my sons had the smoked sausage smothered in peppers with a side of onion rings. 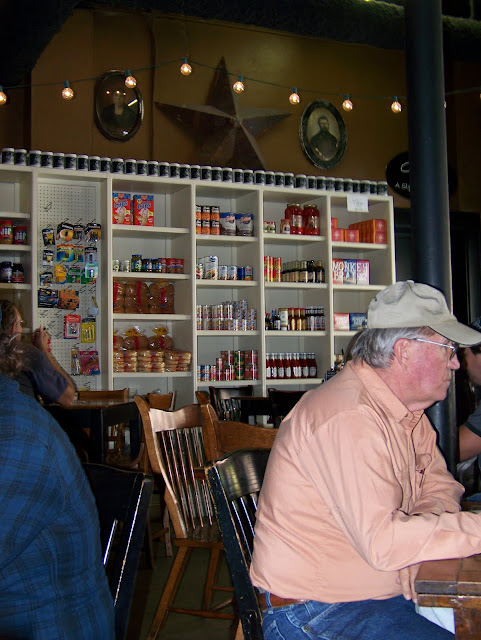 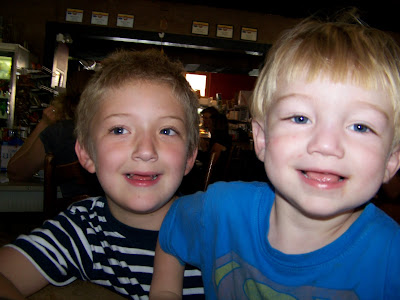 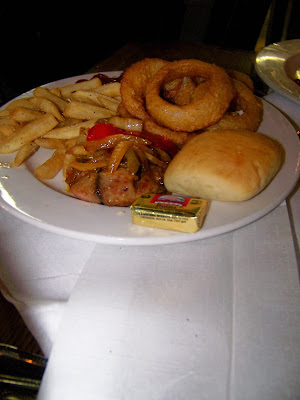 likeschocolate said…
Pancake is actually a corncake made with red peppers and scallions.
September 10, 2009 at 12:37 PM

Anonymous said…
I LOVE Nashville! It's so pretty with all the rolling hills and horse farms...Franklin is great!
September 18, 2009 at 8:43 PM

Jamie said…
I used to cruise that very street, lol. The Carter house is really neat to see and learn about the Battle of Franklin.
September 21, 2009 at 12:51 PM

Leslie said…
Thanks for your prayers and commenting on my blog! I was curious when I saw your blog subtitle and started looking at all of your travels. I naturally clicked on the TN label. And I have to agree that Franklin is like something out of movie! But I might be a little (or a lot) biased. ;)