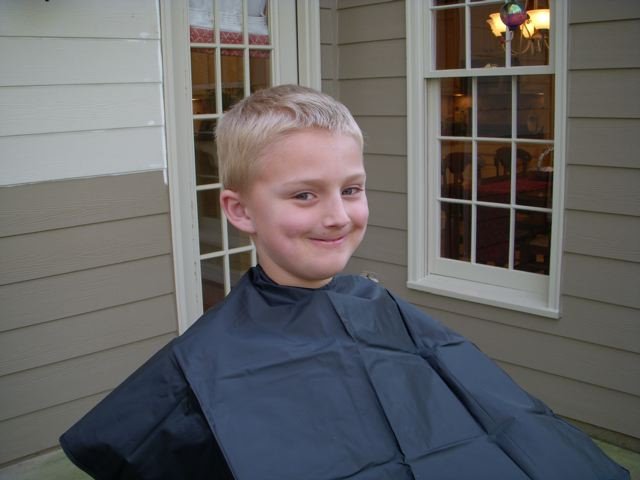 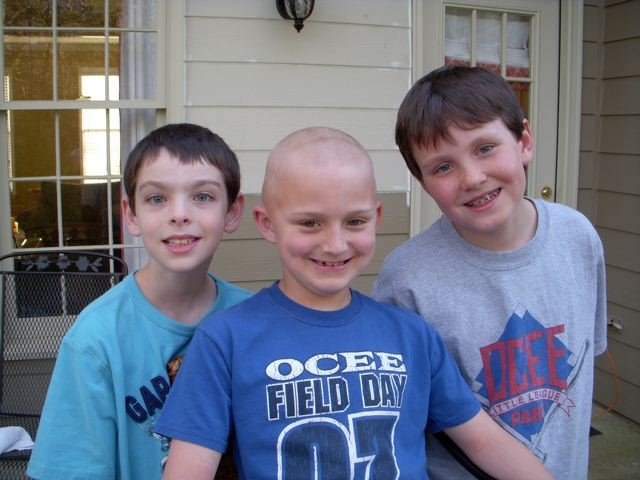 The child in the middle is mine. You are most likely wondering why he has no hair. Well, these are lost photos before we left for Switzerland last spring. He shaved his head to support his best friend Mason who has been battling cancer for the past year. Mason is currently in the hospital getting a bone marrow transplant and could use a prayer. One day he was a normal 9-year-old boy and the next he complained he had a stomach ache. Parents didn't think anything of it until two days later when he still didn't want to eat and stayed in bed sleeping. The took him to the doctor and thankfully she was smart enough to have him go get an x-ray of his stomach. Sure enough, it was cancer. Every parent's nightmare. Anyway, Harris and his friends wanted to show Mason how much they loved him and so they shaved their heads. Harris was so brave and was the first to go. Like any 9-year-old boy he gets on my nerves at times, but really I love him so much and I am so proud of him. In the end, he always does the right thing. This makes him my hero.

Teachinfourth said…
I don't know your son, but this was an amazing thing to do...it tells me just a little bit about his personality.

A family I know did something similar; their youngest son was diagnosed with cancer and his two older brothers and dad all shaved their heads, too.
July 10, 2012 at 12:17 PM