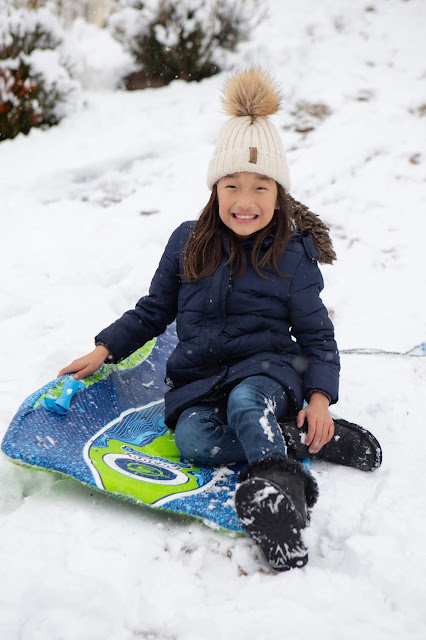 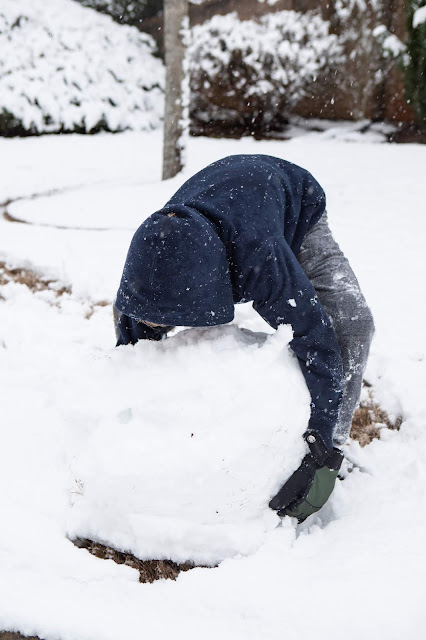 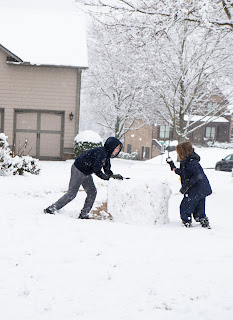 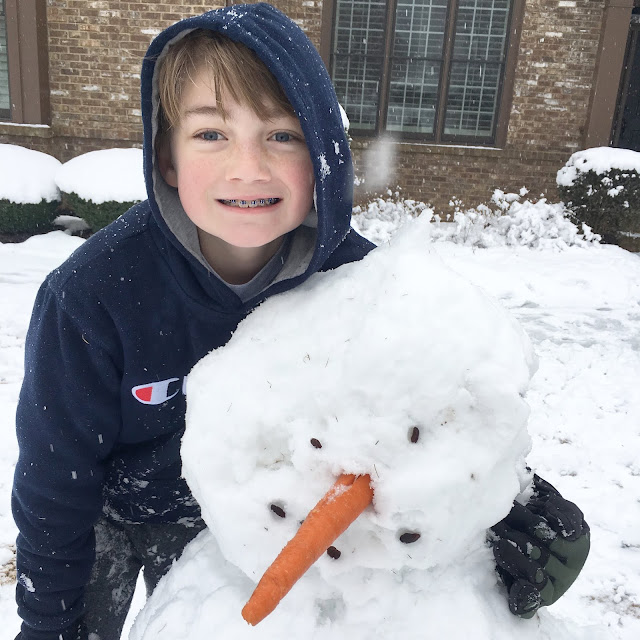 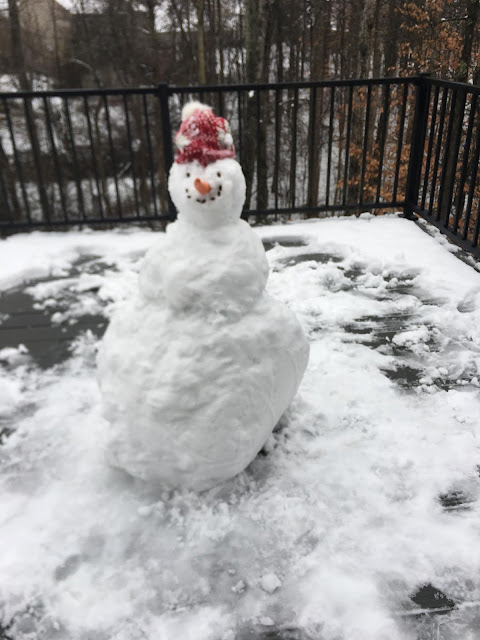 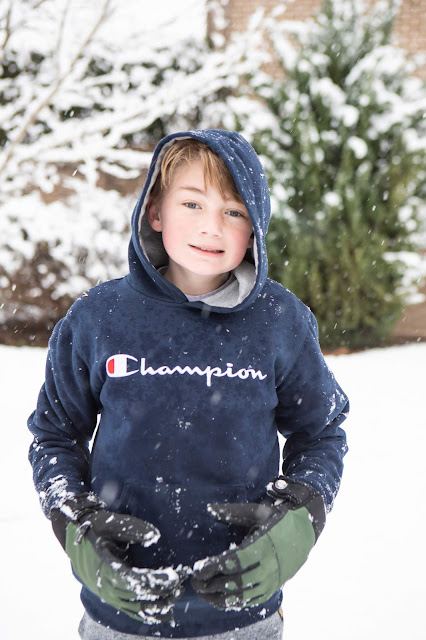 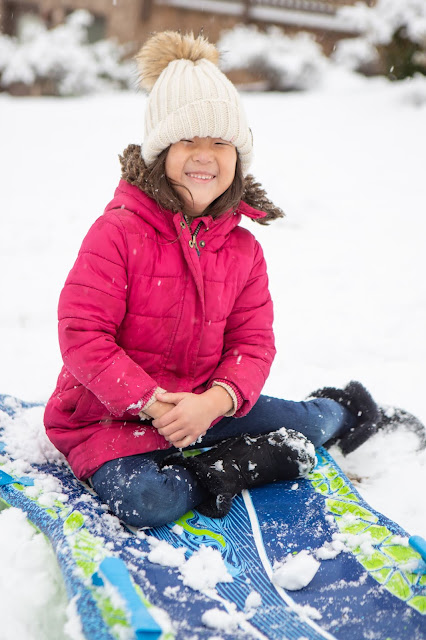 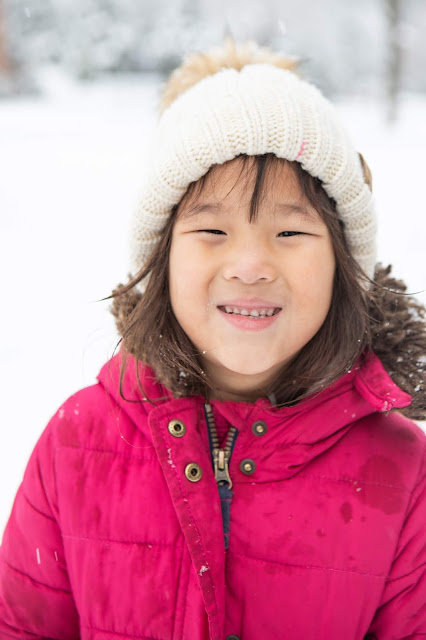 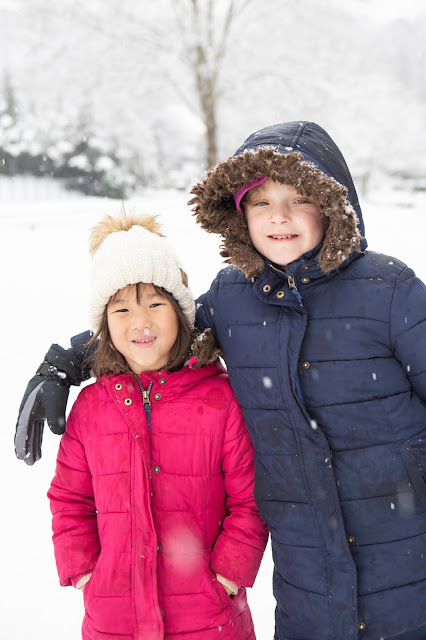 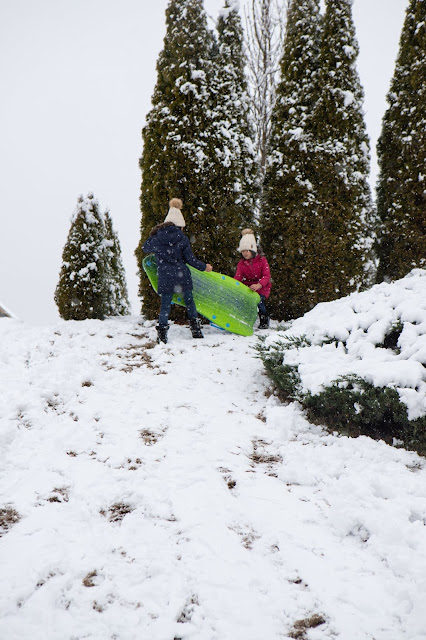 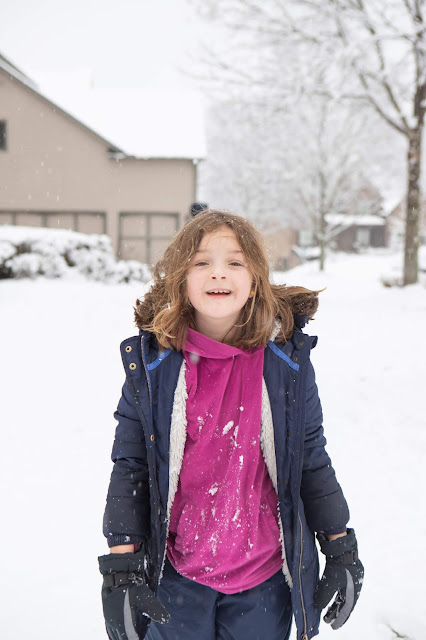 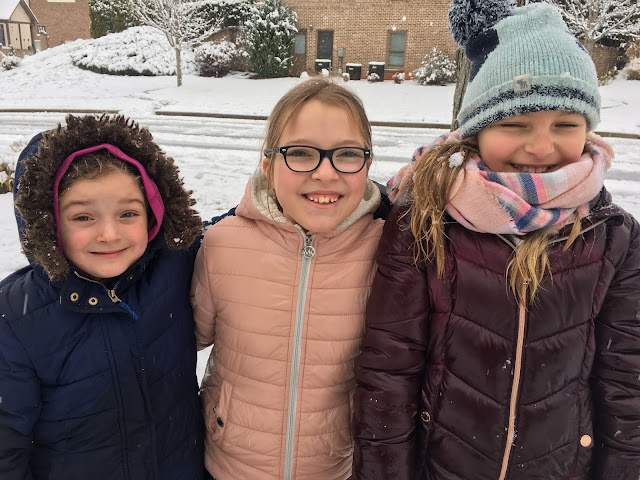 Do you want to build a snowman?

Given the unusually warm winter temperatures, the children had all given up on the idea of ever getting any snow this winter, but to their surprise, it began to snow this morning.  Even with snowflakes swirling all around us it didn't even seem real and we thought that as fast as they were coming they were going to leave us based on news reports; however, halfway through German school we packed up our stuff and headed home.  Good thing we did because the roads were becoming dangerous rather quickly.  Thankfully, we made it home safely and the children had a blast playing in the snow.
Labels: Winter

Barbara Rogers said…
Oh that's great that there was enough snow for playing in, rather than traveling though!
February 8, 2020 at 8:48 PM

Mariette VandenMunckhof-Vedder said…
Dearest Kelleyn,
Wow, what fun for all the kids.
Enjoy it while it lasts.
Hugs,
Mariette
February 9, 2020 at 10:42 AM

junieper/Jesh said…
Nothing better than playing in the snow - at any age:) Your children are becoming very adept at posing for mommy's camera:) Any hill is good for sledding! How that brings memories back from my own kids who are now parents! Thank you for sharing this happiness with All Seasons! Have fun this week.
February 9, 2020 at 10:41 PM