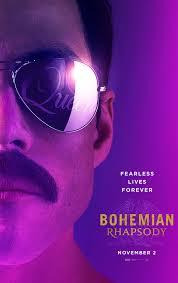 It is that time of year at least for myself that I find myself snuggled under a blanket and watching more TV or going to the movies.  I am just not a cold weather person, so finding the will to go for a walk outside in frigid temperatures just isn't going to happen.  I am pathetic!  I know!  I know there is beauty to be found beyond the four walls of my home even when it is frigid outside.   A while back I said I wished my spirit animal was like a hamster because somehow they have endless energy though maybe I would not like being nocturnal.  In reality, my spirit animal is probably a bear because they bask in the glory of summer soaking it in for all it is worth and come winter taking a long long nap.

The first movie well actually a documentary that can be found on Amazon Prime.  I wish I know of other sources where you can watch this documentary, but sadly I don't.  Anyway, it is called Decoding Watson.  When my husband asked me to watch this movie, I have to say I was rather skeptical.  He said the movie was on the man who discovered DNA.  I was a little baffled why he thought this would be something I was interested in, but I gave him the benefit of the doubt and thought that if I didn't like the movie I  could turn it off within a few minutes and at least tell him I tried.  The movie is actually really very entertaining and interesting.  I have to say while I know what DNA is I had no idea who had discovered it? Only one name in the movie did I recognize and that was Rosalind Franklin and that is only because my husband has a book on her somewhere in his office.  I encourage you to take the time to watch the movie as well.  James Watson is quite the character.  You be the judge.  Is he a little brilliant, totally crazy, a racist maybe a little of all these characteristics?

The Second Movie is titled Tully.  I hadn't heard of this movie until I had watched the Golden Globes.  This movie stars Charlize Theron who in my opinion is a pretty incredible actress. Tully is about a mom who after the birth of her third child hirs a night nanny to help her navigate and survive the days proceeding birth when days are long and nights are short.  I could really relate to this movie as a mother of six.  While I am pretty much through those days of sleepless nights I remember them well.  Kind of hard to function, but somehow we manage.  I can't say much more as I would give away the movie, but the ending isn't what you expect.  Some will love this movie and others will probably hate it.  I do think this movie is a good tool though for opening up a dialogue about expectations of new moms and having an open dialogue between spouses.

The third movie is titled Where Hands Touched based on historical events that took place in Nazi Germany; however, I should note that the stories characters are fictionalized.  I found this movie very interesting as I was not aware of or really hadn't thought about how Africans were treated at that time period even ones who were half black. Most movies we see and rightly so are about the jews.  I think this movie is important because it tells and bears witness to all those who were killed that were not jews.  The movie is well done and worth watching.

The fourth movie it titled Colette. This movie is about a French girl who leaves her small country town to marry a very famous author; however, the author isn't what he seems and in fact, he steals her writing to pass it off as his own.  Knightly does a fantastic job as she always does and I have to say this movie might not be everyone's cup of tea.  What I did not know was that this movie was based on a true story.

The final movie is Bohemian Rhapsody.  Not sure if it is was equally enjoyable for my son as it was for me, but to spend two hours seeing how the songs of my childhood was really good.  We are the champions!  Interesting to see how the pain of his life inspired the songs and his creative genius.
Labels: movies

Annsterw said…
I really need to get out and see Bohemian Rhapsody! I cannot wait as I have only heard great things about it! Thanks for the reviews~
January 24, 2019 at 3:30 PM

Alicia said…
I've never been a big watcher of movies or television either for that matter, but I did want to see Bohemian Rhapsody, I need to make time for that. You made that DNA documentary sound very interesting and the movie with Charlize Theron as well. Hey, I say take it easy during the winter and save up energy to give your all to summer!
January 24, 2019 at 5:19 PM

Beatrice P. Boyd said…
I like movies, but don't go to the movie theaters often. That said I did see Upside recently and it was enjoyable, but not a great movie.
January 26, 2019 at 6:21 PM

handmade by amalia said…
I've seen both Colette and Bohemian Rhapsody, I have so many movies on my list right now, I especially want to see Green Book.
Amalia
xo