When people think of going to Europe, they don't usually think of going to Slovenia. Paris, London, Italy are usually some of the first countries they visit but not Slovenian, but because of that you won't be waiting in long lines like many other cities in Europe. The idea to go to Slovenia started taking shape about three years ago when my friend Lucy and I were planning a girls trip.  Lucy had been to Slovenia many years before and thought it would be a fantastic place to visit, but in the end, we ended up not going to Slovenia and went to Hungry.  Slovenia just an hours plane ride from Germany is a really an undiscovered gem.   When the plane started descending my mouth dropped because Slovenia is so beautiful. Lubjiana the largest city of Slovenia is such a beautiful city.  I arrived in Lubjiana late Monday evening.  Just enough time to check into my hotel in the Old City, get a lay of the city and grab some dinner before turning in for the evening.  I would highly recommend putting Slovenia on your travel itinerary.  I told my husband that  Slovenia is what happens when Italy and Austria has a baby.  The people are super friendly and just about everyone speaks English though Slovene is the official language.  Many people also speak German and or Italian just depending on where you are in the country and also many understand their neighbors in bordering countries.  Slovenia has an interesting history as it is a relatively new country.  The country was under the power of the Roman Empire for many years and then under the rule of the Austrian-Hungarian Empire and many of us knew it as Yugoslavia until 1991 when it gained its independence.  The influence of all these cultures can definitely be found on the menu. Eating well is something you won't have to worry about when visiting Slovenia.  Every meal I ate was amazing!  I could keep gushing about Slovenia and Lubjiana.  The energy of the city is just magical with its children theater in the town square, its fantastic farmers market, its beautiful architecture, and its cafe-lined streets make for a magical experience.   Come back to see Lake Bled and Postojna Cave. 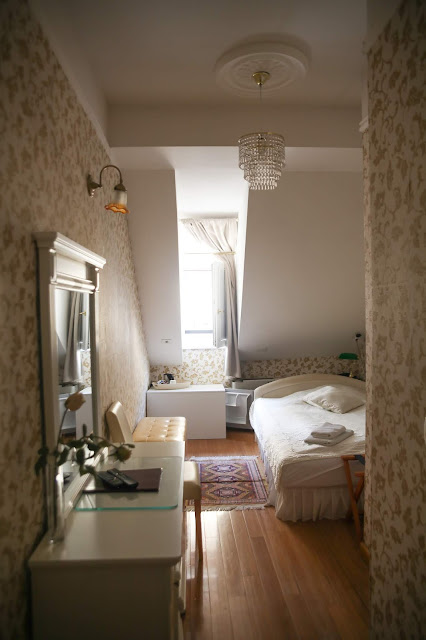 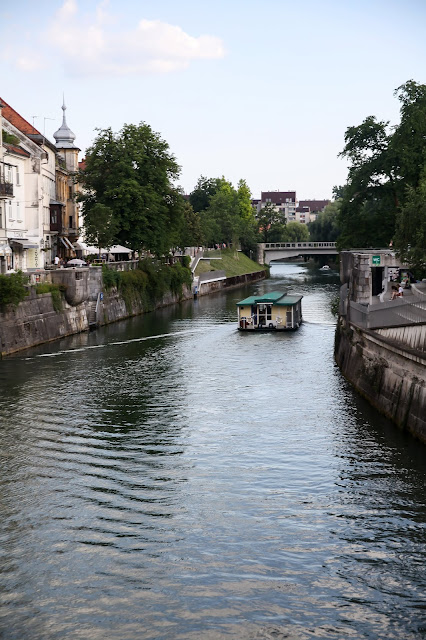 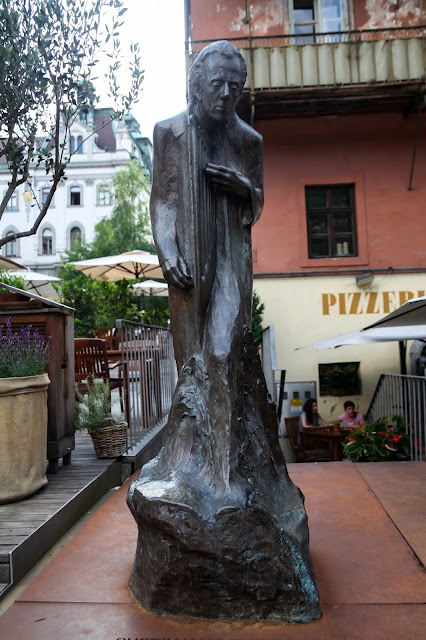 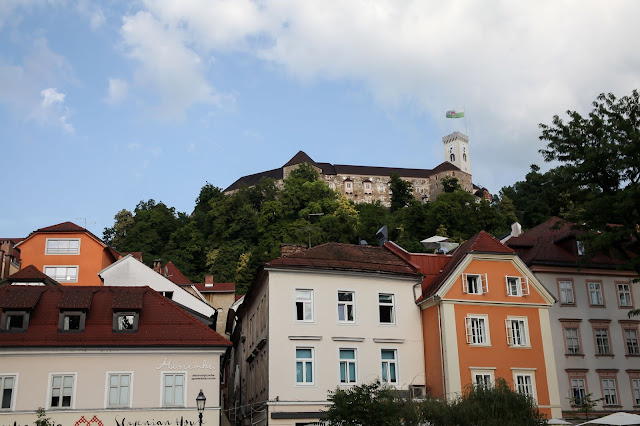 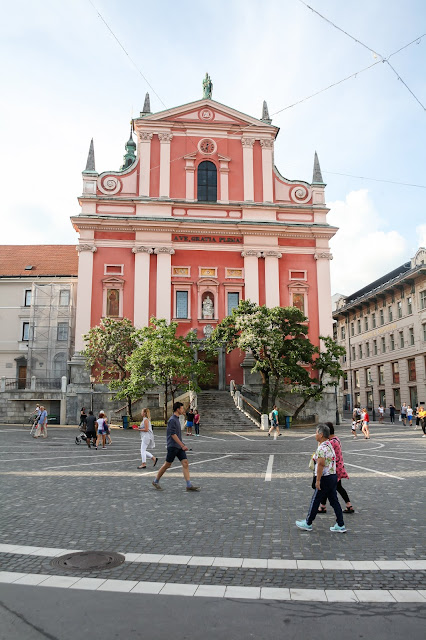 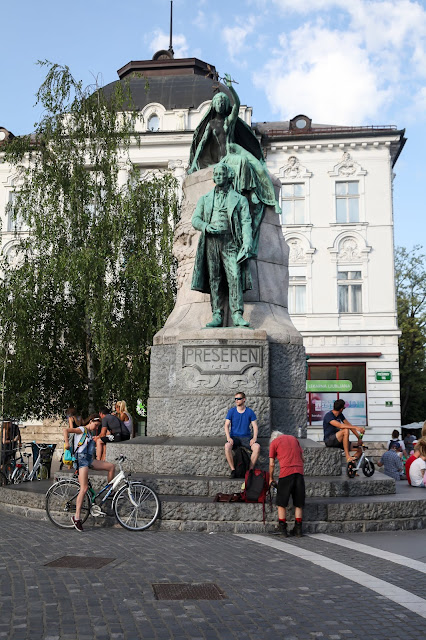 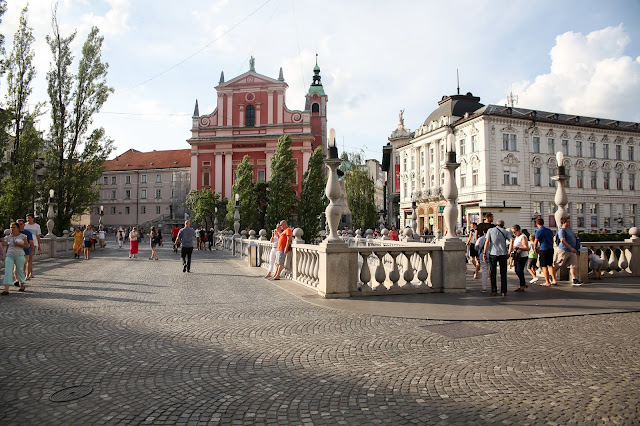 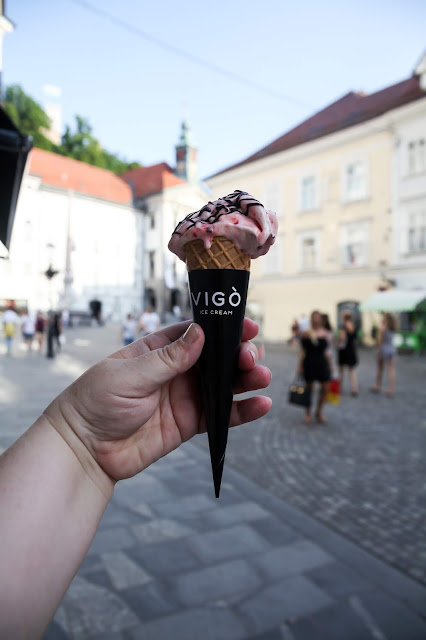 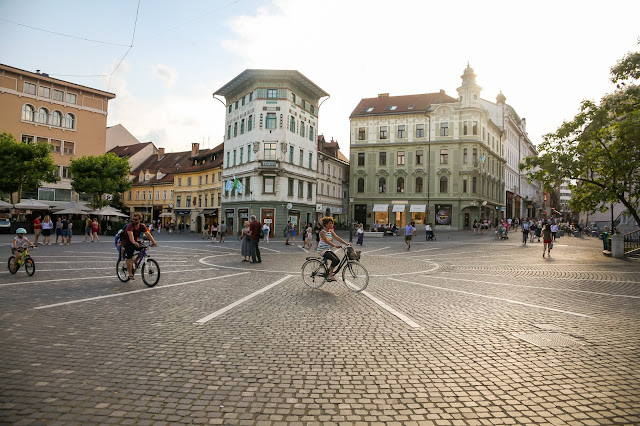 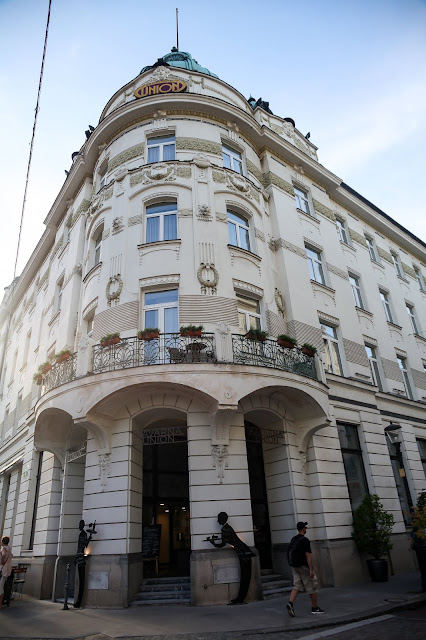 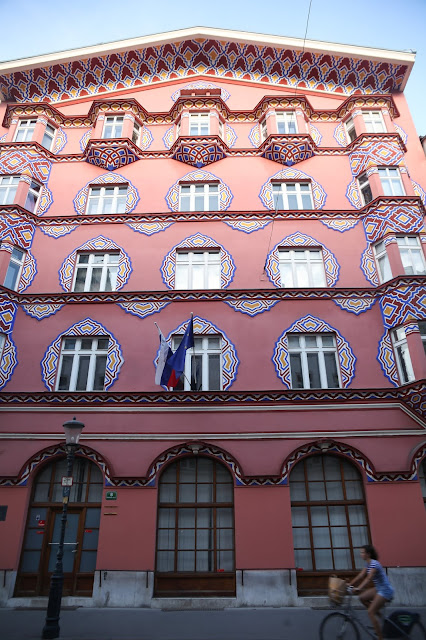 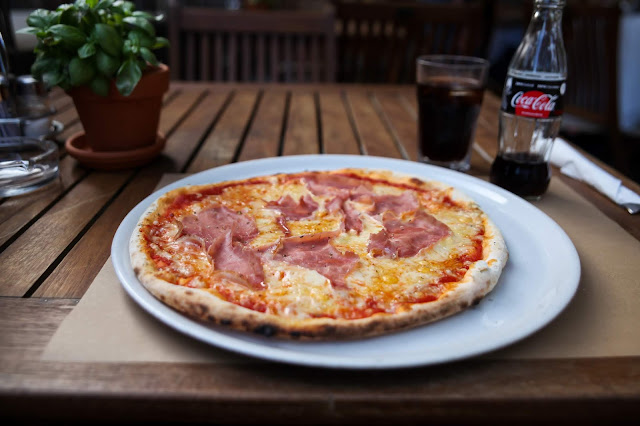 Saša S. said…
Oh how nice you write about Slovenia. Ljubljana is really very beautiful, in the last 10 years Ljubljana has been very changed for better, for tourists and locals. Perhaps, once in the future I 'll look at the center of Slovenia through the eyes of a tourist (every day I hurry up to get out from Ljubljana, traffic is disaster).

Saša S. said…
The photo from the Prešeren Square is excellent, the locals like cycling, most of them have old-second-hand-bikes. And the pizza ... everywhere in Slovenia tasting well.

Jesh StG said…
Wow, you're a great organizer, having visited so many places in your German year! What do-ya-know, Ruth's blog I regularly visit (the 3 w's (dot) tanamatales (dot) com ) just had a blog post last week about lake Bled. And I remember the same (first) beautiful pink renaissance style building as you have here.
Oh, that ice cream looks so good:) We were once in Koper (S. of Llublijana) camping at the coast.
Thank you much for sharing this beautiful part of Europe for all Seasons, Kellyn!
PS. Left you a reply in the weekend on your wordpress about my adventure in Utah:)
June 17, 2018 at 11:01 PM

Su-sieee! Mac said…
I love how you think outside of the box, Kelleyn. Many years ago the First Husband and I were in Utah. I wanted us to go to the Arches National Park so he could see the amazing arches. He said we don't need to do that. I fumed for a few miles. He pulled over and there in front of us was an amazing rock formation of an arch. lol
June 17, 2018 at 11:33 PM

Beatrice P. Boyd said…
What a lovely photo tour you have taken us on, Kelleyn. Not only did I enjoy seeing the wonderful architecture but also noticed the absence of large crowds. Thanks for all the travel tips. The ice cream and pizza looked great too!
June 18, 2018 at 4:31 PM

Anonymous said…
Beautifully described about Slovenia. People who read this will get tempted to go and visit the place.
Amazing photos and yummy food:)
June 19, 2018 at 1:59 AM

David M. Gascoigne, said…
Slovenia is my favourite country in Europe. I will be back there next year. I notice that all of your pictures are urban settings. Did you not get up into the Julian Alps or some of the other majestic areas of the country? It truly is magnificent.
June 20, 2018 at 5:03 AM

eileeninmd said…
Hello, what a beautiful city. The architecture is lovely. The ice cream and pizza look delicious, I would be happy there. Thanks for the tour, you photos are wonderful. Have a happy day!
June 20, 2018 at 6:43 AM

Minoru Saito said…
Hi! Slovenia looks very beautiful city. I enjoyed your post very much. Thanks for sharing.
June 20, 2018 at 8:33 AM