Hi!  How are you?  Hope you had a good week.  As I might have mentioned the children have fall break here in Germany.  It is a two week break. We flew to Antalya, Turkey which wasn't ever really on my radar or on my bucket list, but my husband and I wanted to go somewhere that was warm as winter is just around the corner. Germans have been flying to the Turkish Riveria for years, but in recent years due to concerns of safty tourism to this area has declined. We never felt unsafe and infact the security at the airport was even better than at the Frankfurt Airport. I have to say at first I was a little skeptical of going to Turkey. Sure, I have wanted to go to Istanbul for years, but Belek which is just an hour east of Antalya not really.  I am not really one to just sit by the pool or the the beach all day.  I love going out and exlporing my surroundings; however, I was so wrong.  It was one of the best vacations we ever had. We stayed in a really nice resort which I will introduce you to in another post, and the kids had a blast. One reason being is that they had a children's club where the kids played and did arts and crafts projects. The weather was just what we needed and the food was fantastic.  One afternoon while the children were in the kids club, my husband and I hired a private driver who took us to a waterfall called Upper Duden Waterfalls or known by locals as Kursunlu Selalesi. An hour drive from our resort was definately worth the drive. A fun discovery was the cave hidden behind the waterfall.  If you ever go, make sure you bring enough Turkish money to eat at the restaurant located along the river. The food looked delicious, but sadly we didn't have enough money on us at the time. My photos don't even do the waterfall justice.  It was so pretty. 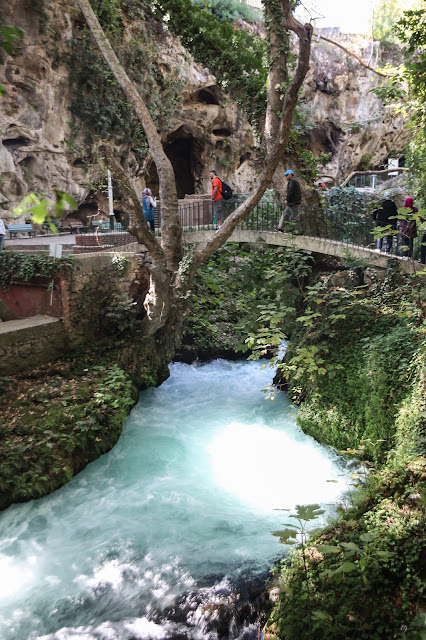 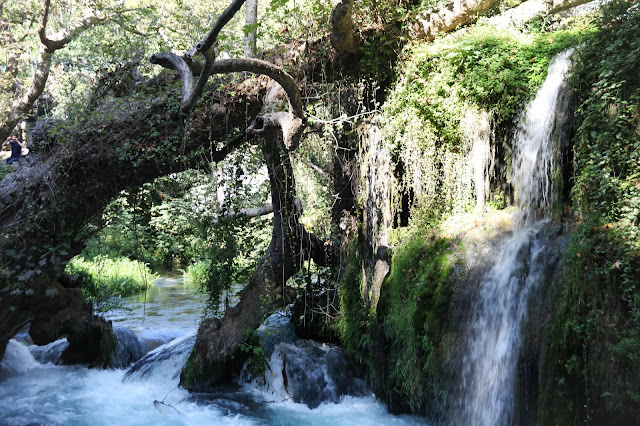 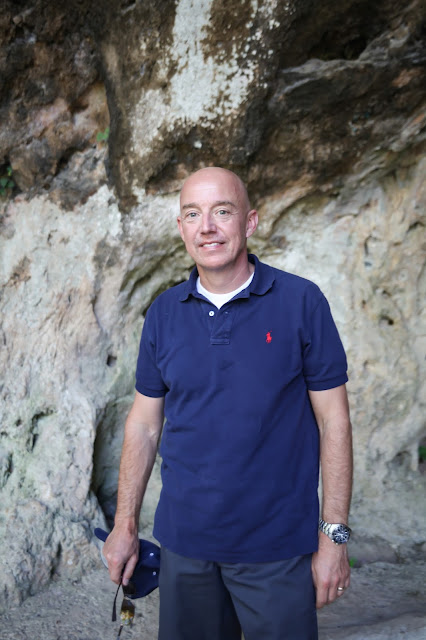 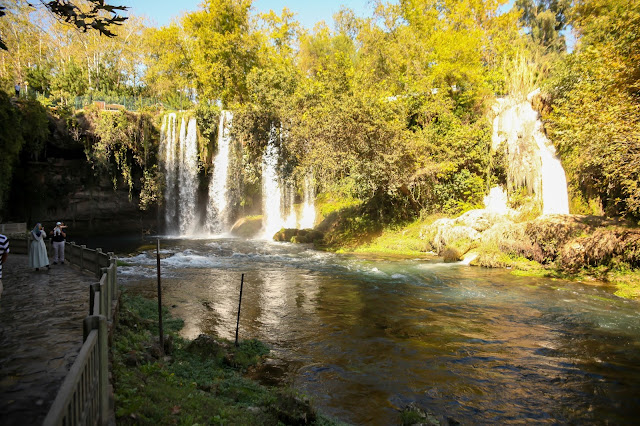 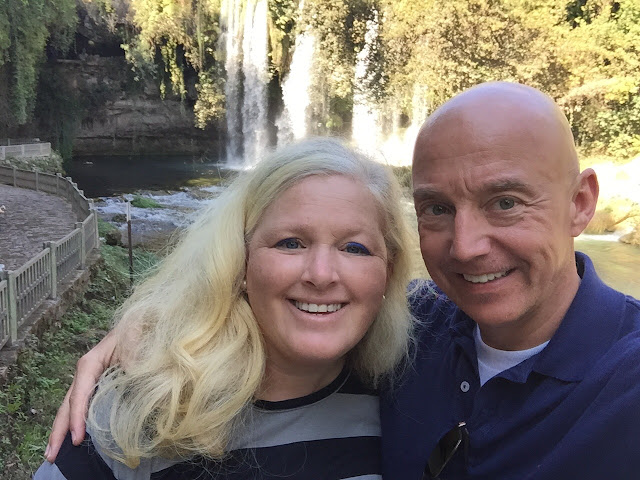 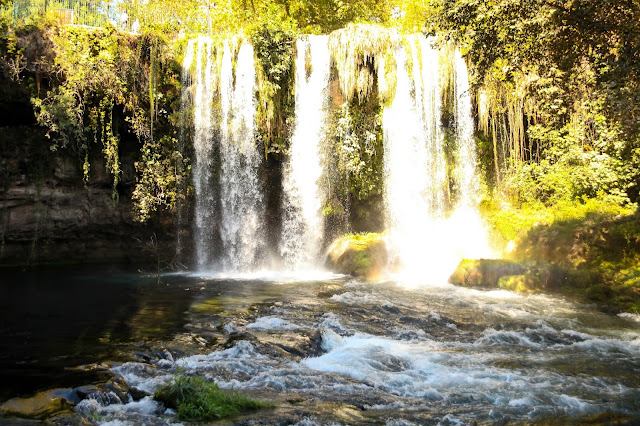 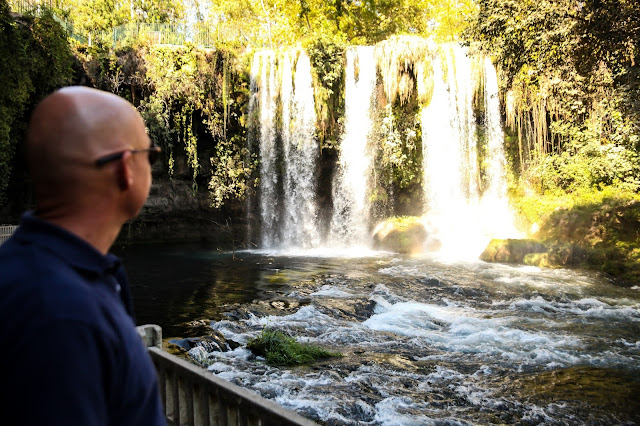 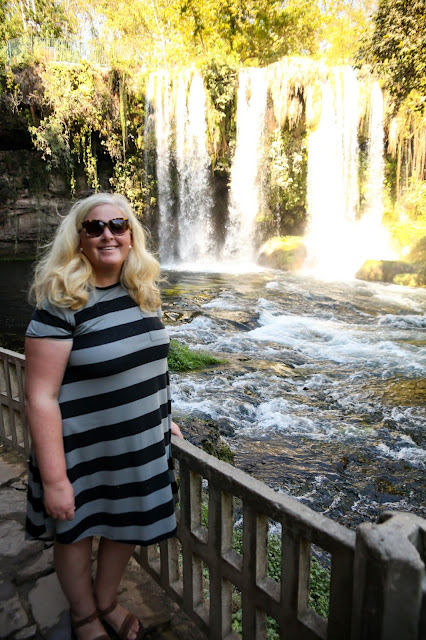 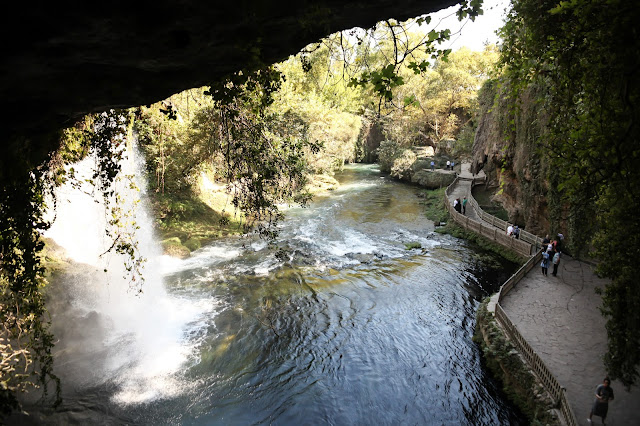 Jeanna said…
Some of those pictures look like are out of a fantasy film. I would be afraid to go to Turkey but then again it seems as if I can't look for rocks on the beach or watch football without some crazy thing happening and you know the ins and outs of travel so good for you.
October 16, 2017 at 5:03 PM

Sallie (FullTime-Life) said…
You guys are really seasoned travelers! Beautiful waterfalls...magical for sure.
October 16, 2017 at 9:51 PM

Mary K. said…
Kelleyn what a nice surprise to go to Turkey for your break. I also had concerns about the Istanbul airport and am glad to hear that it is safe. Beautiful photos, so worth the trip.
October 17, 2017 at 8:13 AM

Ruth said…
My goodness what a wonderful place. I can see myself escaping winter. I have heard about the Turkish Coast but not about these falls. I am visiting a big lake this weekend. Hope it is not that cold!
October 17, 2017 at 8:13 PM

Jeanie said…
I suppose that going to Turkey for you is like going to Canada for me. It's not that big a deal technically but it's a different country. But turkey -- seems so exotic. I'm glad you had a wonderful time. I've heard many good things. The photos are magnificent!
October 17, 2017 at 10:36 PM