Last week the children and I traveled to Kassel which is about two hours north of Butzbach. I should actually say the girls and I as Roman was exhausted and wanted to stay home with his dad. We booked a hotel via Bookings.com for Hotel B&B, and while it was a low budget hotel the hotel was amazing. An amazing breakfast, clean and the kids loved the bunkbeds in the room.  We arrived Friday evening and ate at a restaurant called Alex. The food was pretty decent but the service was kind of lacking; however, that is pretty typical in Germany. The waiters don't get tips, so there is no incentive to see if you want something more to drink. I have rarely ever had a waiter ask me if I enjoyed my food, and if I wanted a dessert. It it is up to you to indicate that you would like one and do so around the time of ordering your meal because it may take a while before they come back to see if you want your bill.  Maybe it is just a cultural preference of please don't bother me, if I need something I will ask you, but don't ask me. Anyway, I am getting off topic.  Kassel isn't my favorite city that I have been to since we have been here, but I do say the grounds of Whilhelmshoehe are pretty amazing!  We went at just the right time as it wasn't too hot and it wasn't to cold, but more importantly the leaves were just lovely.  I actually couldn't imagine going in the the heat of the summer as the steps up to Hercules Monument are a killer.  The monument is pretty incredible.  I have never seen anything like it.  It was designed to communicate man's inguneity and triumph of art over nature.  Located within the Berg Park is Lowenburg Castle which while is not as old as the middleages gives you the feeling as if you had stepped back in time. Sadly, we missed the tour which is only given on the hour. Currently, this castle along with Hercules is under considerable restoration, but you still can tour both landmarks.  I would highly suggest if you have your own car to take a little drive along the mountain road as the views of Kassel and the countryside are just incredible.  We could have probably used one more day in the city, but I feel completely satisfied that we saw the very best part of Kassel. 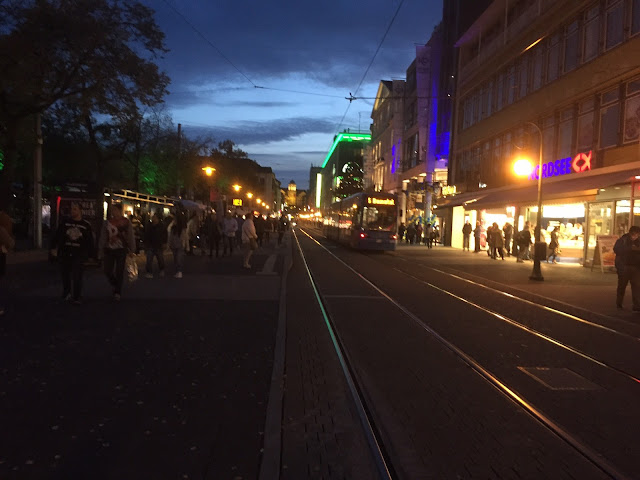 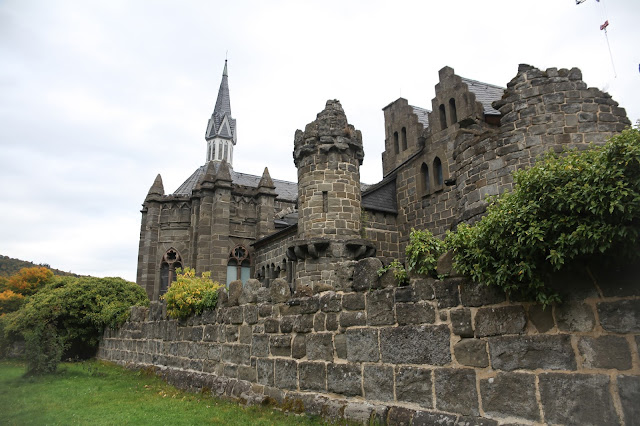 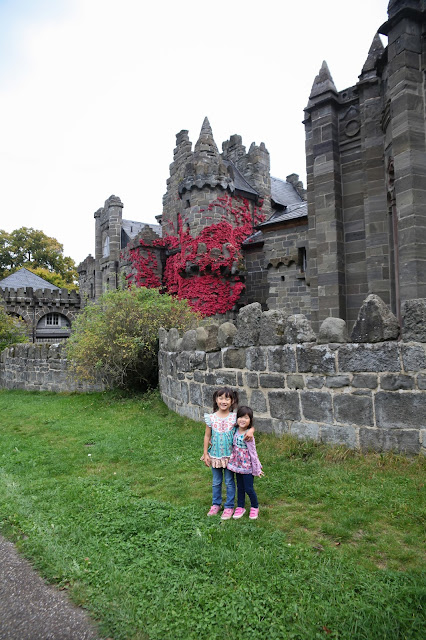 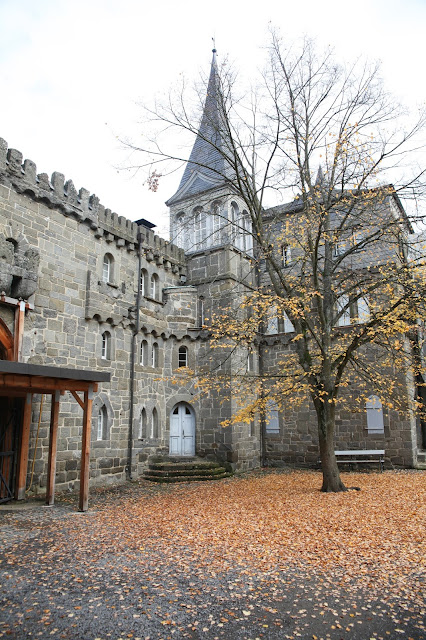 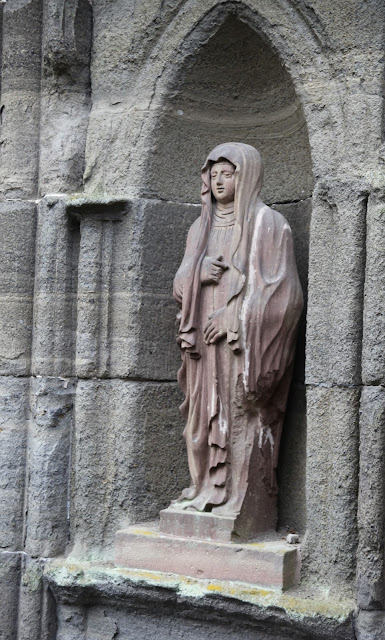 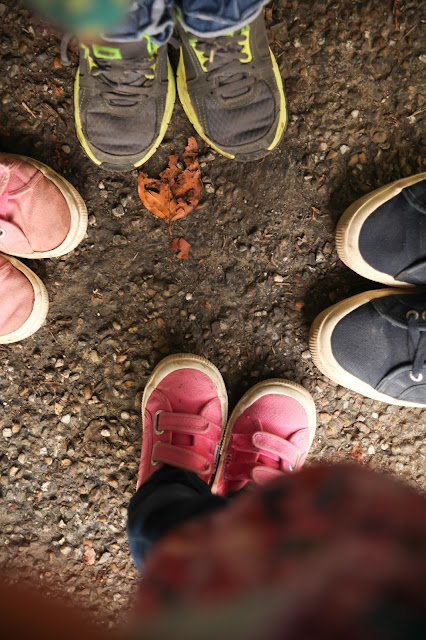 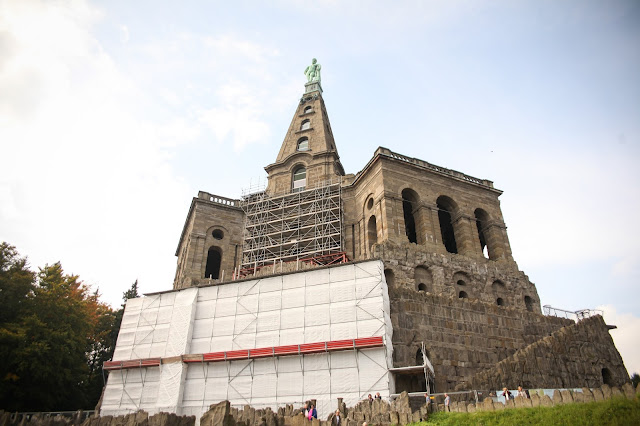 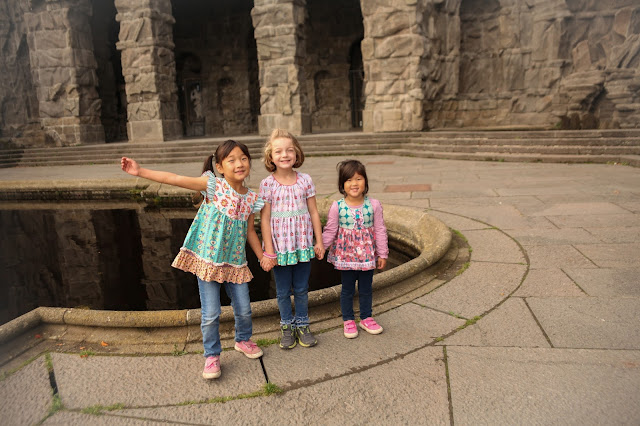 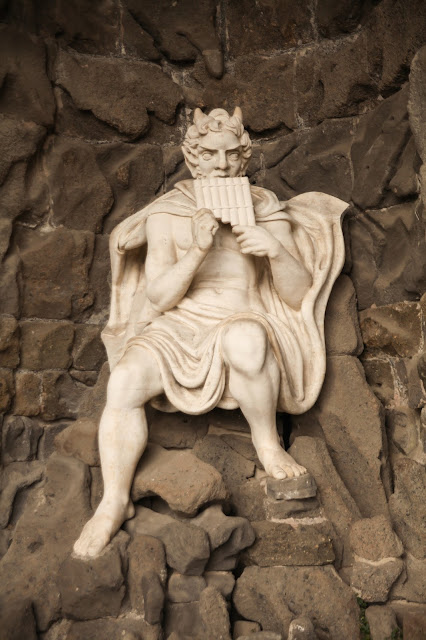 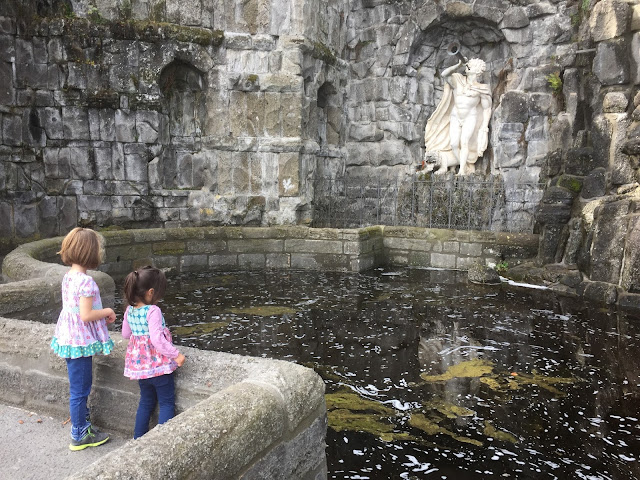 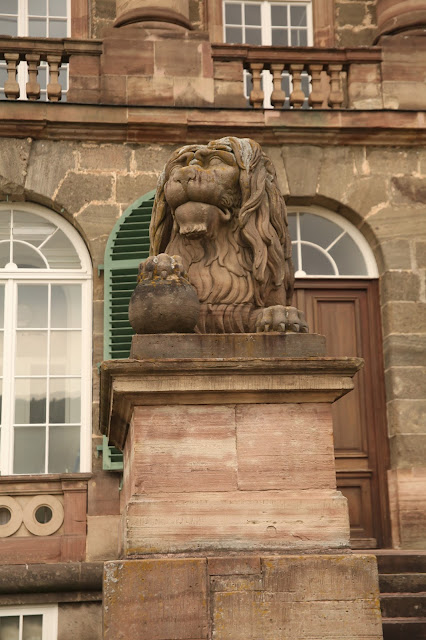 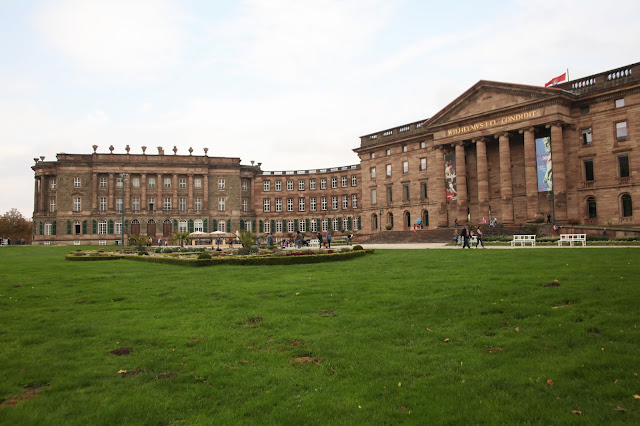 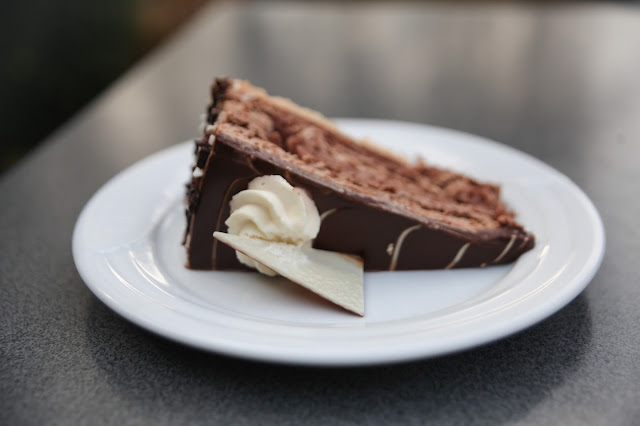 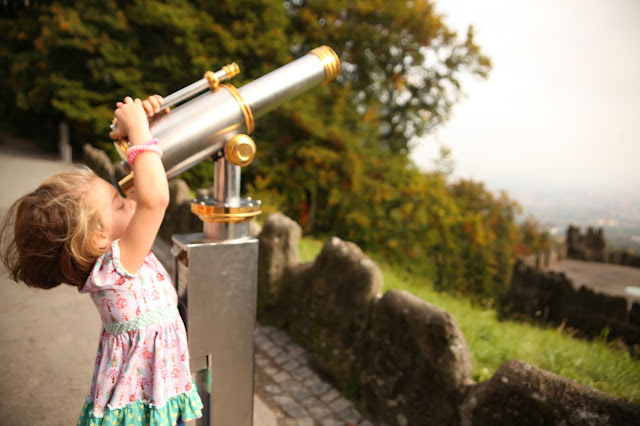 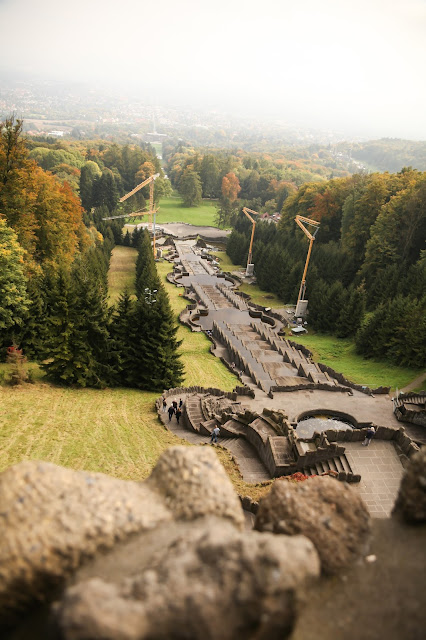 Jeanie said…
It may not be your favorite city but the photos are wonderful. And my favorite? The four little pairs of feet!
October 11, 2017 at 8:08 AM

DUTA said…
I like the lion monument picture. I would be glad to have the chance of seeing the Hercules monument dominating Kassel city.
October 11, 2017 at 9:17 AM

Anonymous said…
What a romantic looking castle! And the view of the grounds is an amazing capture, Kelleyn! Thank so much for sharing your lovely time in Kassel with All Seasons!

Had to laugh about the waiters -you're in the cultural adjustment period:):) I remember I had the opposite in the first years here in the USA, when entering a clothing store "How can I help you?" (at that time I didn't know that that was a mark of good salesman ship) Sometimes it annoyed me so much that upon that question, I turned around and left the store.
October 16, 2017 at 5:30 PM

handmade by amalia said…
What a gorgeous place, so full of atmosphere.
Amalia
xo