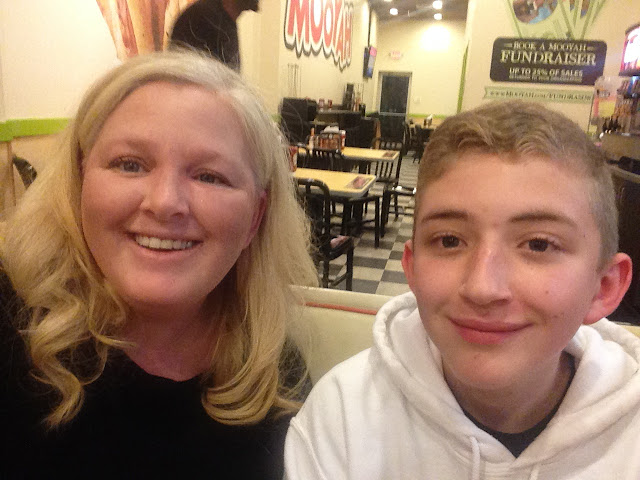 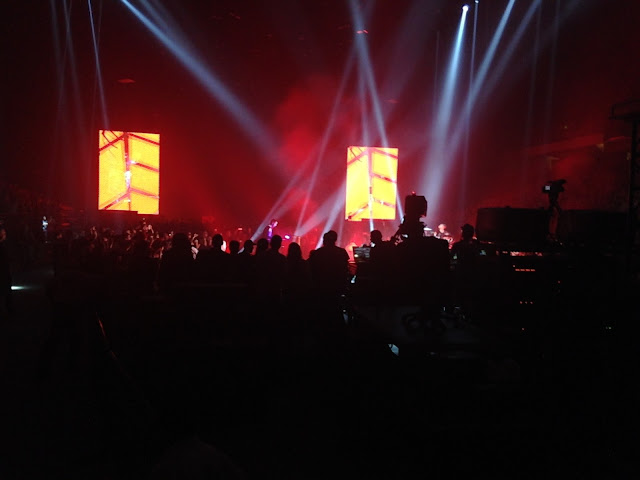 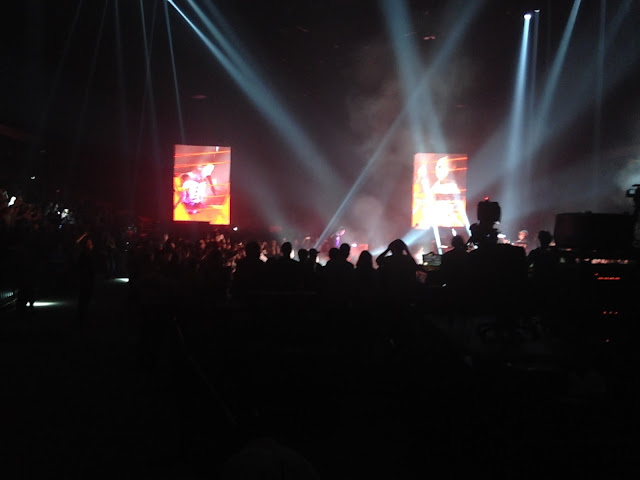 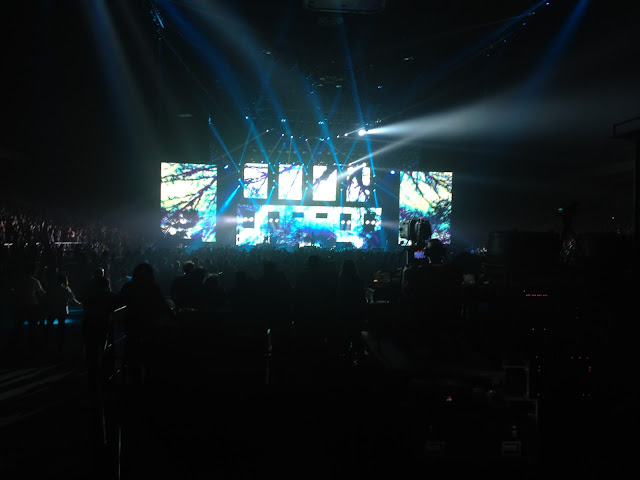 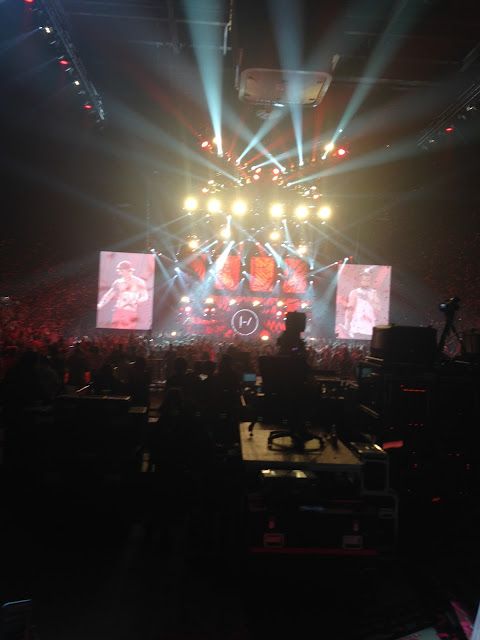 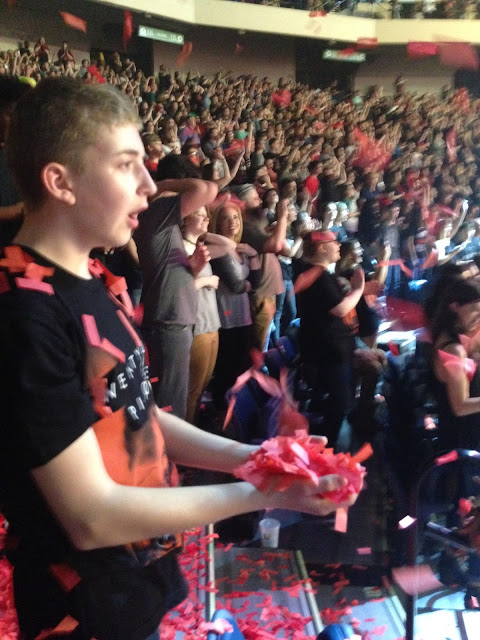 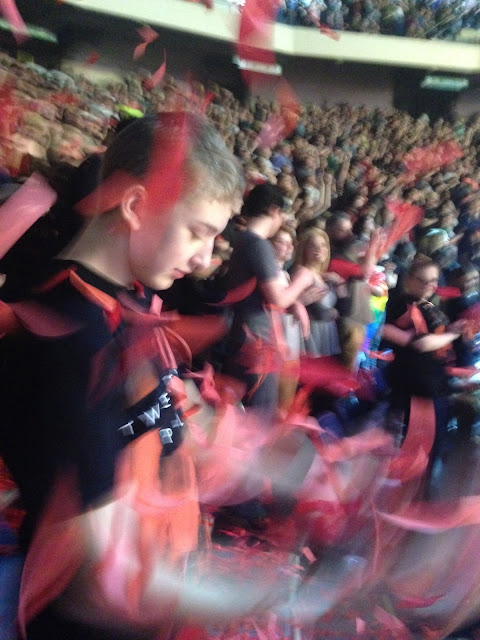 Two weeks ago, Winston and I had the opportunity to attend a 21 Pilots music concert in Birmingham, Alabama.  Unfortunately, this mama has snoozed at the wheel and missed out on buying the tickets when they had played here in Atlanta.  Thankfully, Birmingham is only 2 hours away and I had a free night at the Marriott Hotel.  The boys are beyond the age of toys, so finding something that is meaningful to them for Christmas presents can be a little difficult; however, Winston had wanted to go to this concert for ages.  We left school a little early and headed to Birmingham where we stopped for a burger and fries at MooYah Burger.  The Burgers were amazing! Then on to the concert.  I wasn't to thrilled by the opening act which was Judah and The Lion, but the next act which was Jon Bellion was pretty good.  Then it was time for 21 Pilots!  Winston was in music heaven; especially, when the lead singer came pretty close to the area where we were sitting.  He could almost touch him. Sadly, we didn't have anytime to stick around and explore the city the next morning as Addy had a birthday party to go to for her good friend Morgan.  Going to these concerts with Winston is one of my favorite things to do!
Labels: Winston

Launna said…
How exciting that you were able to share the concert experience with him. I have two girls, neither of them are into my music and I'm not very fond of theirs... it would be nice to share the experience if we could handle each others music... it sounds like you had a lot of fun xox ♡♡

Brooke Higgins said…
Thanks for sharing such an amazing post.parking luton airport
March 30, 2017 at 3:42 AM

Peabea Scribbles said…
Nothing better than being able to hang out with our children. Mine are all way into adulthood now, but still enjoy the times we can share. What handsome and pretty children. I miss mine at this age. :)