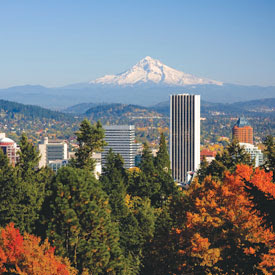 In August of 1992, I was living in Provo, Utah attending a small community college.  A couple of weeks before the semester was to start I went to the financial aide office to make sure everything was OK for the upcoming semester.  When I got there the lady in charge of grants and loans told me that I could not use both my loan and the Pell Grant that I had to much money.  I think I probably looked at her with a sign of questioning on my face along with a face that she had horns coming out of her head.  What do you mean I have too much money?  The combination of these two grants would barely pay for my school year.  Their had been some change in the rules and I could no longer use both loans.  I could use one or the other, but not both.  I left the office not knowing what to do.  The job market in Provo was horrible and with a minimum wage of $4.25 even if I were to work 20 plus hours there was no way I would be able to cover my expenses.  My parents were in no position to help me.  I could move to my father's in Massachusetts and go to school in Lowell.  My mom had moved from Anchorage, Alaska to a small town in Nevada and there were no possibilities there for me.  Later that day, I spoke with my girlfriend and she said I could live with her and get a job and go to the community college there.  I am not sure why that spoke to my heart in comparison to living with my father, but it did.  Two weeks later, my mother picked me up and drove me to Portland, Oregon.  I arrived on a Saturday and the next day I went to church where I met a guy whose co-worker was looking for a part-time Nannie   It was perfect!  I interviewed for the job and go it!  The best part was not only was the salary enough to help with my tuition, but I could live with them and had a car that I could use to get around.  The job didn't start until noon when their five year old got home from school which meant I could take classes in the morning.  Call it Serendipity, call it fate, or call it God a door was closed, but another one was opened.  I know it was meant to be!  To be honest, I was actually unhappy with living in Utah.  I missed the ocean and I missed the green.  Portland was perfect!
Labels: corner view

Francesca said…
makes you wonder what's wrong with our society that makes it so difficult for students to get an education. glad it all worked out well in the end.
December 5, 2012 at 10:38 AM

Heather said…
I love happy endings and am so glad it worked out for you!

Unknown said…
Great story! Things always work out. I was in Provo during that time too, although probably home for the summer in August.
December 5, 2012 at 7:05 PM

Shauna said…
I love stories like this one. It gives hope and restores faith to the reader. And great for you to look back on for encouragement if needed. Hope you are well and happy,

shayndel said…
Great story of serendipity! Life is a serendipitous journey if we let it and follow in the flow as you show!!
xo♡
December 6, 2012 at 11:38 PM

dawn said…
Never been to Oregon or Utah but Washington State stole my heart the second I left Sea_tac.
Don't you love how things are just meant to be.